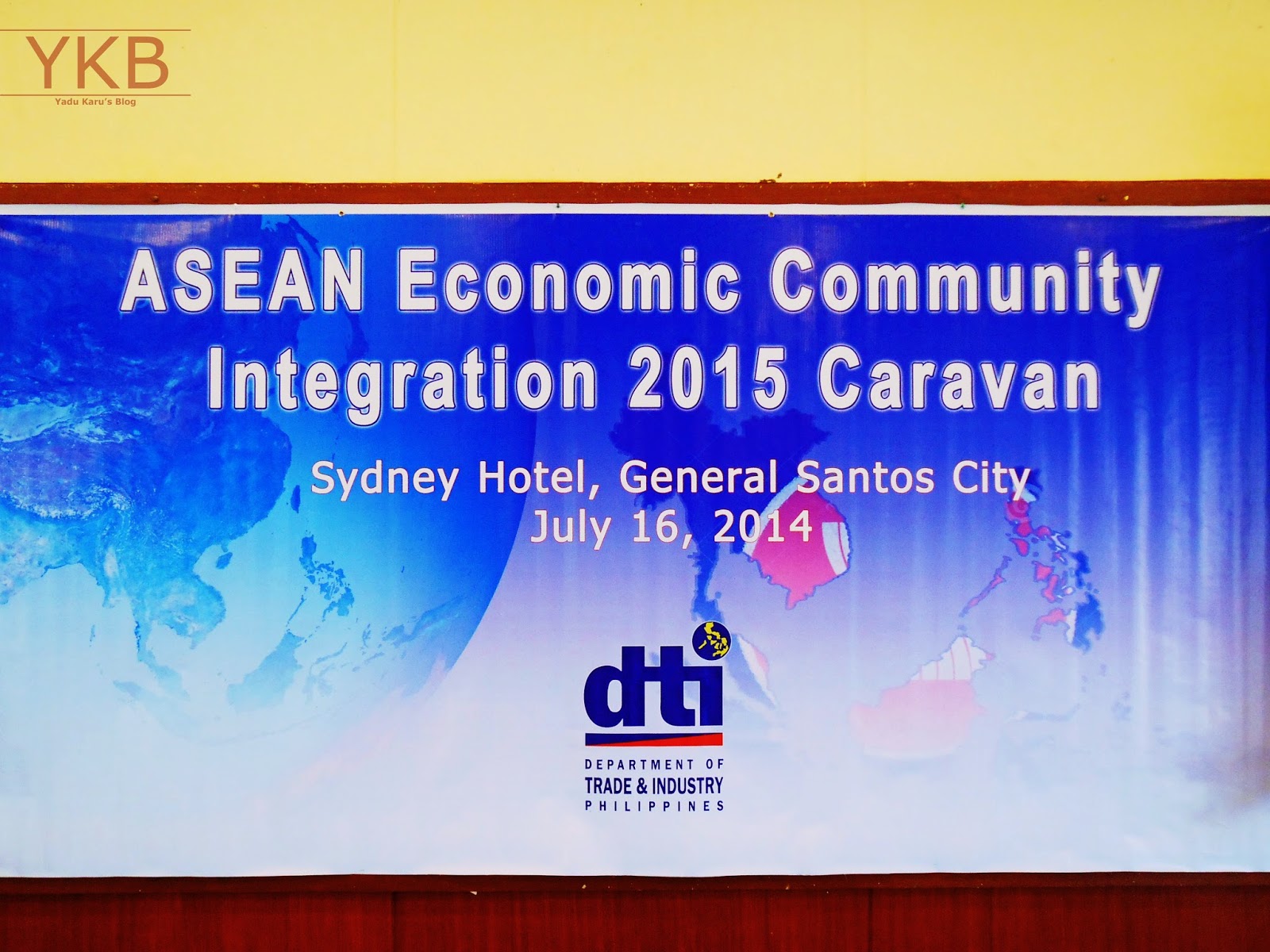 The Department of Trade and Industry (DTI, Region XII) conducts series of information dissemination caravan in SOCCSKSARGEN area for the preparation of the ASEAN Economic Community (AEC) Integration in 2015. As part of the campaign, DTI Sarangani conducted forum about it last July 16, 2014, at Sydney Hotel, General Santos City. Various stakeholders from Sarangani Province attended the forum to know what this ASEAN integration is all about.

In the first presentation, Mr. Senen Briones, DTI (Main Office) Export Marketing Bureau talks about the Overview on the ASEAN Economic Community and the Philippine Free Trade Agreement. In the second presentation, Mr. Albin Ganchero (also from the DTI Export Marketing Bureau) shares about Trade in Goods. While Mr. Leonard Flores, Chief Trade & Industry Development Specialist Industry Development Division (DTI Region XII) shares about services of DTI and its role in helping Small-Medium Enterprises (SMEs) especially in the time of ASEAN integration in 2015. Reactors from different sectors are also invited to give their comments and recommendations about it. Mr. Jose Lorde Villamor represents the academe; Mr. Edmundo Y. Cejar from the business sector; and Mr. Fred Basino from the IP Group/Professionals. 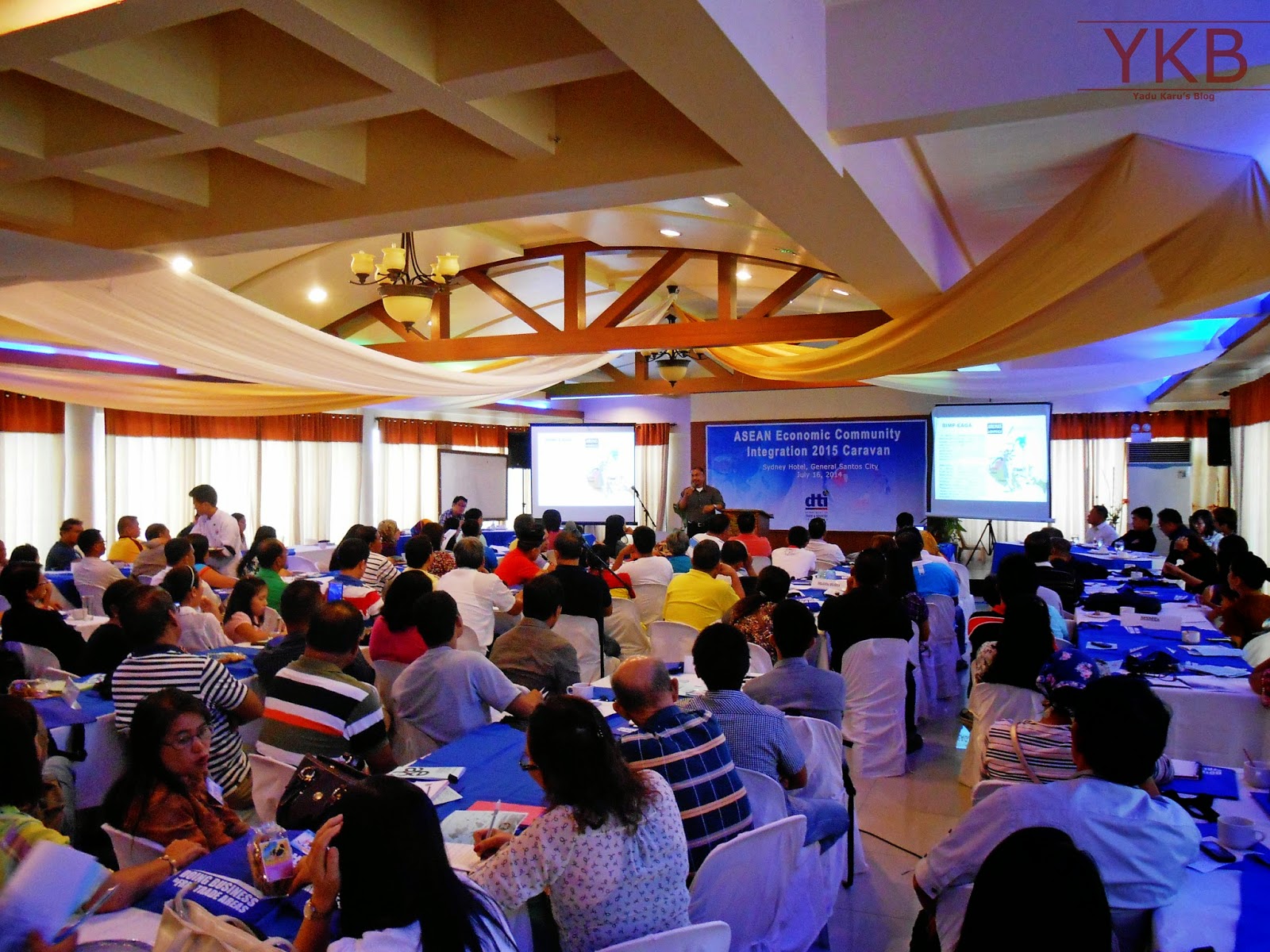 “The Association of Southeast Nations (ASEAN) is envisioned as ‘a concert of Southeast Asian nations, outward looking, living in peace, stability and prosperity, bonded together in partnership in dynamic development and in a community of caring societies.’ It is composed of ten Southeast Asian nations. The five founding members, which established ASEAN in 1967, were Indonesia, Malaysia, the Philippines, Singapore and Thailand; Brunei Darussalam (joined in 1984), Vietnam (1995), Lao People’s Democratic Republic (Lao PDR) and Myanmar (both joined in 1997) and Cambodia (joined in 1999).”

“ASEAN is a region of significant economic and strategic importance, located in the heart of Asia and centered on important trading routes between Europe and Asia and the Pacific. It is also a region characterized by a wide diversity of land, people, political systems and languages – as well as divergences in terms of economic activity and stages of development.”

An ASEAN community is bonded by the three pillars in reference to the Bali Concord II. These three pillars are – ASEAN Political-Security Community, ASEAN Economic Community and the ASEAN Socio-Cultural Community.

“The objective of the AEC is to create a ‘single market and production base’ in Southeast Asia where there is ‘free flow of goods, services, investments, capital, and skilled labor’. In other words, it aims to make ASEAN a single market.”

As cited, these are the key advantages of ASEAN Integrated Community

As cited, these are the key disadvantages/problems of ASEAN Integrated Community


Leave a comment below and let me know what you think.
Thank you

Department of Trade and Industry – www.dti.gov.ph

What are the Advantages and Disadvantages of ASEAN?
https://ph.answers.yahoo.com/question/index?qid=20090203040752AA1iNIz

Achieving the ASEAN Economic Community 2015: Challenges for the Philippines