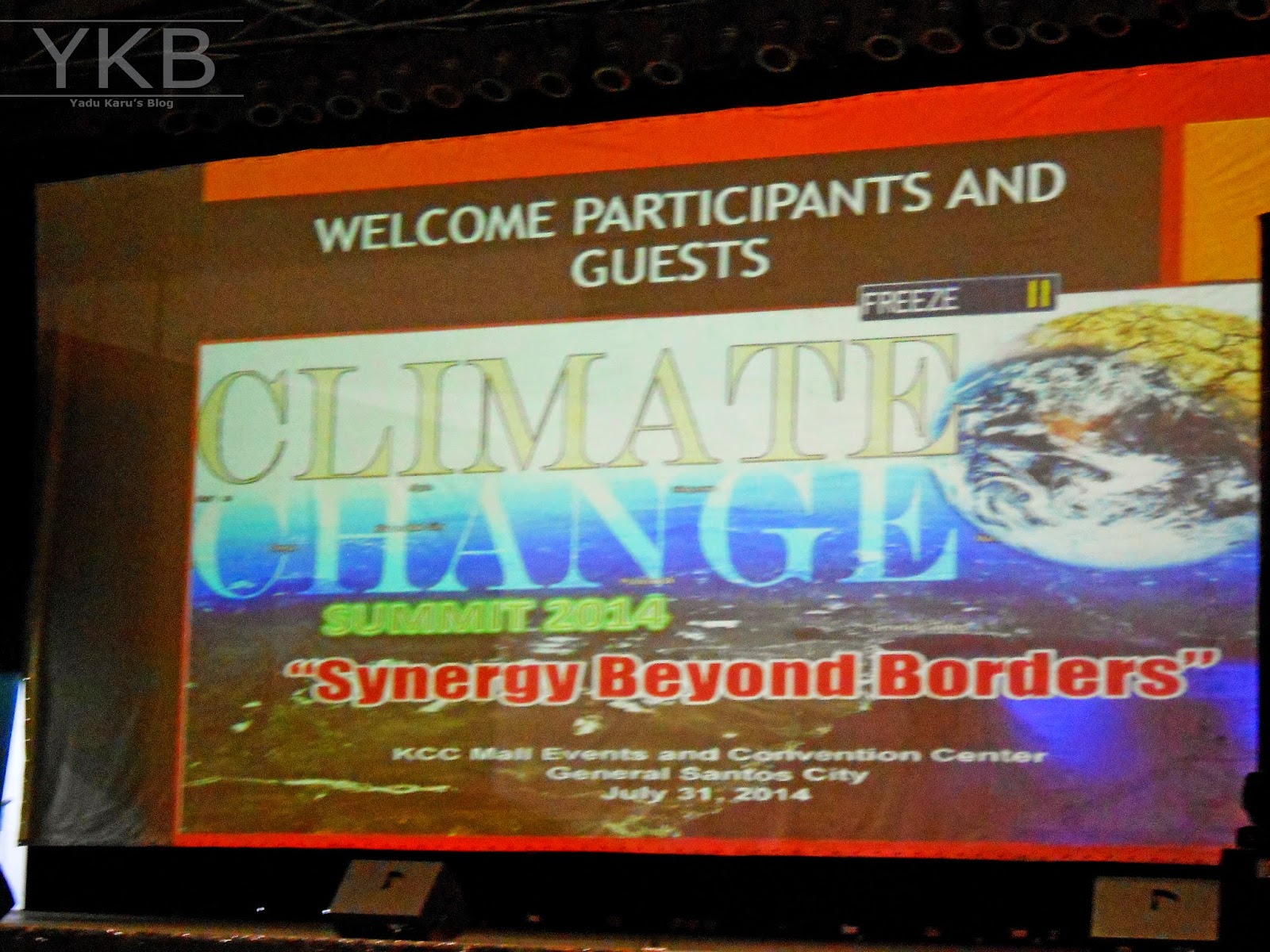 The Local Government of General Santos City in partnership of the City Disaster Risk Reduction and Management Council (CDRRMC) and Sangguniang Panlungsod – Climate Change Committee conducted the Climate Change Summit last July 31, 2014 at KCC Mall Events & Convention Center. With its theme “Synergy beyond borders”, the summit discussed different issues of climate change and its implication in GenSan and in the neighboring provinces. Different stakeholders participated in the said summit. It presented the right mitigation and adaptation measures that will be used in their respective communities.


The first speaker was Mr. Oscar Victor Lizardo , the Chief Science Research Specialist, DOST-Project NOAH. He presented the concept of Project NOAH – a project under DOST – and its importance in disaster preparedness. “There’s no such thing as natural disaster…it is the reflection of people’s vulnerability,” he asserted. He gave examples and differentiated the words hazard and disaster to avoid confusion. “A typhoon or an earthquake is a natural hazard. We cannot do about it. If this natural hazard causes destruction to properties and kills lives, it is a disaster,” he explained. Mr. Lizardo also stressed the importance of data in predicting disasters. “You need a lot of information to predict disaster,” he pointed out. “If you have the right information in the right time and if you communicate this information or its risk effectively. More lives can be saved,” he added.

In the second speaker, Mr. Jose Maria Lorenzo Tan, President and CEO of World Wide Fund (WWF)-Philippines, he talked about Capacity Development. In his presentation, he shared about their research project in collaboration with BPI Foundation entitled WWF-BPI Foundation’s Project: Business Risk Assessment & the Management of Climate Change Impacts. “The point is to understand climate change and not to fear it,” he said. “In this problem, we should be proactive and not reactive. "We should have multi-faceted solutions to have desired results,” he added. Mr. Tan also pointed out the importance of scenario building in forecasting disasters. He said that disaster preparedness plan(s) for Manila is different in GenSan. In every city, there’s a different approach for it. So scenario building is important to see the risk and opportunities.

The third speaker, Atty. Jennifer L. Ramos, shared about Climate Proofing a Watershed. She discussed about watershed and its importance in human activities. She presented its issues, threats and impact of climate change to watersheds, the adaptation and maladaptation measures.

The Climate Change Summit also presented the output of the workshop that was participated with the different stakeholders of GenSan last June 2014. They used the method of Focus Group Discussion (FGD) to extract the current issues and concerns in Food security, Water sufficiency, human security, Climate Smart Industries and Services, Sustainable Energy, Ecosystem Resiliency and Environmental Stability.

The summit also had an open forum to give the participants an opportunity to share their concern and ask more about climate change. (See the video below)

It is good that the Local Government of GenSan initiated this activity. It is important in every city and provinces to be prepared whenever disaster will hit in the country. Proper mitigation and adaptation measures to climate change should be formulated to lessen the risks and its impacts.

Leave a comment below and let me know what you think.
Thank you
Labels: climate change Gensan SOCCSARGEN Summit sustainable development