Jenny as a Wonder Mom 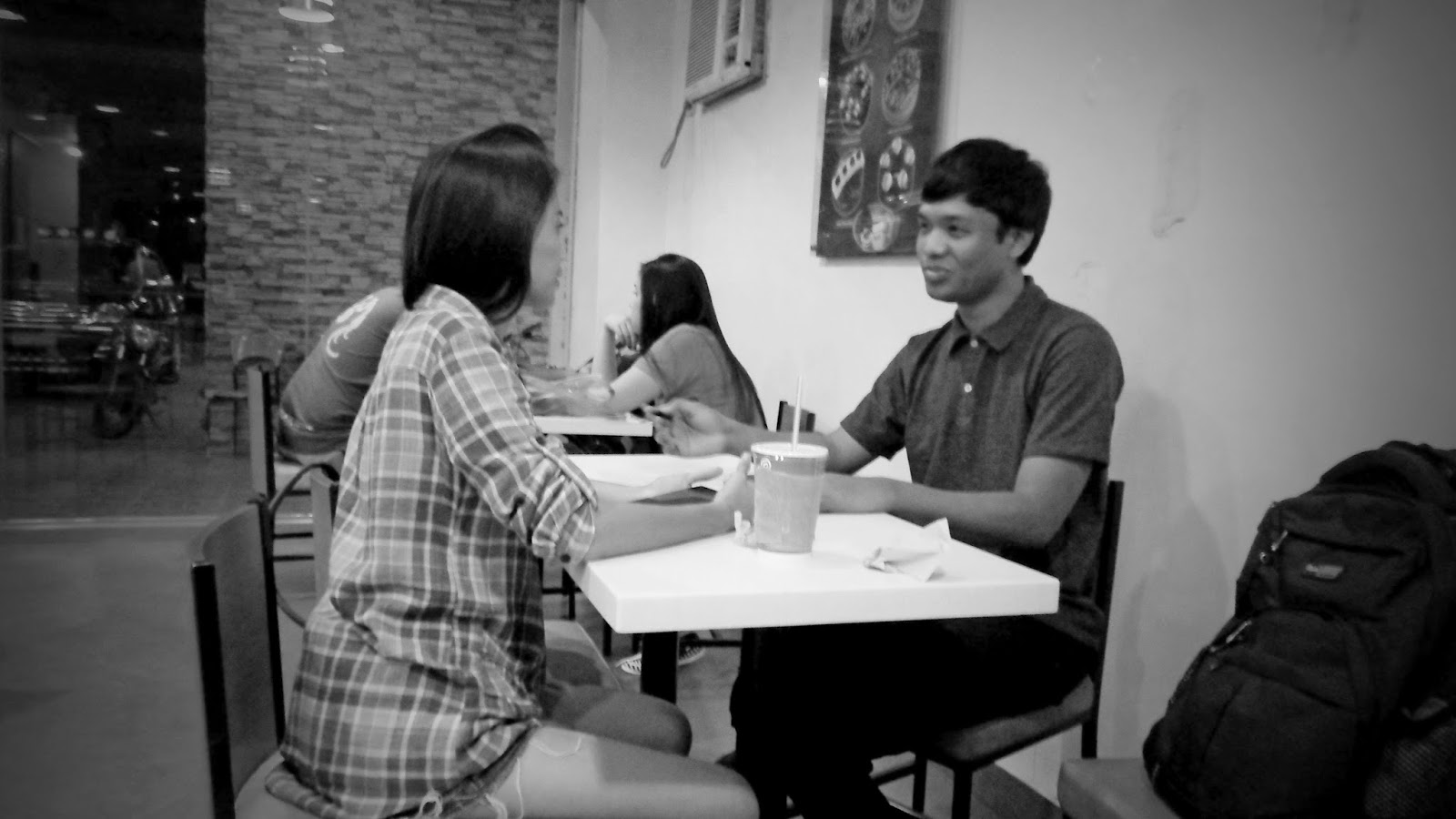 What if someone close to you have Cerebral Palsy? What if your son or daughter has it, or your brother or sister? What would you do? For Jenny Blancaflor Sagabay, she accepted this challenge. She is a single mother with a daughter having this physical disability. Listening to her story makes me want to cry yet it inspires me because she is a survivor, a wonder mom in this modern age.

I first met Jenny when I attended the OMG seminar organized by Gems Tadefa last May 24, 2014. When I saw her spoke in that seminar, she is upbeat and full of positive energy. I got the chance to talk to her personally when I attended the NCCA Project Writing Proposal last August 15, 2014 at Greenleaf Hotel. We talked about her ideas, advocacies and future projects. That time she shared the condition of her daughter and I was surprised and at the same got amazed of her story. But we did not have that longer conversation because I have an appointment to attend.

Jenny took up Mass Communication in Notre Dame of Dadiangas University (NDDU). She met her husband, Hvenswill  Mcvonn Sagabay, in the said university. Despite all odds, they got married early and became parents to Aianah Jo Ann Sagabay.

"When the doctor diagnosed her with cerebral palsy, I felt that the world is going to collapse"

"At first we did not notice any strange demeanor about our daughter. After nine months I observed something. Her (motor) development is delayed", she said. "So I consulted a doctor to know what the problem was. "When the doctor diagnosed her with cerebral palsy, I felt that the world is going to collapse", she recounted. They accepted this fact and continued to love and care for their daughter.

“It was really painful. I experienced depression and have had few suicidal attempts .”

“It was really painful. I experienced depression and have had few suicidal attempts”, she said. "How can I raise my daughter without her father? I draw strength from my husband because he is a ‘looking in a brighter side of life’ type of man”, she added.

She did not pursue any work related to her course. Instead she went to Davao City to work as a Call Center Agent. Though this kind of job pays well, it was not enough to sustain her family’s needs especially her daughter’s condition.

In Davao, she is “alone”. She felt the loneliness and “lost” for a while. The memories of her husband always linger in her mind. The condition of her daughter and their financial difficulties add to her misery. She even question God on why she had those problems. “Because of the problems that I had encountered before, I questioned God about it,” she said. “I questioned Him on why He gave those problems”.

"It’s like He showed me the way. I did not mind what will be the outcome of it, I just went there and reconnect with Him."

As what the popular adage goes, “God moves in mysterious ways”. In 2010, Jenny saw a billboard of the Kerygma Conference in Davao City. Without hesitation, she attended the event. “It’s like He showed me the way. I did not mind what will be the outcome of it, I just went there and reconnect with Him,” she said. “When I was there, my tears just fell in my eyes. I just cried throughout the event. It’s like I unload the burden that I carried for the long time,” as she described. 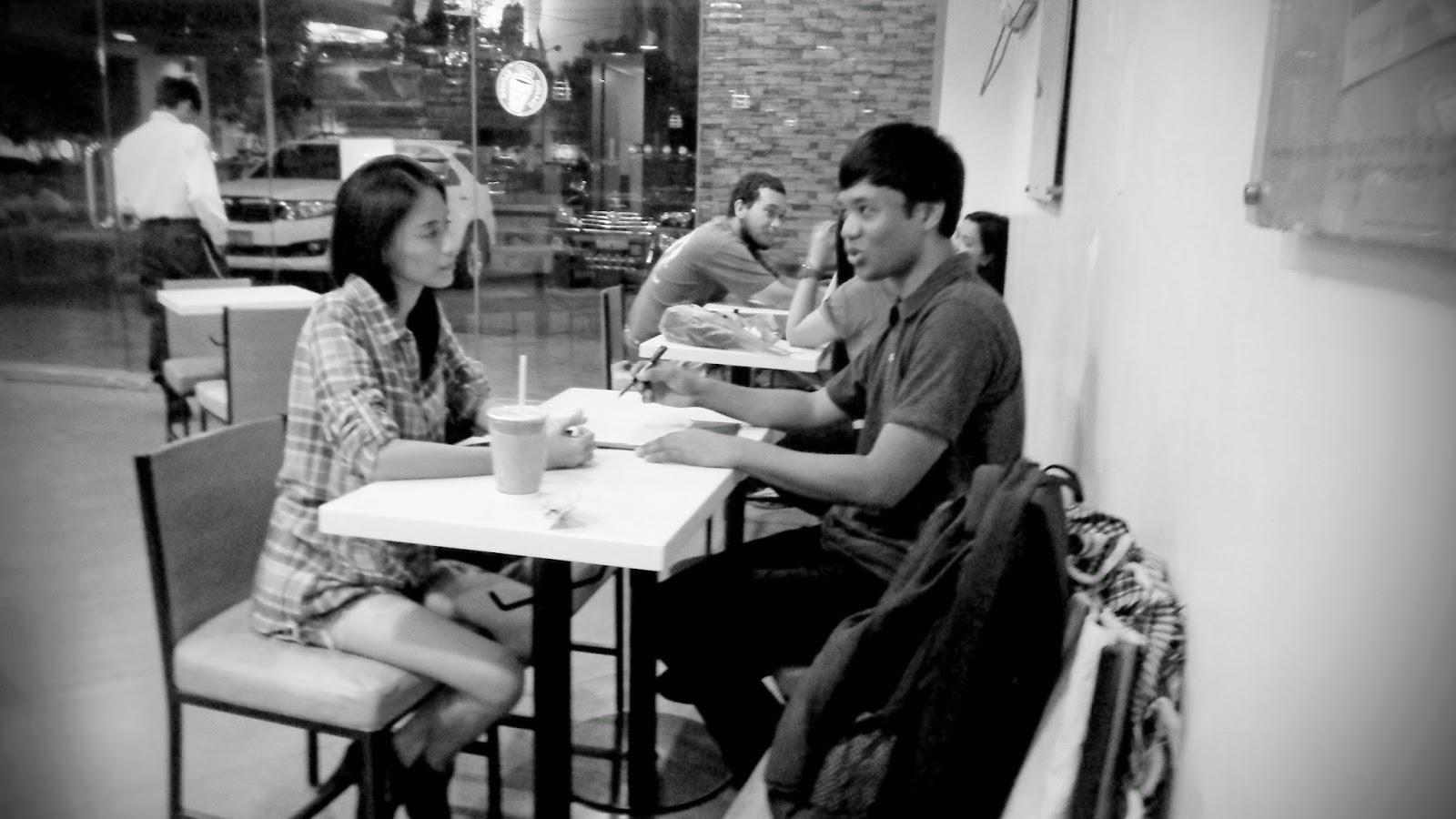 That conference changed her life. She started a “new life” full of hope and enthusiasm. She quit her job as a call center agent to spend more time with her daughter and pursues online jobs. “At first it was hard because I did not have a computer,” she said. “I only used computer in the internet café to talk to my boss and clients. When I was starting, I got only minimal pay. But it did not stop me to do my job passionately,” she added. Her patient, courage, determination and faith in God lead her to become successful in this field.

"Acceptance is the first step to overcome this challenge.”

The condition of Aianah became her inspiration to help other parents who have the same problem. “As I have encountered, not everyone is open about this reality,” she said. "Most of the parents who have a child with learning or physical disability do not accept the fact that their child has it. Acceptance is the first step to overcome this challenge,” she added.

“It is a sad fact that our government is not really into this thing. Compare to other countries like Canada that supports those who have learning and physical disabilities, our country has a lukewarm approach to it."

“It is a sad fact that our government is not really into this thing. Compare to other countries like Canada that supports those who have learning and physical disabilities, our country has a lukewarm approach to it. As I have notice, there are no schools that can really cater this demand. Though there is SPED school for students with disabilities, SPED has the same problems with our public school system. Instead of criticizing this problem, I focus more of my energy in finding solutions to it. In our own little ways, we help each other,” she said.

Talking to mothers, sharing knowledge about Cerebral palsy and blogging about it are some of her contributions to help other parents overcome this challenge. “Some parents do not understand the condition of their son or daughter. They do not know what to do. They lack information and support. That’s why they limit their child on what they can do because they feel ashamed of it,” she pointed out.

“Since I want my daughter to become independent, I want also other parents to think that way. I want them to think that their son/daughter is unique and not a burden.”

She organized a support group in Lighthouse school – a (private) school just like SPED which catered students with disabilities. She wants to empower parents and help them to become proactive in finding solutions to their situation. “Since I want my daughter to become independent, I want also other parents to think that way. I want them to think that their son/daughter is unique and not a burden,” she affirmed.

She has lots of ideas and projects that want to materialize. For example, she wants to help those parents who situated in far flung areas with the same problem. “Aianah’s physical therapist (PT) shared a story about a mother from Glan, Sarangani Province. Since she is not well off, she has a difficulty in accessing medical support for her child. That story inspires me to help and find proactive solutions to it,” she said. As for the moment, she is gathering data and connecting to the right people for her advocacy. “I am preparing my proposals and finding the right funding agency to support it,” she said.

“Your child is a blessing and not a burden."

“Do not be scared or discouraged,” as she advised. “Your child is a blessing and not a burden. Help your child to become independent, to become a productive member of the society. If you have a child who has cerebral palsy or any learning/physical disability, accept it. Acceptance is the first step to overcome it. Encourage other family member to accept that fact and be positive about it,” she added.

It sounds difficult but this woman proves the impossible.

To know more about Jenny, you can check her blog at
http://mommateng.com/