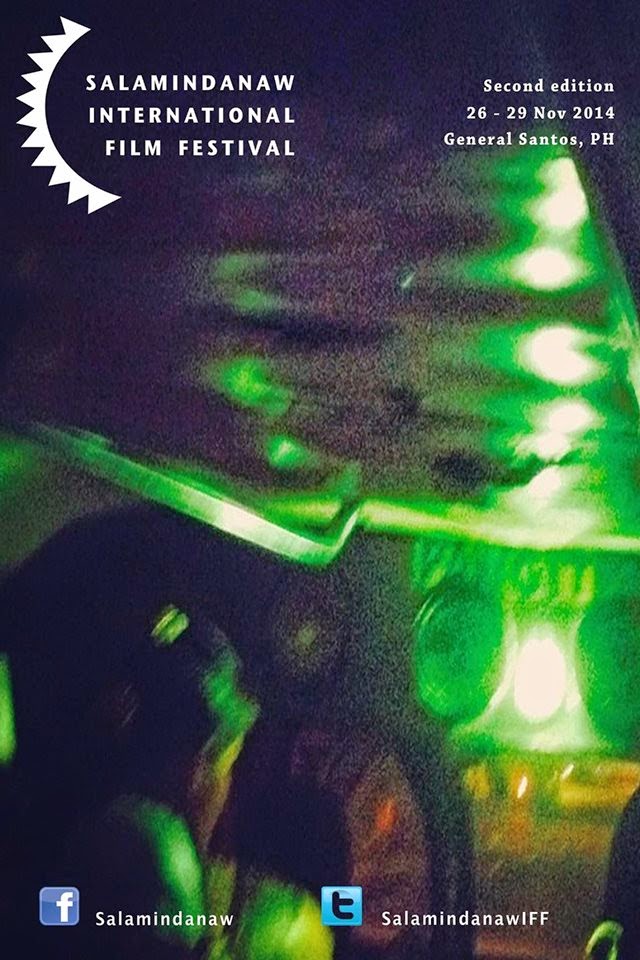 The second edition of SalaMindanaw International Film Festival starts tomorrow, November 27. Here are eight things you need to know about the Festival.

1. The redesigned Festival logo features the durian –an enduring cultural symbol in Southeast Asia— with eleven protruding spikes representing the countries of the region. SalaMindanaw envisions to be an important platform in the development of regional cinema in Southeast Asia.

2. For its sophomore edition, the Festival theme shall be ‘Deconstructing Cinematic Space.’ As it continues to celebrate the development of regional cinemas across Southeast Asia, the Festival attempts to veer away from the traditional space of film screening, that is the movie house, and explore alternative and non-traditional screening venues like buses, parks, markets, and barangay centers to bring films closer to the people. The Festival’s main screening venue is in a university because SalaMindanaw recognizes the educational and cultural value of cinema.

3. The Festival will launch a film magazine, The New Durian Cinema, which is devoted to the discussion of regional cinema in Southeast Asia. It is not enough that we show films, cinema must also become part of a critical consciousness. The magazine hopes to help in the formation of such consciousness.

4. The Festival boasts of the quality and integrity of its film programming. This year, more than 30 films of various lengths, genres and genres will be presented in the Festival. Films will vie for the Golden Durian Award in the Asian shorts and Mindanao shorts category. A Festival prize shall be bestowed to the breakthrough film in the new Philippine Next Cinema section.

5. Relying on its vision and integrity, the second edition of SalaMindanaw is crowdfunded which means that much of its funding is in the form of donations from its supporters all over the world.

6. The Festival is a cultural investment for the development of the people of Gensan and the region. The aim is expose more people to diverse cinema as well as educate and provide them the opportunity to better understand the world they inhabit. For this reason, all screenings and parallel activities are free to the public.

7. It is helmed by one of the most important filmmakers in Southeast Asia – Teng Mangansakan. The Festival’s respectability and integrity partly come from who is running it. The vision of the Festival is built upon clear goals and objectives borne out of the Festival Director's instinct, experience and foresight, and the trust and confidence of the Festival Team.

This blog post is originally posted in Morofilm by Teng Mangansakan