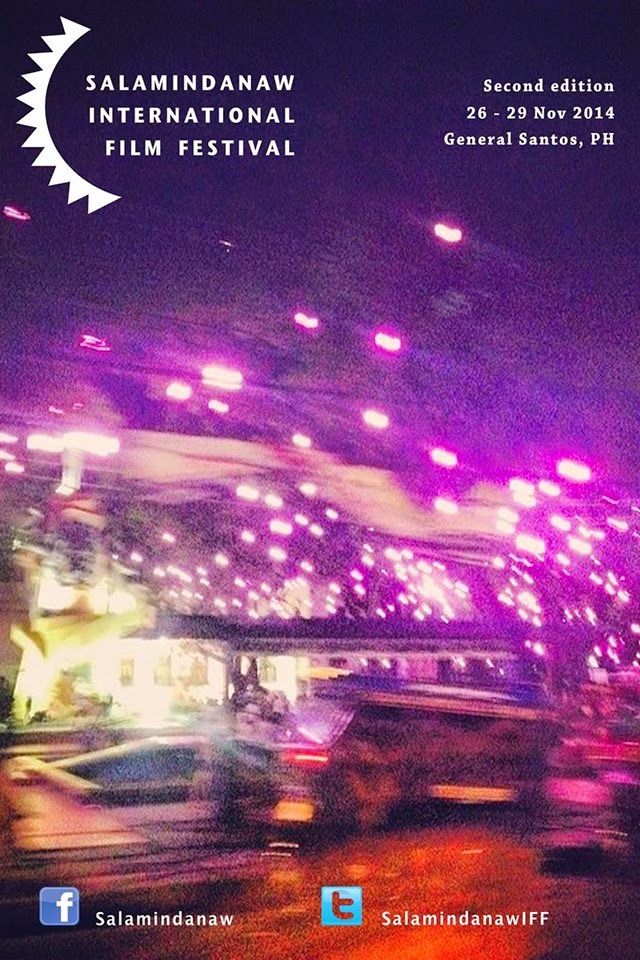 SalaMindanaw International Film Festival has announced the official line up of their second edition from November 26 to 29, 2014 in General Santos City.

The Festival will open with The Sermon of the Contemplative Sinner, a dance film produced by SalaMindanaw in collaboration with Teatro Ambahanon.

“Our programming this year reflects the vision of SalaMindanaw, which is to make the Festival a platform for Southeast Asian cinema,” festival director Teng Mangansakan revealed. SalaMindanaw is the first and only international film festival in Mindanao, the southernmost region of the Philippines closest to Malaysia, East Timor, Brunei, and east Indonesia.

Mangansakan added that Southeast Asian cinema is particularly thrilling now because of the development of film movements outside of the capital. Indonesia is represented in the Festival by three films made in the Sulawesi city of Makassar east of Jakarta while one of the Filipino entries is a film from the northern province of Pampanga. “It is an exciting time to be Southeast Asian and a regional filmmaker at the same time,” Mangansakan noted.

A new section called Philippine Next Cinema seeks to introduce new voices and visions in the host country’s cinema. The line up is composed of Bastes, May Anne M (Bebe Go), Magdalena (Anna Isabelle Estein), Sonata Maria (Bagane Fiola) and The Unforgetting (Carl Joseph Papa). A fifth title shall be announced in the coming days.

The Gensan Screen Lab, an intensive workshop intended to develop and cultivate new filmmakers in Mindanao, will culminate with the screening of six short films.

In commemoration of the fifth anniversary of the Maguindanao Massacre and the little know Martial Law that followed, the Festival will present a special non-competitive section Cinema and Remembrance. The films include Maliw (Rob Jara), Missing (Zig Dulay), Pieta (Herwin Benedictos Cabasal) and the recipient of this year’s Golden Leopard at Locarno Mula Sa Kung Ano Ang Noon (Lav Diaz).

The four-day Festival will close with Little Azkals, a documentary by Babyruth Villarama-Gutierrez whose film Jazz in Love won the NETPAC Prize for Best Asian Film in the inaugural edition of SalaMindanaw.

Leave a comment below and let me know what you think.
Thank you
Labels: film film festival Gensan Mindanao SalaMindanaw International Film Festival