Sitio Atmurok and their practice of Customary Law 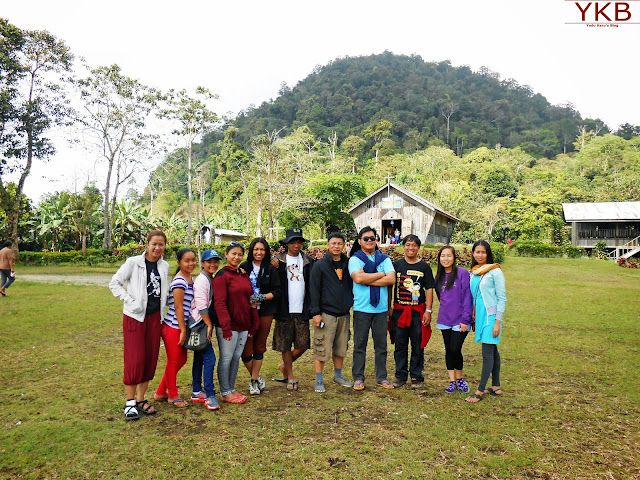 In recent years, efforts to revive and preserve traditional practices of Indigenous People (IP) are put into the consciousness of the majority. With the help of various NGOs and government agencies, some of these efforts become successful and some of it fails. Behind these efforts lies the truth about the intention of the concern parties in helping our fellow IPs. Fortunately, the “free riders” are not successful in their efforts in the long run while the good ones remain true in their intention. Some of these successful efforts can be seen in sitio Atmurok.

As one of the requirements in our Peace and Conflict Management subject under Dr. Mario Aguja (Master’s Degree Program), we have immersed in sitio Atmurok, Malungon Sarangani Province. We observed how the Blaans practice their Customary Law and other traditional practices. So far, among the Blaan communities that I have visited in South Cotabato, Sarangani and General Santos City (SOCSARGEN), sitio Atmurok is unique in the sense that they’re practicing Customary Law in resolving conflict in their community. This implies that they appreciate the concept of sustainable development.

Atmurok is in the jurisdiction of Sarangani Province situated near the boundaries of three provinces namely, South Cotabato, Sultan Kudarat and Davao del Sur. Majority of the people inhabited the area is the Blaans. As any other Blaan communities that I have visited, sitio Atmurok faces different problems. When we were there, they have discussed about the illegal loggers, the intrusion of NPA in their area, the effects of mining activities and disunity among the tribe. The good thing about these problems is that, they discuss and resolve it using the concept of Customary Law.

As defined in RA 8371 or The Indigenous Peoples Rights Act of 1997 (IPRA), Customary Laws “refer to a body of written and/or unwritten rules, usages, customs and practices traditionally and continually recognized, accepted and observed by respective Indigenous Cultural Communities (ICCs)/Indigenous Peoples (IPs).”

As I have said earlier, Atmurok is the only and genuinely practicing Customary Law (so far in SOCSARGEN) in resolving conflict within their territories. Furthermore, Customary Law is recognized by the Philippine government as stated in Chapter IV Section 15 of the IPRA Law, it says:

“The ICCs/IPs shall have the right to use their own commonly accepted justice systems, conflict resolution institutions, peace building processes or mechanisms and other customary laws and practices within their respective communities and as may be compatible with the national legal system and with internationally recognized human rights.”

Customary Law has a significant contribution in their community. For example, they have liquor banned within their area because the elders know the effects of alcoholism in their culture. They have also banned “disco sa baryo”, the protection of forest in Atmurok hill and they revive their traditional games in their Physical Education class. 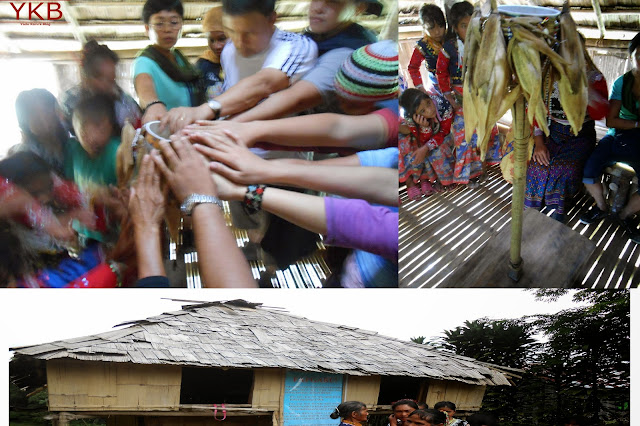 When our class was in Atmurok, we have witnessed their traditional meeting. The meeting was conducted in a Blaan traditional house where a Sabak put in the center. They considered it as a sacred place where they conduct their rituals, asking for good harvest in farming and in our case, giving respect to the spirits and asking for protection while we’re staying in the community. It is also a place where Fulongs (elders or knowledgeable Blaans) and Ba-i (elder women) conduct meetings to discuss problems in the area. During their meeting, the Fulongs and Ba-i were talking about the issue of illegal loggers who cut trees and sell it to GenSan. It was one of their top concerns because they know what will be the outcome if this issue is not resolve properly.

In their open forum organized by the community, one of the Fulongs said, “Kung mawala mi, mag unsa na lang sila?” (If we are gone, what will they do?). The elders concern is that if they die, who will protect the tribe. “Imbis kita mag kasinabtanay, kita hinuon mag away.” (Instead we unite for the tribe; we are the one who is in conflict). The elders are really disappointed because some their fellow Blaans are doing illegal logging in their area. The Blaans considered their forest as sacred because spirits inhabited in it. They are also aware of its consequences if the trees are all cut down by the illegal loggers. One of the Fulongs also said, “Naguol ko kung madakpan sila, mabyaan nila ilang mga anak ug asawa.” (I am worried if they are arrested. They may leave their families).

It is sad to know that one of their Barangay Councilors is involved in illegal logging activity. The councilor along with other identified Blaan loggers defend themselves by justifying that they owned the trees because it is planted or grow within their lot. Whether be in Customary Law or National Law, there activity is still prohibited.

Illegal logging is not only the problem of Atmurok. Disunity among the tribe is their main problem. Some Blaans in their community have “modernized” mindset. They do actions that pose a threat to their culture. That’s why the elders are trying their best in resolving these issues so that they become united and stronger as a tribe. As they have said in the forum, they are willing to risk their lives just to have peace in their community.

It is a good initiative that the Passionist Mission in Atmurok made an effort to revive the Blaan traditional practices. They admitted that Catholicism can erode Blaan culture. That’s why they modify some of Catholic practices just to blend in to the Blaans.

I am really thankful that I have this subject. I now truly appreciate conflict management and its importance in our lives. The challenge here for us is how are we going to apply the knowledge that we have gained in our daily activities.

To the Blaan in sitio Atmurok, practicing Customary Law will remain a challenge to them because of the many threats in their culture (mining, illegal logging, etc.). But if they succeed in their efforts, they will become a model community in other Blaans living in SOCSARGEN.