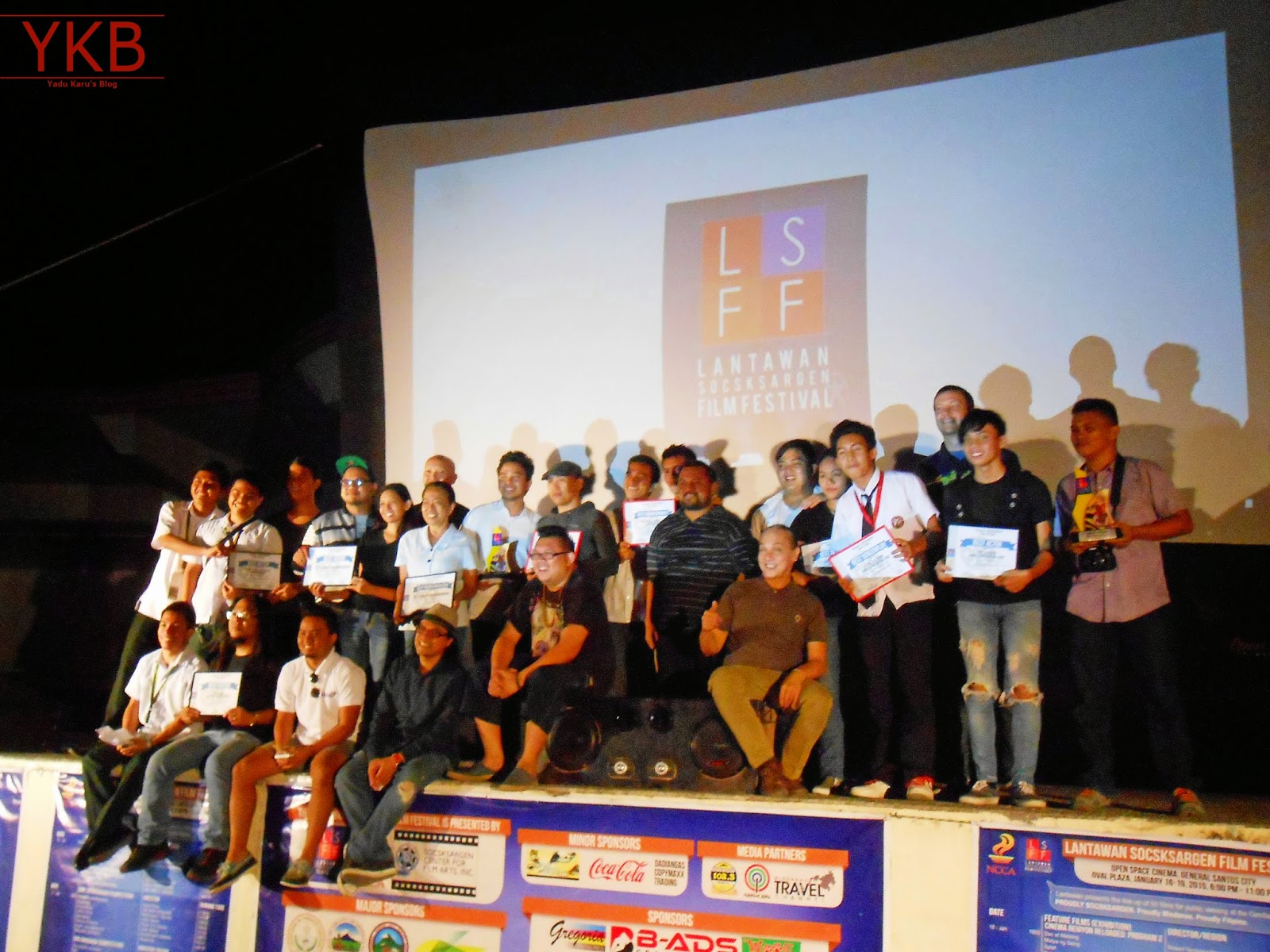 The SOCSKSARGEN Center for Film Arts, Inc. (SCFA) in partnership with the National Commission for the Culture and the Arts (NCCA) and Open Space Cinema Foundation conducted the first Lantawan SOCSKSARGEN Film Festival (LSFF), last January 16-19, 2015 at the Oval Plaza General Santos City.

LSFF showcases different films from Region XII and other parts of Mindanao. SCFA Chairman of the Board and LSFF Director Dennis “Bordie” Carillo says, “LSFF aims at providing the opportunity for local talents to showcase their innovations, creativity, originality, but not implying an expensive production of their masterpiece, yet, demonstrating the rich ingenuity and quality use of the medium of digital filmmaking.” Further, he declares the two categories in competition: the Sine SOCSKSARGEN and the Sine Mindanaw.

Sine SOCSKSARGEN qualifies the filmmakers within Region 12 – the provinces of South Cotabato, Sultan Kudarat, Sarangani, and General Santos City. The entries should contain themes or topics which have relevance to Region 12 culture - the place and its people. On the other hand, the Sine Mindanaw opens the competition to filmmakers anywhere in Mindanao, except in Region 12. An added feature of the festival is the Cinema Rehiyon Reloaded, a collection of selected films from the film festivals in various regions of Luzon, Visayas and Mindanao. These films are gathered and shown for exhibition during the festival, but they are excluded from the competitions.

Lafis ni Efung by Jordan Manua gets the Best Film and Best Cinematography award. As the festival juries cited, "The film is awarded for its deceptively uncluttered plot in its portrayal of a young protagonist in a journey, both physical and psychological, that slowly unravels layers of meanings in a humane and simple way."

“Through the holding of film festivals, the viewers will become aware that ours is one culture to be proud of, and we take pride of being Filipino, “Carillo adds. The LSFF belongs to one of the ten accredited regional film festivals in the country that officially receive support from the National Commission for Culture and the Arts (NCCA) every year.

Leave a comment below and let me know what you think.
Thank you
Labels: Filipino films film festival filmmaking Indi film SOCCSARGEN