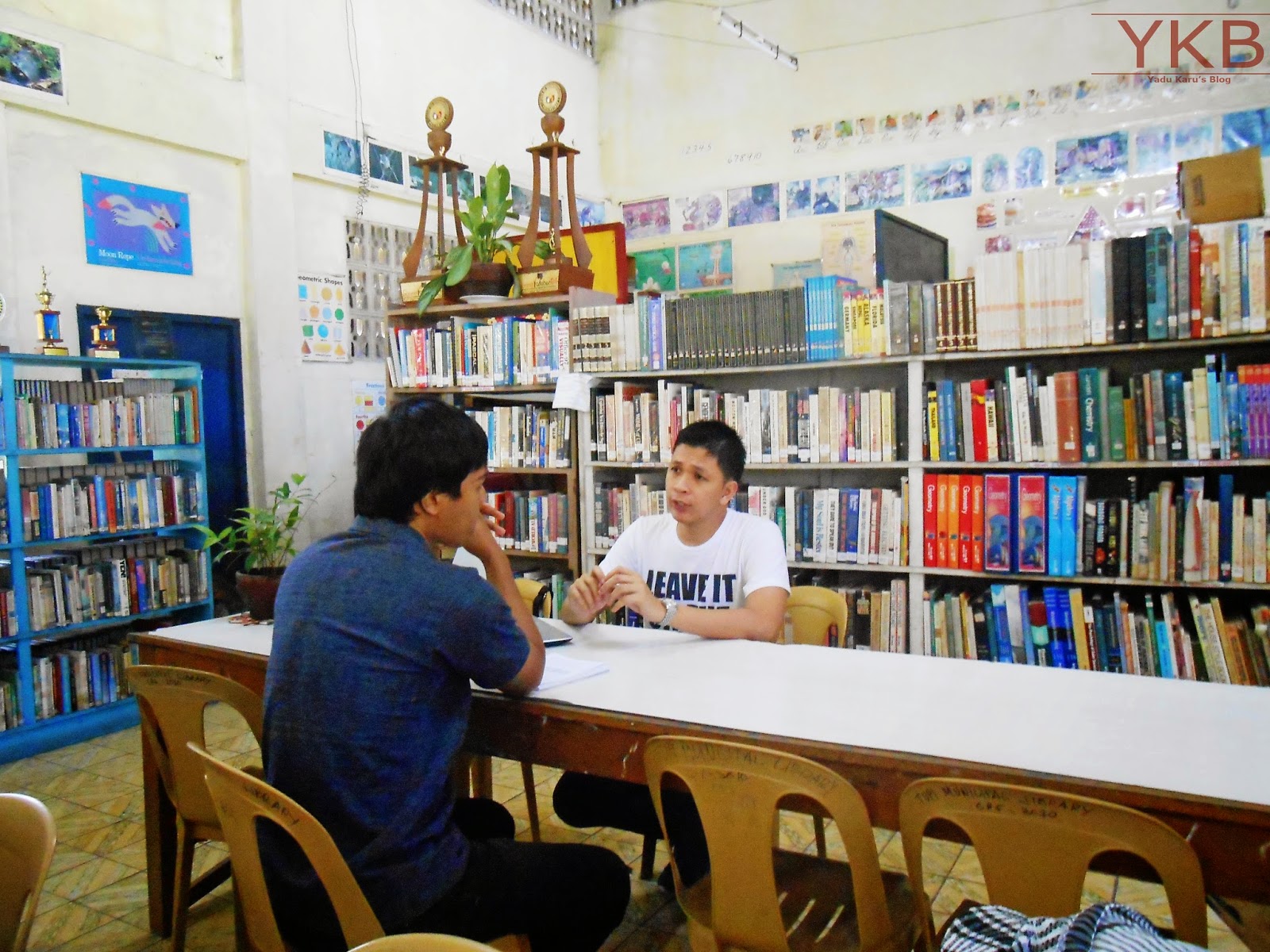 JR never fails to inspire me. Whenever there’s a chance to have an intellectual or casual discussion with him, I would learn new things and discover hidden potentials. He’s a man of intelligence that knows what his purpose in life. He’s a man who shares his knowledge for the benefits of the many.

I first met JR in the online world. Since we are both MSUans, we easily get along with each other. We only had casual online discussion. We talk different topics that suit our interests. I formally met him at the 2013 SOX Bloggers Christmas Party, where we had brief but fruitful conversation. We continue to talk thru Facebook in our vacant time. If he’s in Tupi, South Cotabato (his hometown), we continue our talk when the opportunity permits.

JR Lopez Gonzales was graduated from Mindanao State University-Iligan Institute of Technology (MSU-IIT) with the degree of Bachelor of Arts major in Political Science. He graduated in 2009 as Cum Laude in their batch. After college, he took up his law degree at MSU-IIT College of Law and took his final semester at the MSU Marawi. During his law school days, he was the Editor-in-Chief of The Nexus, the official student publication of MSU College of Law in Iligan City for three issues. He was also the first Mindanaoan to qualify to the Office of the Solicitor General's Summer Legal Internship program in 2013. Furthermore, he represented the MSU System at the televise debate match of ABS-CBN News Channel’s (ANC) “Square Off” against Far Eastern University and De La Salle University last 2011. Back in high school, he was the recipient of President Gloria Macapagal-Arroyo Award of Outstanding Achievement for two categories, namely – Student Leadership and Journalism in 2005.

His active participation in Elementary and High School journalism activities created a lasting impact on his career. Moreover, his interest in reading political commentaries and philosophies led him to write his own political blog. “My first exposure in blogs started when I was in college,” says JR. “During that time I didn’t have the courage yet to pursue blogging. I felt that my knowledge was not enough to launch a blog.”

He pursued blogging after he graduated in college. “I was inspired by reading commentaries and political blogs which led me to make Politikalon. While most people use their blogs for personal purposes, I felt that it would be refreshing to read voices coming from youth on issues that concern most,” JR says. The name of his blog – Politikalon – was derived from the word Politika (Politics) and Tikalon, an Ilonggo term for a liar. He chose this name because of its catchy tone and its suits his topic for blogging.

During that time, he also taught history and politics at St. Michael College and MSU-IIT from 2009-2012. He used his blog as an extension of his classroom teaching. His blog served as an additional resource material for his students. His blog also served as the venue to express his opinion during the 2010 Election. It’s one of his early blog posts that help his readers to be informed in the said election. In short, his blog is about his commentaries of current events and social issues that exist in our society.

“I always see the internet as an alternative to the mainstream media,” says JR. 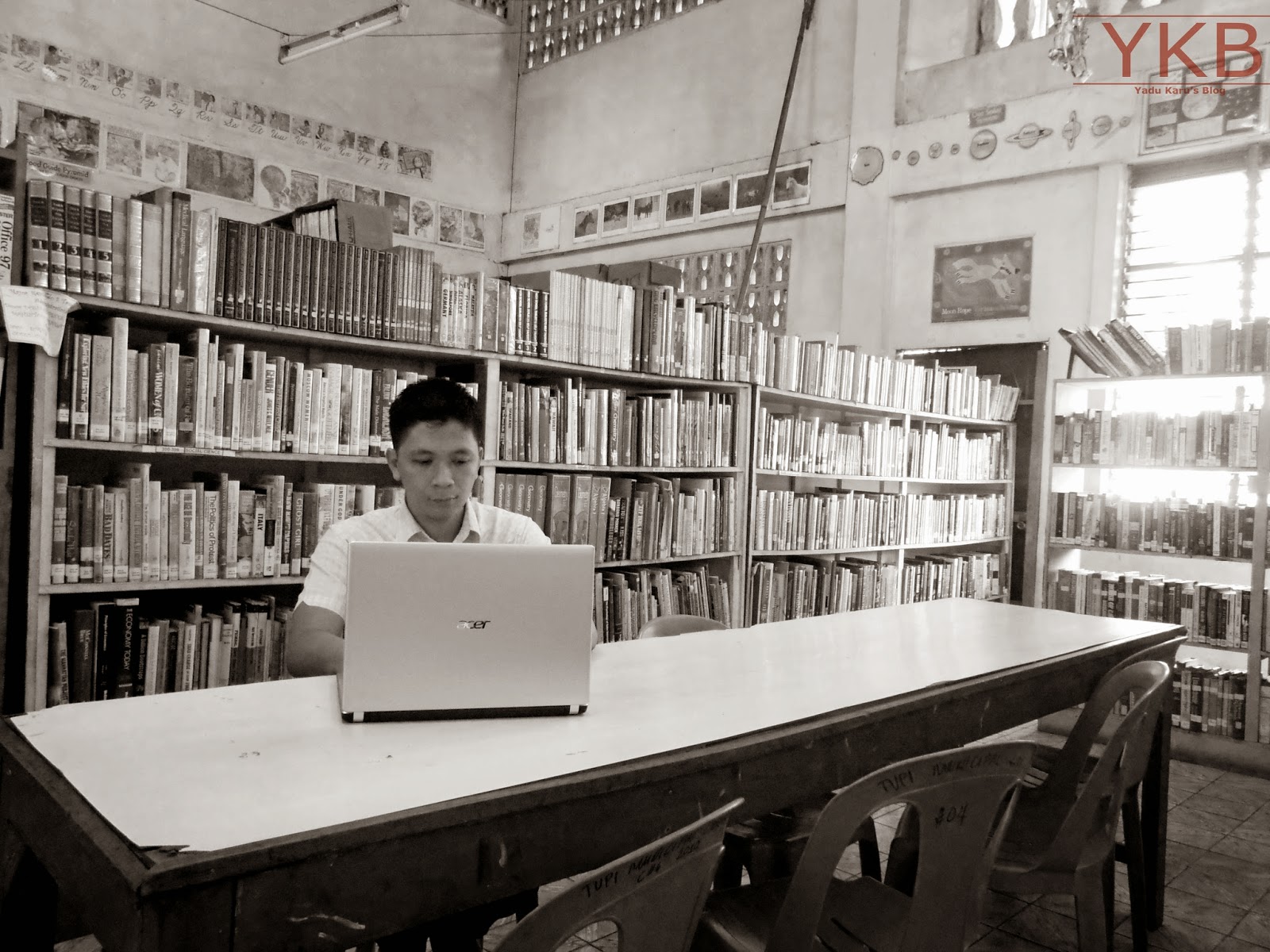 “I always see the internet as an alternative to the mainstream media,” says JR. “As you observe, the mainstream media in the Philippines have bias reporting about Mindanao. As a Mindanaon, I use my blog to share good stories in Mindanao to shatter those negative impressions.”

Blogging opens lots of opportunities for JR. For example, his blog was featured and mentioned in various online sites such as Rappler, Yahoo! Philippines, ABS-CBN News website, GMA News Online and Inqurer.net. His article entitled - "8 Things Younger Than Senator Juan Ponce Enrile" – became viral online. The article earned 1,300 Facebook likes, 5,046 Facebook shares, 357 tweets, and 3 Pinterest shares in 10 hours. He had another viral article - The "White Skin" Standard in Filipina Beauty – which the GMA News online picked up to publish in their site.

“The great thing about the internet is that it’s free. It’s a good avenue to share your thoughts and knowledge,” JR says. “But when you post your thoughts online, there is an implied risk and its shows your vulnerability. So it is important that you are aware of it and be responsible in every click you make."

“The great thing about the internet is that it’s free. It’s a good avenue to share your thoughts and knowledge,” JR says. “But when you post your thoughts online, there is an implied risk and its shows your vulnerability. So it is important that you are aware of it and be responsible in every click you make. For example, if people reads your blog might be intelligent than you, be prepared and know what you are talking about. Research well and know your limitations in blogging.”

Like many others who are active online, JR also encounters criticisms from his readers. “So far, I did not encounter worst bashers. Most of the criticisms that I get from my readers are not directly attacking me personally. It’s more on the articles that I wrote. But instead of dwelling in it, I focus my attention in improving my content.” JR finds time to improve, research and write quality content.

JR is now five years in blogging. Despite his busy schedule, he still finds time to blog. The process of blogging is his motivation and finds joy while writing interesting topics. “Blogging is my motivation. I find happiness when I blogged. For me it’s a therapeutic process,” says JR.

“All the things have written. The challenge here is that, how do you write it in a new way,” JR asks.

In pursuing blogging as a form of communication, the youth should know what would be there niche to consider. It becomes a challenge on what to write. “All the things have written. The challenge here is that, how do you write it in a new way,” JR asks.

The act of blogging is one of his advocacies. JR supports the “Blogging for a Cause” campaign that I have initiated last year. Even though he’s not physically present during the event, he still manages to send his video message for the participants. “If you have advocacy, it should be close to your heart. Moreover, it is not enough if you write it; this is just words. We must be consistent in our words and actions,” says JR.

He owes his success to his parents. Without them he cannot reach the status that he now enjoys. He’s truly unbelievable; I’m running out of words to describe my humble friend.

“Don’t settle for less,” as he advise. “Fulfill your purpose in life.”