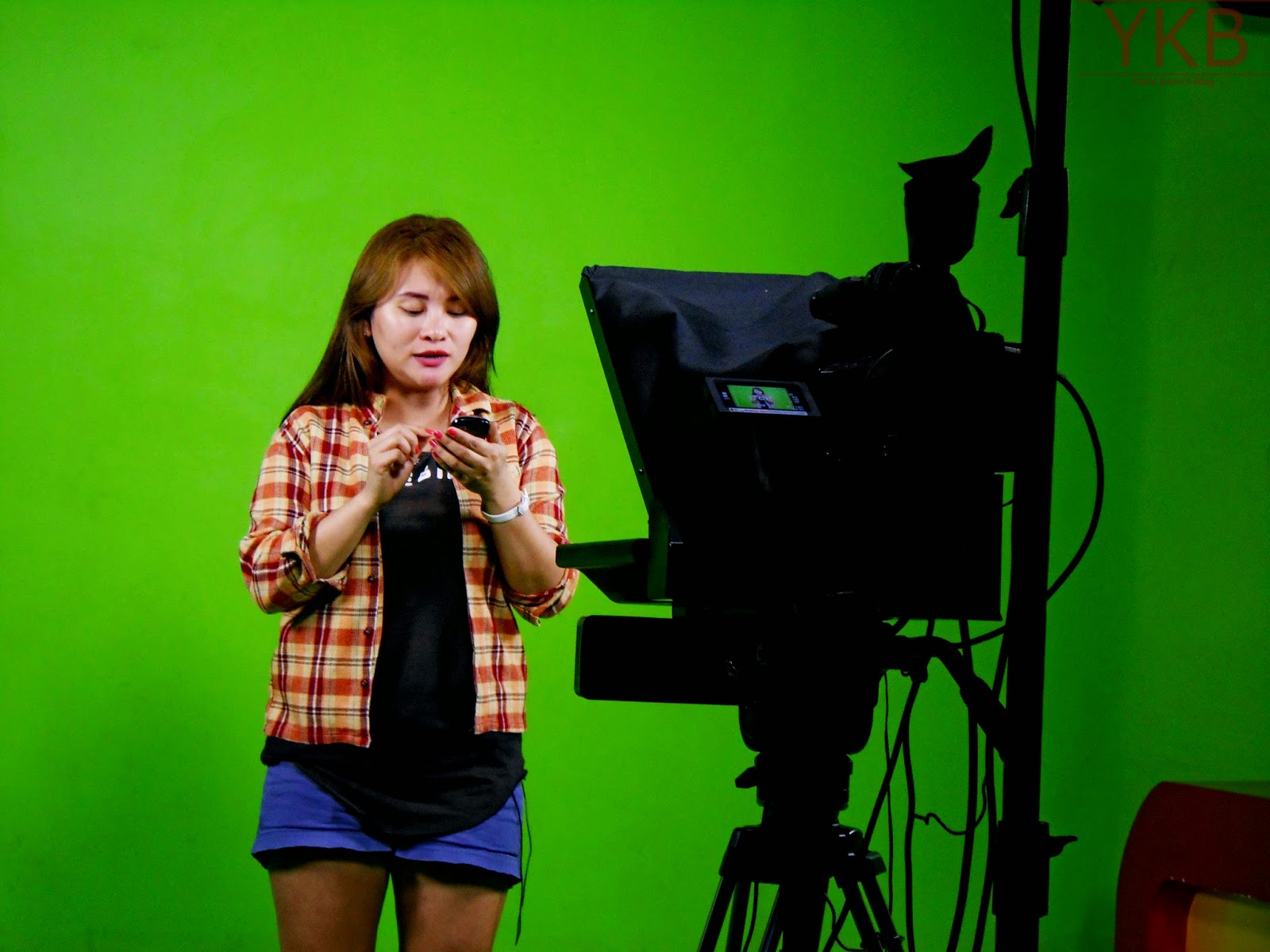 “I support the local artists here in SOCSKSARGEN,” says Elaine

“I support the local artists here in SOCSKSARGEN,” says Elaine. She is one of the few people in Region XII who has genuine support for local artists. Her vision to uplift the music scene in SOCSKSARGEN is making slowly but surely progress. She is a superwoman who likes to multi-tasks for the love of her show and for the talented musicians that mostly benefited from it.

I conducted an informal interview in their small yet very productive studio in Brigada News Station. While I’m in the studio, I got the chance to witness the workflow of their daily show. As an observer, I was really amazed on how she handles the demand of her work. It’s like she’s working in a busy fast food restaurant that serves news and entertainment. She does multi-tasking to run their show (except the technical side). Can you imagine if you are in her shoes?

It was Saturday when I interviewed her. She hosts for her Saturday Music countdown and if there’s a chance to have a break, she answers my questions. When the moment came to have a chat, I saw in her the burning passion. This kind of trait is rare nowadays. Since many have become busy finding security rather than their purpose in life. I admire her honesty and upbeat personality. She never hesitates to answer my questions. I’m thankful that she bestows her trust to me knowing the fact that we only just met (in person) in this interview.

Cherry Elaine Ong Sormillo or popularly known as VJ E was a graduate of AB Mass Communication major in Broadcasting at the Notre Dame of Marbel University (NDMU). She started as a DJ for Love radio (both in GenSan and Koronadal city) before she landed in Brigada station.

She experienced all kinds of work in the station. She became radio DJ/host, she experience being an anchorwoman; she also work in the marketing department and she even endorse some of the products of the station. She describes her career in the station as on and off status. But later on she finally committed herself to be the VJ of one of the top rated show of the station – The Brigada Music Videos (BMV). She was contacted to be the replacement of VJ Melody in the show. Because that time, VJ Melody focuses in her law school. This opportunity cemented her career as a promising VJ.

“When I accepted this job, I totally changed the programming of the show,” recounts Elaine. She changed the format of show to have a fresh look for the viewers. She acquired inspiration from MTV and MYX with a localized twist. She emphasizes the importance of the local artists. She includes their songs and music videos in the show.

“It’s an easy for me to host in this kind of show because I’m into music,” says Elaine.

“It’s an easy for me to host in this kind of show because I’m into music,” says Elaine. Her natural love for it makes her memorable in the minds of her viewers. That’s why she makes sure that all demographics could relate to the songs/videos in their playlists.

She is a “one man army” of her show. “I’m the Director, Writer, Host, and Production Staff of my own show,” Elaine says. “Brigada station is not ABS-CBN that has resources to hire for additional personnel. We only just starting and I’m thankful that I have total creative control of my show.”

In this kind of job, stress is normal. That’s why her stress reliever would be going out to see the beach or food to ease her (not in a depressing way). In her busy schedule, she finds time for her family and closest friends.

Elaine somehow becomes a local celebrity because of the influence of her show. “For me it’s a bit weird when someone recognizes you as VJ E,” says Elaine. “For example, when I was walking in the area of St. Elizabeth Hospital, someone shouted ‘VJ E!’.”

Most of the bashers/haters that she encounters in her show are criticizing her looks than her hosting skill. “Since we do not have avid sponsors, I only wear simple outfits. But I do not mind it because I more into my hosting responsibility than taking time wearing flamboyant dress.”

“In this industry, it is not surprising that the people you encounter or work with shows different façade. I learn to be tough and to be not affected in them. I just do my job well and never let my guard down.”

When she becomes a VJ, she has learned so many things. “Before I don’t have patience,” tells Ellaine. “Because of my show, I learn to have it. I also learn to balance things when I become a VJ.” She also learns to assess people in her field. “In this industry, it is not surprising that the people you encounter or work with shows different façade. I learn to be tough and to be not affected in them. I just do my job well and never let my guard down.”

“I want the local artists to be known. I want them to have the chance or the opportunity to show their talent,” Elaine asserts.

“It’s unfortunate that there’s no enough support for our local artist. It’s hard to be alone in this kind of advocacy. But I have still hope and that’s why I exert more effort to promote them thru Brigada Music Video and Tunog Local.” She wants Tunog Local to be more localized. She wants to promote it in the barangays and municipalities. “I want the local artists to be known. I want them to have the chance or the opportunity to show their talent,” Elaine asserts. Thru her show many artists are inspired to make their songs and music videos. Her show becomes an avenue to showcase it.

"But the most important thing is that I am paid for my passion.”

“What’s the good thing about being a VJ is the free stuff,” says Elaine. “I love the free gifts, the free food and many people would like to befriend me. But the most important thing is that I am paid for my passion.” She doesn’t settle for less. She really pushes the limit and always thinks outside the box. Time will tell that her vision will become reality; that all her efforts will have awesome returns.

“Aim high, shoot low,” as she declares. “I want to uplift the local music scene thru my show,” Elaine confesses. “I want to promote the “tulungan system” where everybody collaborates for the same goal.”

Leave a comment below and let me know what you think.
Thank you
Labels: advocacy Brigada Station People