Katnak: A study on Culture of Peace of the Blaans


As part of my preparations for my Special Project on my Master’s Degree in Sustainable Development, I engage in fruitful conversations with different community development workers and educators in the country. One of them is Dr. Joan Christi S. Trocio from the University of Santo Thomas (UST). We talked about her dissertation paper entitled “Katnak: Blaan Women’s Concept and Cultural Experience of Peace”. She conducted it with the Lamlifew Tribal Women’s Association (LTWA) of Datal Tampal in Malungon Sarangani Province.

Joan is a religious educator since 1999. She is Associate Professor in the University Of Santo Tomas- Institute Of Religion, where she teaches Theology Courses. She has been connected with the University since 2005. Her first teaching assignment was with Colegio de San Juan de Letran-Calamba, where she handled Theology courses for six (6) years, and where she served as the Director of the Center for Religious Education, in the last two years of her stay in Letran-Calamba. She graduated Bachelor in Secondary Education major in Religious Education and Minor in English Literature at Siena College, Quezon City in 1999. She took up Master’s Degree in Education major in Religious and Values Education with specialization in Formative Counseling and Spiritual Direction at De La Salle University Manila, and graduated in 2003. She has a various experiences in community development works and services. For example, she has been a missionary volunteer to Indonesia for one year, under the Dominican Volunteers International. She is also a community theater enthusiast being a member of the Korido Theater Ensemble of the Arts Research and Training Institute for Southern Tagalog, Inc, conducting workshops and performing mainly for and with fishing and farming communities.

She was born in Cebu but her family moved to General Santos City wherein she spent her childhood and teenage years. Her exposure to the Indigenous People (IP) especially the Blaans led her to pursue her study about the tribe.

Her research explores Katnak, the concept and cultural experience of peace of the Blaan women of Lamlifew community. She used Fles strategy, an indigenized research technique framed after Feminist Ethnography and Indigenous Facilitation Research Approach. She demonstrated the research strategy that she employed which mirrors the Blaan’s way of welcoming a guest to their home in which she called it Fles strategy (Fles is a local Blaan term for welcome). She explained in her dissertation on why she used this method in her research. As she says:

“Indeed, the Fles strategy, as used in this present investigation, is a data gathering technique that allowed me to get involved in the processes of Lamlifew community through a manner that is adoptive to the context and is sensitive to the needs of the Blaan community. In this approach, I am not just a strange entity, detached from the subject being studied, but a being who establishes a certain degree of meaningful relationship with the community. Through this tri-technique of paying informal visits, and eventually, engaging into dialogue, then in the process, living with the community, I become, not only a participant-observer, but socially engaged.”

Her study intends to present peace values drawn from the Katnak experience. Her research “argues that amidst war and conflict in Mindanao, the Blaan women embrace a culture of peace which may serve as an alternative in promoting and sustaining peace in Mindanao. This culture of peace is gleaned from Katnak, their concept and cultural experience of peace, which upholds the values of communion with Dwata, formation of the young, stewardship of creation, responsible leadership, physical well-being, family solidarity, productivity and sustainability.”

Before she formally conducted her research to the community, she had informal visits just to establish rapport to the people in Lamlifew village. She also had talks to Blaan professionals like Maribeth Farnazo and the tribal chieftain of the community. She also outlines some ethical considerations in conducting her study. She had meetings with the Office for Indigenous Peoples Development Program of the Sarangani Government (now Sulong Tribo under Gov. Solon). She had separate exploratory talk, with some tribal women and wrote letters to formally ask permission to conduct the research. These letters were sent to the National Commission for Indigenous People’s Office, Sarangani Governor’s office, Tribal chieftain of the research locale; a letter to President of the Tribal Women’s Association was also drafted and signed allowing her to live with the community. A letter was also drafted and signed by the President of the Lamlifew Tribal Women’s Association granting her permission for possible publication of the study and presentation of findings to Conferences or Fora.

“The entry was not so swift. It took months to convince the Blaans about my study. If you do research with IPs you really have to undergo process,” says Joan. 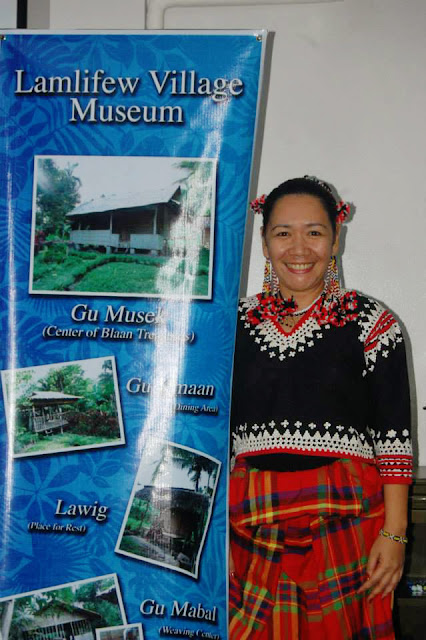 Last June 26, 2015, she presented her study in the Provincial Capitol of Sarangani Province. The said presentation was attended by the representatives from Lamlifew community, tribal chieftains in Sarangani, some Blaan professionals, Sulong Tribo representatives and Gov. Steve Chiongbian Solon. As she recalls, it was a productive presentation because they were engage in meaningful discussion. For example, when Joan presented her findings about the origin of their name Blaan the tribal chieftains from Sarangani contested about it. They have different version of the story about the origin of their tribal name. She felt thankful because the issue was resurfaced and the chieftains decided to have a one story about the origins of their name Blaan.

There are a lot of factors on why she chose to study about peace. Aside from her course which in line with Socio-Cultural study, she wanted to write something about culture of peace in Mindanao different from the notion of people that Mindanao is place for war. As she says:

“A significant stimulus that led me to choose this topic can be traced back to the time when, as a young college student from Mindanao, I was always asked the question - ‘Taga- Mindanao ka? Hindi ba magulo sa inyo?’ (Are you from Mindanao? It’s not peaceful in your place, isn’t it?) I could remember how surprised I was when I heard that question for the first time. Growing up, I have been exposed to news of bombings and war in Mindanao, but have not really experienced it myself. Every time I would hear the question, my memory would always bring me back to the time when we were little children playing in the streets without being watched by adults or how carefree we were as teenagers who would go to school and ride a jeepney all by ourselves and still could go home safe. Why am I being asked the question? Is it really not peaceful in Mindanao?”

“Another major motivation that led me to focus on peace and women came when, as a volunteer in the UST Center for Peace and Interreligious Dialogue, I have had the opportunities to join various peace meetings, organized by the Center, either as a member of the working committee or as a delegate, both international and local in scope. The very recent ones, relative to this writing, were focused on the topics on women as agents of peace, on restoration of women’s dignity, and on youth participation in the campaign against abuses to women, where actual cases of violence and injustice against women and children were presented. I also had the chance to attend fora on the Bangsamoro Framework Agreement both by the government and the MILF panel. During the assemblies voices of some indigenous people’s groups were heard asking about their place in the peace process and the significant effects that the framework may have on their rights as minorities. The gatherings awakened my interest into these issues on conflict and peacebuilding in Mindanao, being a woman and a Mindanaoan myself.”

Another motivation on why she pursues this study is her exposure to various IP communities in the Philippines. Since IP is close to her heart she wants to help them as much as she can. Furthermore, she is motivated to conduct a Blaan study because Blaan resources are scarce. She wanted to contribute something for the welfare of the tribe.

Her research was supposed to be a tri people (Christians-Muslims-Lumads) study but her resources dictated to limit its scope. As she emphasizes in her study: 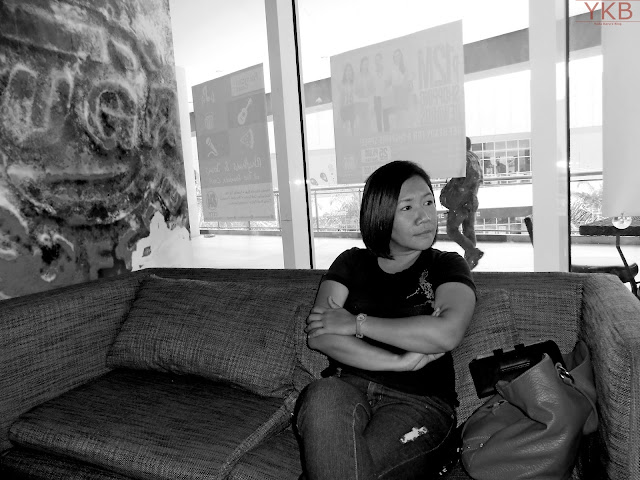 Joan describes her research as an “ethnographic journey”. It’s a first comprehensive research on Blaan culture in which she has learned so many things. As states in her dissertation:

“Like the native textile that the Blaan women painstakingly weave, the lessons I learned from my ethnographic journey are intrinsically woven in the fabric of my existence, as a woman, as a Mindanaoan, as a friend of the Blaans; a reality my kind of work and exposure has gotten influence from.”

“……I consider my ethnographic journey as a ready answer to the foregoing curiosity, of anyone who may have just heard about Mindanao, and has not really stepped a foot in the beautiful land. It may be true that history has it that Mindanao has been battled-scarred, but the Katnak experience may serve as a hope for a dream that we in Mindanao have longed prayed for. The peace values that are drawn from Katnak, the Blaan women’s concept and cultural experience of peace, inspired me countless ways.”

What I like about her study is that she used stories and poems to present her findings. It’s not the usual presentation of facts in which all data can sometimes bore the readers. In addition, her method of gathering data suits to the ways of the Blaans in the community. She did not view her subjects as mere subjects but companions and collaborators.

I have learned so much from our conversation and reading her dissertation. As a Mindanaoan, I am inspired by her passion as Educator, Researcher and Community Development worker. Her insights are useful in my future community engagements. I feel so blessed meeting this kind of person and I am looking forward for our next meeting.

Blogger’s Note: If you are interested to read her dissertation or if you wanted to invite her for a conference/forum, you can email her at jhotrocio@yahoo.com