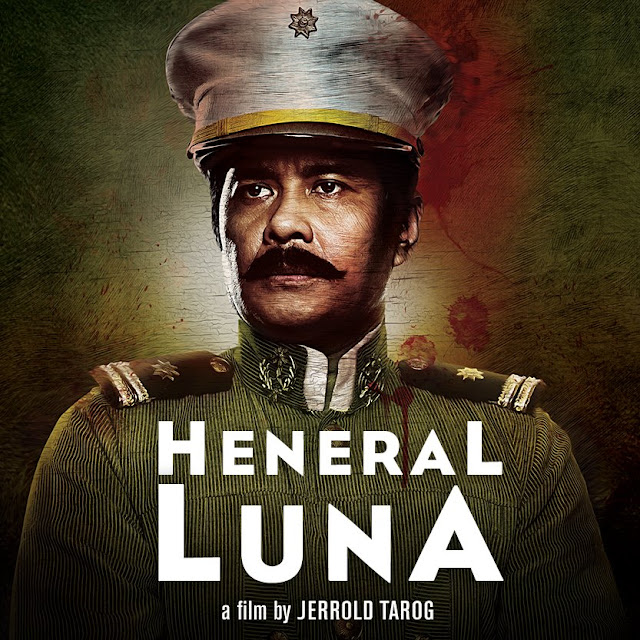 The latest film of Jerrold Tarog entitled Heneral Luna caught the attention of Filipino audience. Among the Nationalistic films produced in the past years, Heneral Luna stirs the interest of the Filipino masses. Its guerilla marketing tactics proved to be successful because it hit the blockbuster mark proving that sensible films can still be a profitable enterprise. The Filipino audience became nationalistic after they have watched it. Some may express genuine interest while some are just riding the bandwagon.

The film is about the brave yet hot headed General Antonio Luna fighting the forces of the Americans during the Filipino-American war. It’s a satire of the Filipino-American war happened during those times and how the leaders fought each other for greatness. The film depicts how Filipinos are disunited in times of crisis. On how our leaders back then is more concern of their self-interests than the nation itself. Half of the film has a dark humor element embedded on it. In a serious situation, a comedic relief serves as a reminder how foolish our leaders are. The other half shifted its mood into a serious one to let us contemplate on the status quo of our country. It’s a period film that speaks of contemporary issues. It is notable for telling the audience that our selves are the greatest enemy of all.

As I observed, many become experts on Philippine History. They brag their knowledge on social media criticizing those clueless folks on their ignorance of the past. While some expressed their concern about the young generation’s obliviousness of the past, others felt proud of their knowledge of one sided history. As a result, there has been a war on social media about the unawareness of the past especially the young generation.

I admit that I’m no expert in Philippine History. History subject is not my interest not until I graduated in college. I think it’s normal that when you get mature, you tend to have interest in sensible matters like Philippine History because you want to understand the struggle of our country. I did not write this piece just for the sake of writing it. It’s not intended for an ostentatious film reviews just to impress the readers. I am writing this piece because I feel that I need to share my thoughts through reevaluating my knowledge of the past. I am thankful that through Heneral Luna, I am able to contemplate on it asking myself if I am a victim of historical revisionists or just simply ignorant.

I salute Jerrold Tarog and his production team for producing this film. I hope in the near future more of its kind will produce to stir the public. And for the sake of fairness, I hope the Bangsamoro or Mindanao history will be resurfaced into public consciousness. The story of Sultan Kudarat and other brave heroes of Mindanao will be presented whether be in film, history or literary works in order for us to commemorate their contributions. Most importantly we are able to learn from it and understand our situation today.