The Storybook Project: A self-fulfillment project 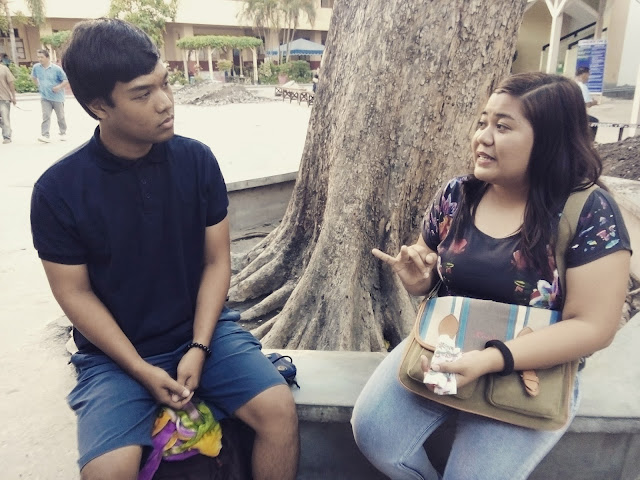 “In this project I feel genuine happiness. It is simple yet very fulfilling.”

“It is a fulfillment when you render your services to others,” says Blessie Shun “Tink” Celestial, the president of Storybook Project of Ramon Magsaysay Memorial College (RMMC). It is inspiring to see their enthusiasm and dedication of telling stories to the children in their adopted communities. For them it is a fulfillment to see smiles on the faces of children they have engaged with. “It is how you touch the lives of the people,” she adds.

Tink is an incoming 4th year AB Mass Communication student of RMMC. As she tells her story, I could feel the joy of sharing her experiences as storyteller of the project. Tink did not expect that she would become the Best Storyteller of the 3rd wave of Storytellers; she did not imagine herself to become the President of their organization. But the people behind this project put a lot of trust on her because they know that she can do it. “I start believing myself because of the trust they gave to me,” says Tink.

Aside from their goal of having a generation of readers and to let the children appreciate the love of reading, the Storybook Project also helps them rediscover themselves as volunteers.

“I discovered that I have talent in storytelling. It is a self-discovery. While we discover ourselves, we became open to others. We learn to handle different people. We grow as volunteers in this project,” says Tink.

This project is not only beneficial for Tink. She also gives way to her fellow volunteers. She wants her co-volunteers to take part of it and expose them in different process of the project; a true mark of a good leadership.

As part of their activities, Tink and her team visit 26 barangays in GenSan to tell stories. They collaborate with Youth Affairs Development Office (YADO) to materialize their activity. Furthermore, they partnered with differents NGOs like the Conrado & Ladislawa Alcantara Foundation Inc. (CLAFI) for the Summer Big Brother (SBB) program.

They have many plans in the future. For example, the “Batang Handa” project which discusses the importance of disaster preparedness to the children. They also want to expand their services to Indigenous People and Moro children.

“Instead about thinking the pressure, I think this project as a challenge. This is not about what you can get but what can you give,” says Tink.

“We have this concept of reading it first before you speak. It is about good interaction between the storyteller and the children.”

After the story session they have their own assessment about their activity. They give honest feedback to each other in order for them to become better storytellers.

“Before I am not an active youth,” says Tink. “I’ve been there. I just don’t care. One day I woke up and realize that if you don’t care, don’t expect that someone would care for you. If you want someone to care about you, you have to care about the others too. I learn to care unlike before that I only think about myself.”

“In this project I feel genuine happiness. It is simple yet very fulfilling,” adds Tink.

The Storybook Project was conceptualized by Leonardo Rey "Bing" S. Cariño. It evolved from “Buklat Aklat Mamulat” project. It is one of the projects of College of Liberal Arts in RMMC. This coming July, they will conduct the 4th wave of Storybook Project. It will be open not only for RMMC students but also to any other college students in GenSan.

“I don’t want to leave,” Tink puns. “I have this thinking that it is slowly sinking in my mind to pass the throne to the next president. But I am just here to help for improvements”

“We believe that it’s always about the project and not ourselves.”

Leave a comment below and let me know what you think.
Thank you
Labels: advocacy volunteerism youth youth development youth empowerment