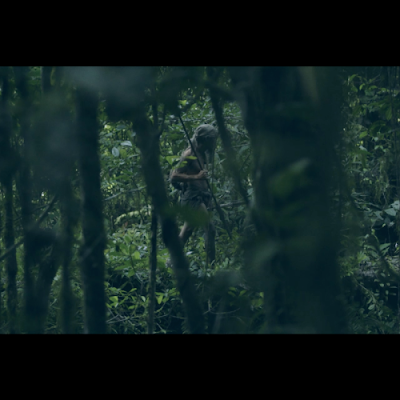 
Salamindanaw Asian Film Festival will open its fourth edition with two films that tackle the plights of the lumad (indigenous people) and Filipino seafarers on November 7 in the city of General Santos.

“This is in keeping with our vision to celebrate cinema and its immense power be a truthful mirror (salamin) of reality. The struggle of the lumads and our OFWs is central to the narrative of the Filipino nation,” said festival director Teng Mangansakan.

Dead Slow Ahead, a Spanish-French production directed by Mauro Herce is set on a freighter ship as a mostly Filipino crew navigates from Ukraine to New Orleans. Premiering in Locarno last year, critics have praised the film for its highly contemplative documentary style that allows the viewer to find his or her own journey through the film. The director spent two months on high seas to shoot the film which has been screened in more than a dozen international film festivals.

Meanwhile, Wailings in the Forest (Baboy Halas) by Mindanaoan director Bagane Fiola delves on a lumad family as they face the changes in their environment including the imposing lifestyle and customs of the more sociable tribes on the plain. With a very loose narrative, the film is immersive and profoundly atmospheric providing the viewer an opportunity to inhabit not only the lush topography of the jungle but also the psychology of the characters whose existence is closely tied with nature. The film won the NETPAC (Network for the Promotion of Asian Cinema) Prize in the recent QC International Film Festival.

Founded in 2013, Salamindanaw is the only international film festival in southern Philippines which is regarded as an important platform of emergent talents in Southeast Asian cinema.