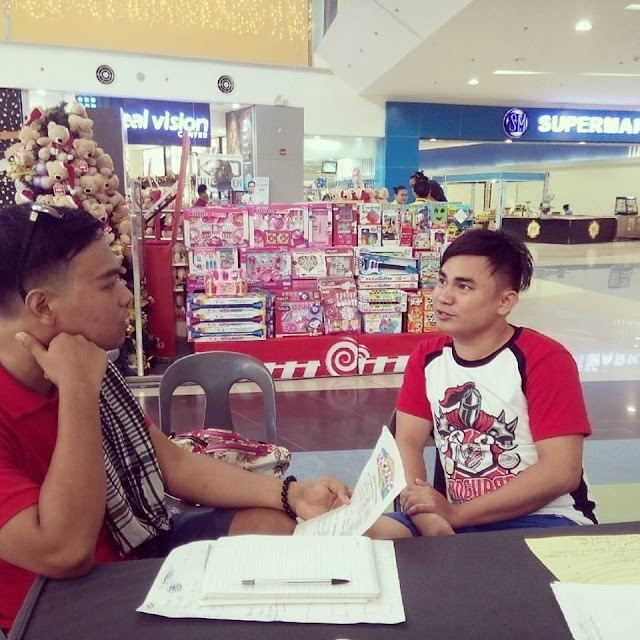 "It all started as a dream," says Ghian Karlo S. Belonio, Founder of SOCCSKSARGEN Young Leaders Convergence. “It is my dream to gather youth in the region to help them become effective leaders in the country.”

This dream is not as easy as it seems. His fellow Student Supreme Council (SSC) did not buy his idea during their semestral planning last year. They thought Ghian could not mount such a big event for SOX youth. “They did not trust me that I can do it. But later on they realized the importance of such event” says Ghian.

Ghian is a 4th year AB English student from Mindanao State University GenSan. He is also SSC Senator and got the Most Outstanding SSC Officer in the 15th Kabantugan Awards because of his great contribution in the university. His exposure to various leadership summits and youth gatherings inspired him to organize a region wide event that could empower his fellow youth in SOX region. He wants to gather more student leaders not only in GenSan but in the whole region.

He is happy that his idea of gathering the youth in SOX Region would materialize early in his career as a youth advocate. Last year, his team organized GenSar (GenSan and Sarangani) Young Leaders Convergence in which more than 700 student leaders participated on it. This year, they make it into a region wide gathering of youth leaders. It now became SOCCSKSARGEN Young Leaders Convergence which caters different youth leaders in the region. 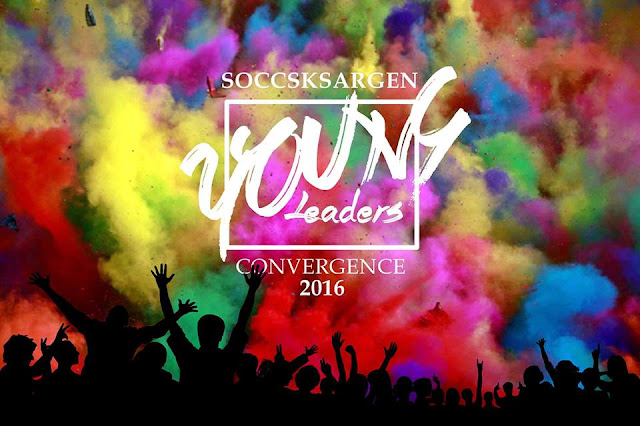 The SOCCSKSARGEN Young Leaders Convergence is annual event, initiated and run by students of different schools. This year's convergence is brought to you by Mindanao State University in partnership with Villamor College of Business and Arts. The main goals of the event are - (1) to equip the youth through discussion of relevant topics concerning them and (2) to empower young leaders to take their place in nation-building. The theme of this year's convergence is - "Empowering the Youth and Impacting Generations." The #SOXConvergence team has invited speakers who are young leaders and game changers of their respective fields. 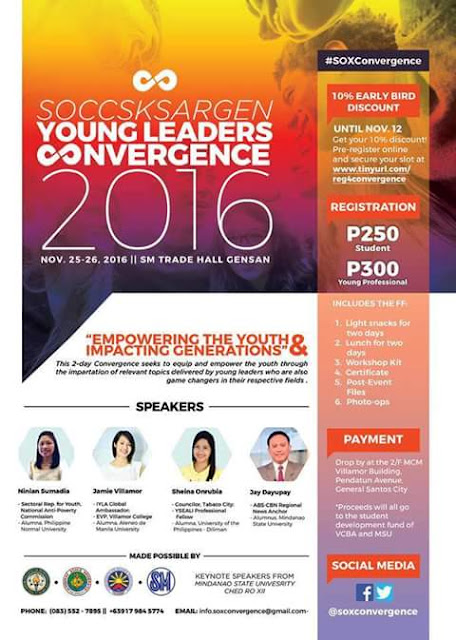 The said event will be on November 25-26, 2016 at SM Trade Hall. If you're interested to attend the SOCCSKSARGEN Young Leaders Convergence 2016, you can go their registration booth at SM City GenSan (beside the SM Carousel).

"I want to grow more. I want to have a legacy. I have my favorite quote from Mahatma Gandhi, it says: ‘Great leaders don't create followers. They create more leaders,’” says Ghian.

"I hope this event will build more external linkages to youth leaders in the region. And I hope it will produce better outputs that are substantial to the development of our region," says Ghian.