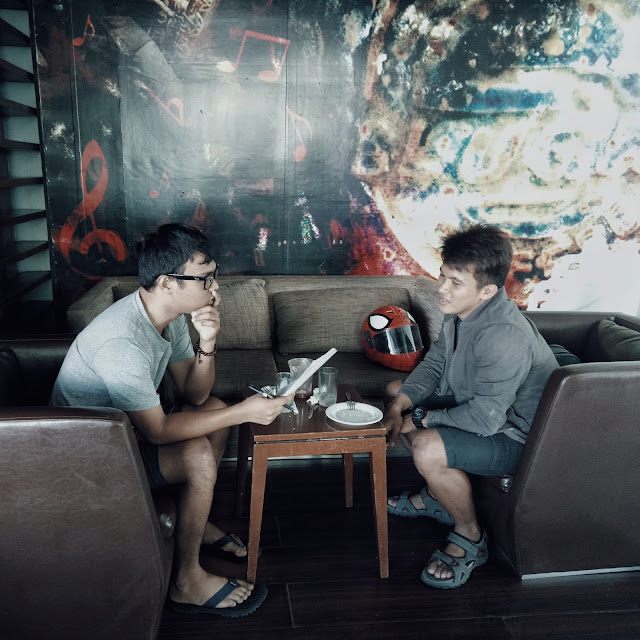 "South Cotabato Governor Daisy Avance-Fuentes told us that we are OA (Overacting) in her Bombo Radyo interview," echoes Cirilo Lagnason Jr. "If we are OA in our concern with regards to our environment, so be it."

Cirilo and his group Kidlikasan sent a letter to the Office of the Governor, stating their opposition to the idea of releasing lighted balloons as part of the Interfaith Thanksgiving Celebration of the Tnalak Festival which will be held on July 12, 2017, at South Cotabato Sports Complex.

As he relates, they are not against the idea of the interfaith event. They are more worried about the detrimental effects of releasing balloons to our environment specifically to the marine life.

"I was expecting that Gov. Fuentes would propose a win-win solution to this small issue. I did not expect that she would call us OA for our concern. I thought she would take proactive measures to solve this issue."

On Kidlikasan Facebook page, they posted an Open Letter to help raise awareness. As it turned out, most of the netizens support their cause. For example, Cornelio "Kido" Ramirez Jr., the Administrator of Environmental Conservation and Protection Center (ECPC) in Sarangani Province, shared his concerns about the said event. In his Facebook post:

"It must be stopped! I said stop! Said PRRD when wanted to stop irregularities in govt. Yes this must be stopped. First, it doesn't give any relevance to the celebration itself. Second, this is a waste of money. Third, this gives harmful effect to the environment especially plants and animals. Fourth, this is another form of improper waste disposal. Imagine disposal of hazardous waste like this reaches as far as the wind can bring them and most of the time ends up in the bodies of water. Fifth, this action is illegal invoking R. A. 9003 ESWM Law and Wildlife Protection Act among others. To organizers of the festival please be considerate and mindful of the adverse environmental effect and any legal consequences of your action."

Environmental groups like Save Philippines Seas (SPS) and Marine Wildlife Watch also expressed their concern about the event. They have already written a letter to be sent to the Office of the DENR Secretary.

"If this action may affect my job as Science Research Specialist in DENR 12, I'm ready for it," says Cirilo. "If this initiative calls for my resignation, so be it. I stand for what I believe. I stand firm in my environmental advocacy."

“To be honest, I was expecting that (DENR) office would support my cause. But they just remained silent as if nothing happened.”

“What if someone more influential sends a letter to the Office of the Governor? Would they immediately respond to it?”

Cirilo can’t help thinking such questions in the sense that the local government of South Cotabato made a lukewarm approach in responding to this issue. Gov. Fuentes only reasoned out that they cannot cancel the ceremony because they had already issued a purchase order to the supplier. If they would not do it, the Commission of Audit (COA) would question them.

"Let’s all be vigilant on our government or the events in our own localities. Maybe we are so overwhelmed by the entertainment that festivals can offer to us. But at the end of the day, we are going to suffer its impact especially if it is negative.”

This concern is a great reminder to those event organizers and local government units who are not conscious about the negative effects of their events not only to our local culture but also to our environment.