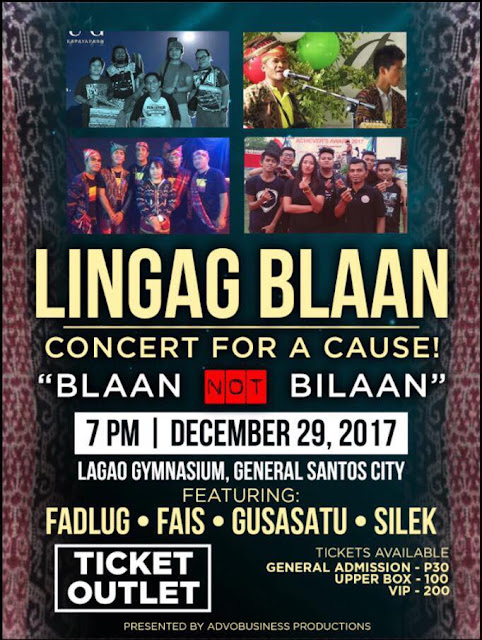 The AdvoBusiness Productions organized a concert for a cause called --- the Lingag Blaan Concert. It's the first Blaan concert in GenSan that will be held on December 29, 2017, at Lagao Gymnasium.

"Let the output of AdvoBusiness be the noise," said Crisson Ray Gangoso, one of the organizers of the concert. "We want to raise awareness about the Blaans and educate the public about our culture. This concert also raises awareness and help solve the issues with regard to the discrimination of the Blaans."

The initiative to have this concert was inspired by longstanding discrimination on the Blaan in so many forms like social media bullying and the casual expression of “Bilaan.”

“This concert is a medium to advocate strongly that we are Blaan and we assert to be called respectfully by our IP name as Blaan," said Crisson.

There are four Blaan performing art groups who committed to volunteer their time and talent to support this Concert for a Cause. They are --- GusaSatu Band (GenSan), Fais Band (Polomolok South Cotabato), Fadlug Band (Malapatan Sarangani) and Silek Band (Tampakan South Cotabato).

The ticket price is affordable. For General Admission it's P30. Upper Box is P100. And VIP is P200. The proceeds of the concert will benefit two Blaan schools in GenSan and Sarangani Province.

"I hope the public will support this event," Crisson said. "Stop the discrimination against the Blaans. We deserve to be respected than to be discriminated."

AdvoBusiness Production is a social enterprise events management production who manage by the Blaan professionals in the region. 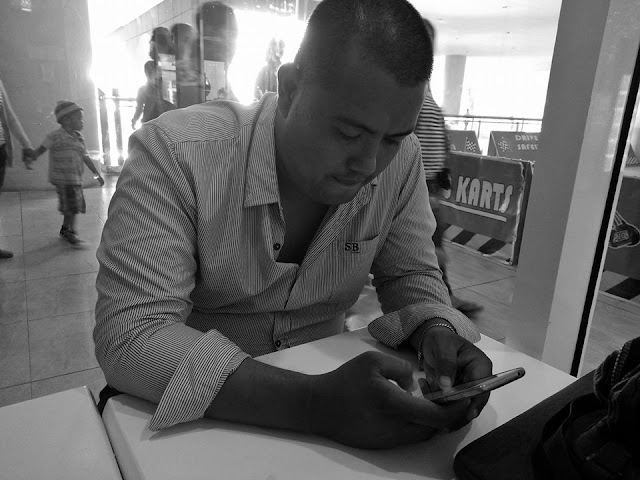