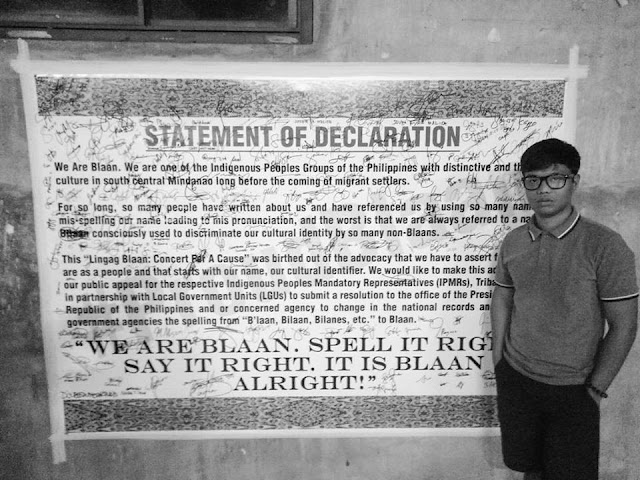 The AdvoBusiness Productions organized a concert for a cause called --- the Lingag Blaan Concert. It's the first Blaan concert in GenSan held last December 29, 2017 at Lagao Gymnasium, General Santos City, Mindanao Philippines.

The initiative to have this concert was inspired by longstanding discrimination on the Blaan in so many forms like social media bullying and the casual expression of “Bilaan.”

There were four Blaan performing art groups who committed to volunteer their time and talent to support this Concert for a Cause. They were --- GusaSatu Band (GenSan), Fais Band (Polomolok South Cotabato), Fadlug Band (Malapatan Sarangani) and Silek Band (Tampakan South Cotabato).

Watch the video below: