Breaking the Mental Health Stigma in the Philippines 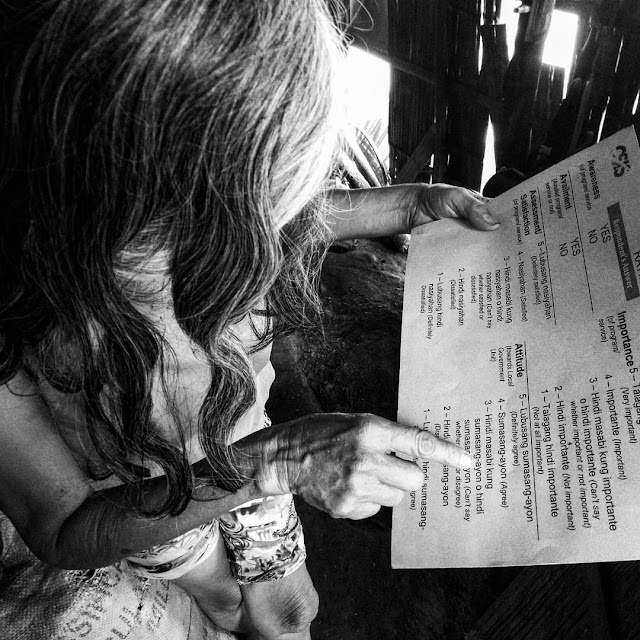 In the Philippines, however, depression is one of the most common form of mental illnesses. In the article “We need to talk about mental illness in the Philippines,” Ross Tugade cites the National Center for Mental Health's statistics on suicide rates: “2.5 for men and 1.7 for women per 100,000 members of the population. "These numbers do not include unreported cases.” He adds that, according to a 2014 report of the World Health Organization, “There were 2,558 cases of suicide due to mental health problems in the Philippines in the year 2012 alone. As a public health concern, mental illness hits the most vulnerable sectors of society — the young and the poor.”[1]

“With headline-making metrics such as the World Happiness Index that indicate an increase in the overall emotional well-being of Filipinos. Issues surrounding mental health take the backseat and easily fall beneath the cracks.” adds Tugade. “Living within a culture that emphasizes resilience and humor amidst pain and personal suffering makes it all the more difficult to talk about mental illness out in the open. The stigma surrounding mental illness only adds to the layers of struggle of people who suffer from various mental health conditions.”

President Rodrigo Duterte has recently signed the Philippine Mental Health Law, or Republic Act 11036, which aims to give better access to mental health care. “The law seeks to provide mental health services down to the barangay level, and integrate mental health programs in hospitals. It also seeks to improve mental health facilities and to promote mental health education in schools and workplaces. The bill also calls on the government health insurance provider PhilHealth to cover psychiatric consultations and medicines, and not just hospitalization [2].”

"No longer shall Filipinos suffer silently in the dark. Mental health issues will now cease to be seen as an invisible sickness spoken only in whispers," said Senator Risa Hontiveros, former chair of the Senate committee on health and author and principal sponsor of the bill in the Senate.

“The implementing rules and regulation (IRR) of the recently approved Mental Health Law is now being drafted by the Department of Health (DOH) and is expected to be out within 60 days.” [3] 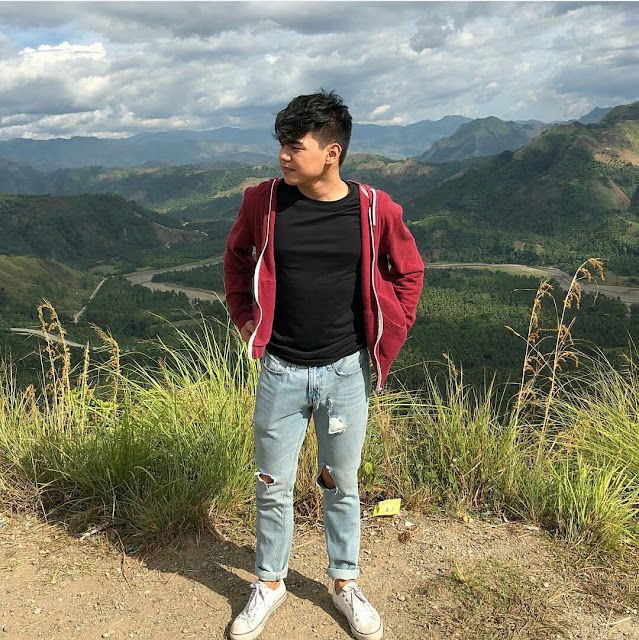 Sielok P. Camarote or “Lau”, as his friends call him, is a typical 20-year old. He is a third year AB Psychology student at Notre Dame of Dadiangas University (NDDU). But if you try to know him better, you would discover that he has suffered from a set of mental health conditions. He was diagnosed with Major depressive disorder (MDD), Anorexia nervosa, and Bulimia nervosa.

“I had a history of multiple suicidal attempts when I was a teenager,” says Lau. “That time, I was living independently in Davao City. Alone in my apartment, I was sending goodbye text messages to my friends.”

Lau has also made large cuts on his wrist. His closest friends called for help. The policemen went inside his apartment and saw the body of Lau soaked in his own blood. He was immediately rushed to the nearest hospital.

“I was admitted to a ‘normal’ hospital. The doctor asked me certain questions and I always denied that I’m not crazy. He recommended me to be confined in a mental health institution,” Lau recalls.

A lot of factors contributed to Lau’s condition including having a broken family and societal pressure.

Lau was confined at St. Peter’s Counselling Home for a month. “I can’t imagine that I was confine there. It was like in a movie with different kinds of patients – of drug abuse, victims of rape, bipolar disorder, etc.”

He had three roommates in his room. Inside the facility, they had a set of rules to follow. For example, they would wake up at 5 am, take their morning shower, and have their regular exercise after as well as other activities. “It’s like you’re in a prison cell,” as Lau describes.

During his confinement at St. Peter’s Counselling Home, he celebrated his 19th birthday with his fellow patients. “That time I was the youngest patient in the hospital. It’s a different celebration in the sense that I didn’t celebrate it with my family or friends. I celebrated it with people who have mental illness.”

“You get to be grateful for what you have before. Inside the facility, you have only limited things as if you are strip down of everything,” says Lau.

After a month, Lau was discharged from the hospital. “I cried when I left the hospital. That time, I hoped that the other patients would overcome their mental illnesses.” 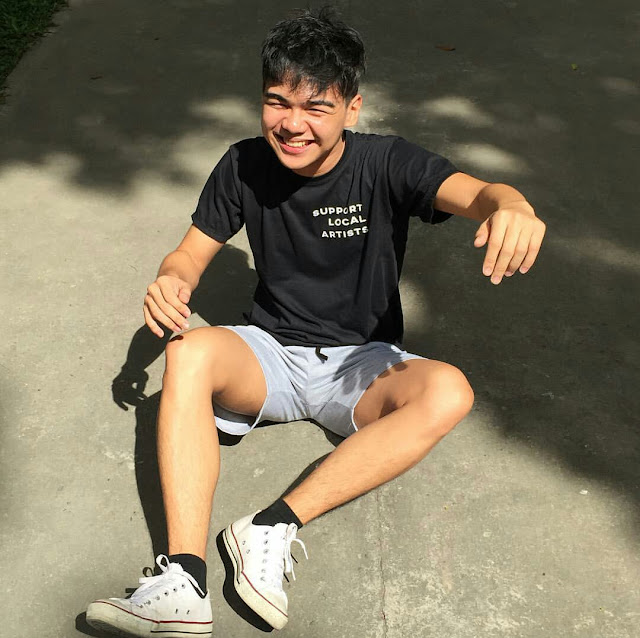 Lau then needed to lie low for six months. He apologized to the people he had hurt before. He let go of his “baggage” and refrain from using social media. Most importantly, he reached out to those people who have a similar condition. It is, somehow, his comeback to the society. Most of his friends thought he died from that suicide attempt in his apartment. He explained to them what really happened since they did not know the whole story.

Lau is now based in GenSan and continues to live a normal life. “I opted to study and move to GenSan to prove that I can live alone and independently.”

Lau is open about his condition. He is not afraid if someone asks about his past.

“It’s about the power to speak about it,” says Lau. “I’m always invited to talk on mental health forums in GenSan and Davao City. I am able to share my experience to other people. It’s one way of helping break the stigma.” 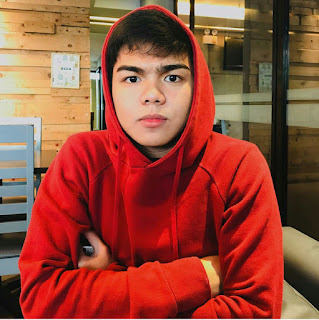 “We are all fighting our battles every day. It’s just that some stumble. I know it’s hard. But if you accept it, you start to heal. It’s not something to be ashamed of. Just believe that you can overcome it.”

Even though Lau has been overcoming his mental illness, some of his classmates still make fun of his condition. “It’s ironic that they’re studying psychology and yet they’re mocking my condition,” says Lau. “I feel sad for them because they don’t really know about mental illness. I think they have the real problems.”

“Having a mental illness is not a joke,” Lau emphasizes.

“I know it’s hard to empathize, especially those who cannot understand mental illness. It’s different when you experience it yourself. I hope people would treat it as normal as if you have a cough and it can be treated. I hope the stigma on mental health in the Philippines would end,” says Lau.

Lau is actively participating with mental health groups such as the Mindanao Youth on Mental Health (MYMH) in GenSan and other support groups in Davao City, as well as in online suicide watch forums, such as on Reddit. 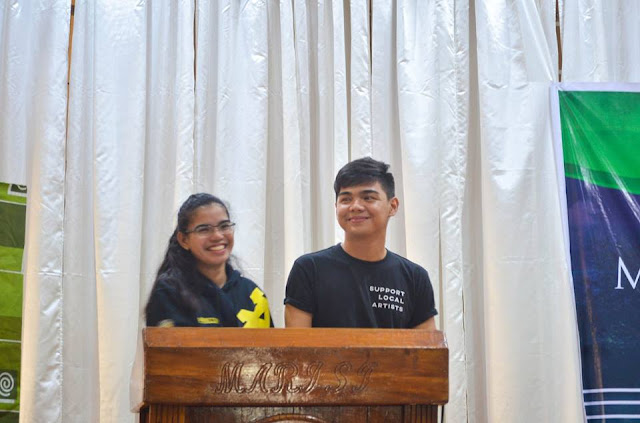 “Even though we don’t have much, we still promote our advocacy,” says Lau.

“It’s not too late to know about mental health,” says Vincent Kynth J. Baliguat, the Co-convener of MYMH and Regional Head for Youth for Mental Health Coalition. “This is not being OA. All of us can be affected by it. That’s why it is important to intensify the campaign.” 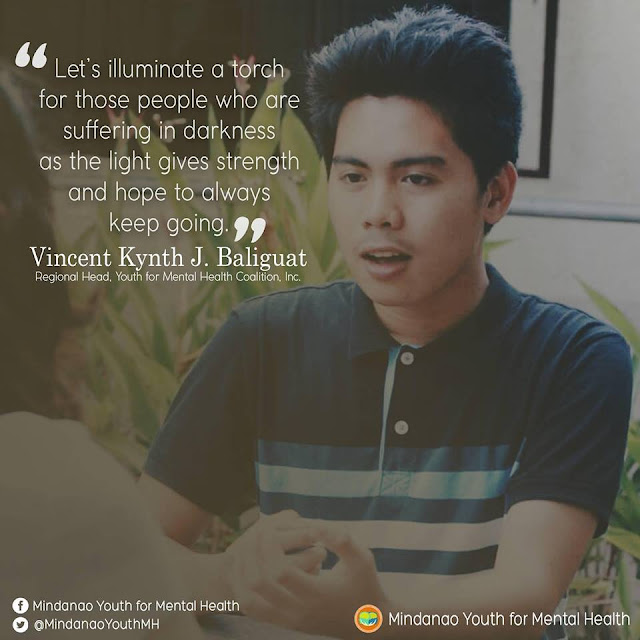 Vincent Kynth J. Baliguat is a third year BS Biology student of Mindanao State University-GenSan and an advocate of mental health. In the previous years, MSU GenSan had cases of depression due to academic pressure and these resulted to suicide incidents.

“I think the previous student leaders from different organizations had least prioritized the issue of mental health problems. But we are still thankful that we have organized MYMH and been able to help students to get informed about mental health.”

Mindanao Youth for Mental Health (MYMH) is a coalition that supports Mental Health advocacy, and policy both in local and national. The coalition aims to raise awareness and education drive to the community for the people to understand mental health. MYHM pledged to render help in honing mentally healthy society.

MYMH started on September 2017, as a project under his organization - Organization of Mathematics and Natural Sciences Students (OMANSS). A representative from Junior Information Technology Society (JITC) approached him to propose a joint project for mental health awareness forum. They have organized the mental health forum and eventually expanded their reach to other colleges and universities in the region. As of this writing, they have member organizations like OMANSS, JITC, Akbayan Youth, Supreme Student Government of NDDU, MSU Supreme Student Council and Peer Facilitators Society. 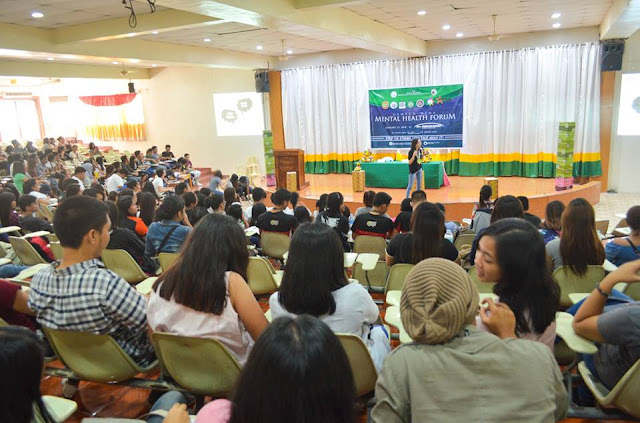 “There are many misinformed students and that is why we need to help them get informed about mental health. We have conducted forums and other IEC campaigns to different schools. We also plan to lobby a local Mental Health policy in GenSan,” Vincent says.

“As advocates for mental health in the country, we consider the Mental Health Law as our biggest achievement,” Vincent adds.

With the newly approved law, MYMH hopes that the Filipinos would be educated about mental health illnesses and the stigma attached to it would end; that people who suffer from it could get treatment and still be loved and accepted by society; and that they step out from darkness and able to tell their stories.