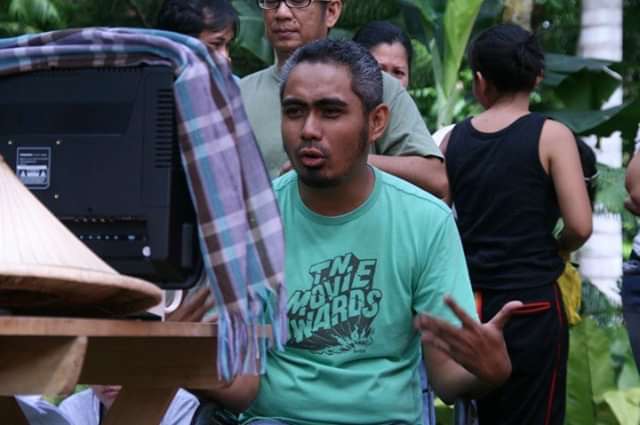 Gensan-based film director Teng Mangansakan has been honored as one of the luminaries of Philippine cinema in the Sine Sandaan Philippine Cinema Centennial celebration on September 12, 2019. It had a grand gala at New Frontier Theater dubbed “Sine Sandaan: Celebrating the Luminaries of Philippine Cinema’s 100 Years.” Honorees include such film heavyweights as actor Piolo Pascual, scriptwriter Ricky Lee and Cannes winning director Raymond Red. The honor was bestowed to him because of his distinctive work, artistry, and contribution to our national cinema.

With a film career spanning two decades, Teng has produced, written and directed a slew of short and feature films starting with the seminal documentary 'House Under The Crescent Moon' which won the Gawad CCP para sa Alternatibong Pelikula at Video best documentary in 2001. In 2010 he made his debut feature 'Limbunan' as a finalist of Cinemalaya. The film was screened in the International Critics Week section of the prestigious Venice International Film Festival, one of the top 3 film festivals in the world. Soon after it was screened in more than two dozens international film festivals.

A prolific filmmaker, his filmography has helped shape the Regional Cinema landscape of the country. His second film 'Cartas de la Soledad', produced by Cinema One Originals, won the NETPAC Prize for best Asian film at the Jogja-NETPAC Film Festival in Indonesia in 2012, while his third film 'Qiyamah' won the Grand Jury Prize at the Sineng Pambansa Film Festival in 2010. It won best film at the Young Critics Circle Citation for Distinguished Achievement in Film in 2013. Teng's fourth feature ‘The Obscured Histories and Silent Longings of Daguluan's Children' won best film and best director at the Cinemanila International Film Festival in 2012.

After a brief hiatus, Teng returned to the director's chair in 2016 with 'Daughters of the Three Tailed Banner', Grand Jury Prize winner in the World Premieres Film Festival. That same year he made his documentary on the Palimbang massacre entitled 'Forbidden Memory' which won best documentary at the Cinema Originals Film Festival.

In 2018 he directed the period film 'Bird of History' as a QCinema finalist. It won best screenplay at the Young Critics Circle Citation for Distinguished Achievement in Film in 2019.

Not confining himself to film production, he also writes critical essays on cinema and edits the film journal New Durian Cinema. An internationally recognized film educator, he has mentored Asia Pacific filmmakers in the Makassar Screen Academy in Indonesia, the Asia Pacific Screen Lab organized by NETPAC and the Griffith Film School in Brisbane, and the Mindanao Screen Lab.