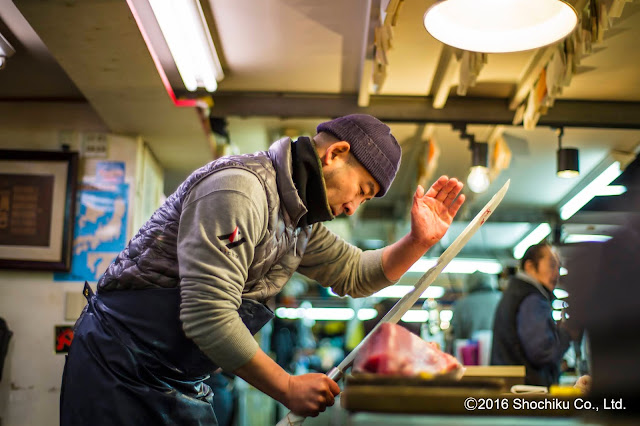 This year’s edition of JFF Plus: Online Festival has an interesting film lineup that would make you ask for more Japanese films. The Japan Foundation, Manila (JFM) continues its tradition of bringing quality Japanese films and sharing its diverse culture to the Filipino people through the digital edition of the film festival.
The festival put the spotlight on 28 short and full-length feature films in various genres. The films are available for 24 hours in the newly launched JFF Plus, a website run by the Japan Foundation to spread Japanese films overseas. The portal serves as a gateway to Japanese culture. The JFF Plus: Online Festival started last November 20 and will end on November 29, 2020.
The stop-motion animated short films are one of those films that have striking appeal. For example, Gon, The Little Fox (dir. YASHIRO Takeshi), Norman the Snowman: A Night of Shooting Stars (dir. YASHIRO Takeshi), and The Girl from the Other Side (dir. KUBO Yutaro & MAIYA Satomi) can be both pleasing to the young and adult viewers. Aside from its beautiful visuals, it has a simple plot but loaded with a good message.
The documentary films such as Peace (dir. SODA Kazuhiro), Tsukiji Wonderland (dir. NAOTARO Endo) and Toro-san in Goto (dir. OURA Masaru) show a glimpse of contemporary Japanese life and society. These documentary films help the viewers understand not only Japanese culture but also its societal problems and concerns.
Romantic films never fade its charm to the young and young-at-heart viewers. Films like A Story of Yonosuke (dir. OKITA Shuichi), Little Nights, Little Love (dir. IMAIZUMI Rikiya), and Our 30- Minute Sessions (dir. HAGIWARA Kentaro) would give you the kilig factor that you can expect from Japanese romantic films.
JFM is feeling optimistic in the sense that showing the featured films online can easily reach more Filipinos all over the country. Anyone with a smart TV, computer, mobile phone, or similar gadget with access to the internet can view the films at the comfort of their homes. A viewer is only required to have a working email address to register. Once you logged in, you can access the films that you want to watch. Just make sure to check its schedule that is available on the website.
With a central mission to promote Japanese film around the world, the Japanese Film Festival positions itself as an avenue to celebrate Japanese culture in the Philippines and increase people’s interest in Japanese films, as well as bridge the Asia-Pacific film market and the Japanese film industry for possible collaborations. Last March, here in the Philippines, JFM bid sayonara to the popular “EIGASAI” brand and embrace the “Japanese Film Festival” with a fresh selection of fun and exciting films this November.
The JFF Plus: Online Festival is made possible together with Japan Foundation Asian Center, in partnership with JT International (Philippines), the Film Development Council of the Philippines, the Embassy of Japan in the Philippines, and SM Cinema.