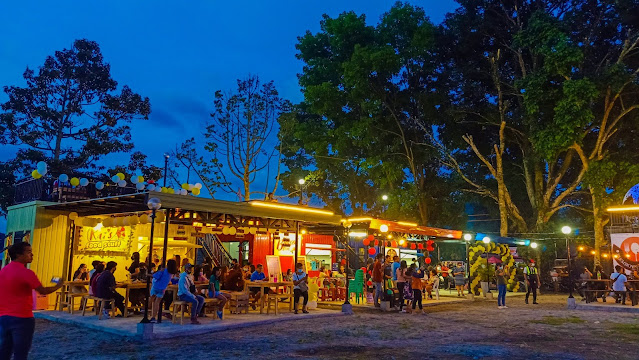 In recent years, the Municipality of Tboli has grown economically. “We realized that the town is growing in terms of investments and economic activities like tourism. We have increasing tourist arrivals,” said Engr. Bary Lugan, the Municipal Agriculture Officer.
The local government unit of Tboli launched Tboli Knoon Food Hub on March 8, 2021, which aims to showcase the local food industry of the town. It is part of the vision of their local chief executive to help Tboli become one of the economic centers of the region.
“This project is for you (Tboli people). But you need to support this project and other government programs for its sustainability,” said Mayor Dibu S. Tuan during its launching.
The town has many known and emerging tourism destinations such as Lamhaku Hot Spring in Barangay Lamhaku, Bakngeb Cave in Barangay Laconon, Lake Holon in Barangay Salacafe, and Hidak Falls and Hikong Kemebel in Barangay Kematu.
Aside from its natural attractions, the municipality also offers mouth-watering food, both Tboli and Ilonggo cuisine. The food hub is a form of livelihood for the locals because it gives the opportunity to market their agricultural products. According to the Office of the Municipal Agriculture, in 2020, the Municipality of Tboli produced 3,125 tons of rice; 49,007 of corn; and 3,348 tons of High Value Commercial Crops. 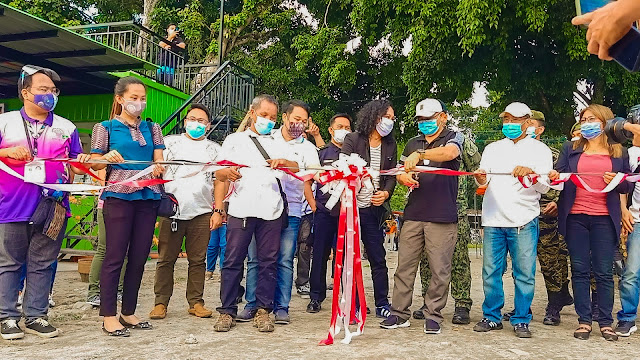 “The town produced many agricultural products and the project acts as a venue for it. It is another source of revenue and employment for the town. We are helping our local economy to grow. We look forward to sustaining it through the support of the local people,” Engr. Lugan said.
He also serves as a bridge to the farmers in bringing their agricultural products directly to the food concessioners of the food hub. Engr. Lugan also helps in terms of policy formulation to institutionalize the project and to be adopted in their Sangguniang Bayan. Engr. Lugan is working with Rodel Hilado (Senior Tourism Officer); May Flor Carlos (Market Supervisor); Maricar Sollesta (Licensing Officer); and Hayde Golingay (Sanitation Inspector 1).
“This project is a working progress. We hope that it will be completed by 2022. “We also dream that the Municipality of Tboli will be the food basket of South Cotabato. Tboli Knoon Food Hub is one of a kind project,” Engr. Lugan said.
__
Originally published in SunStar Davao written by
Genory Vanz Alfasain (Yadu Karu) and photos by Darryl Angelou Estinoso
Labels: agriculture Food trip news Tboli