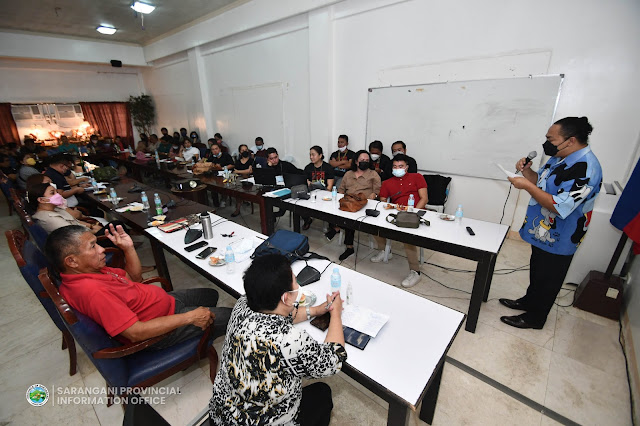 ALABEL, Sarangani -- The Provincial Tourism Council (PTC) of Sarangani elected its new set of officers on July 20 during their General Assembly Meeting at the Kasfala Hall, Capitol grounds.
PTC's new set of officers include Jobelle Pacquiao, first lady of Governor Rogelio “Ruel” D. Pacquiao, as the new president; and Dr. Candeleria Yap, first lady of Glan Mayor Victor James Yap Sr., as the new vice president.
Also, Noel “Weng” Alicarte from Kiamba was elected secretary, and Lilibeth J. Salarda, first lady of Alabel Mayor Vic Paul Salarda, is the new treasurer.
Ms. Pacquiao thanked the members of the council for electing her as the president and encouraged them to work with her in achieving the council's dreams for Sarangani.
"Let's make the name Sarangani loud. Loud that it can be heard not only in SOX nor in Region XII alone, but in the whole world," Pacquiao said through her representative, Ser Espartero.
The general assembly meeting was attended by the municipal tourism councils of the seven municipalities of Sarangani. (Jake Narte/SARANGANI PROVINCIAL INFORMATION OFFICE)
###