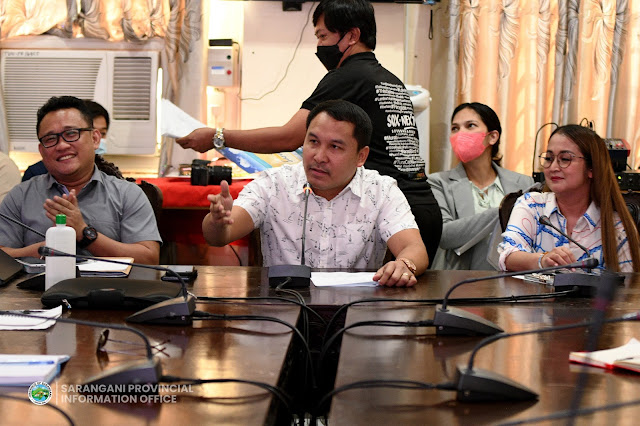 ALABEL, Sarangani (August 3, 2022) – After the two-year pandemic break, Sarangani’s Munato Festival returns in the limelight this November.
Governor Rogelio “Ruel” D. Pacquiao confirmed on Tuesday (August 2) during the initial Munato 2022 multi-sectoral meeting that Sarangani will be celebrating face-to-face the province’s 30th Foundation Anniversary and 20th Munato Festival this year.
PTC President and first lady Jobelle Pacquiao and Provincial Administrator Atty. Ryan Jay R. Ramos also joined the meeting along with provincial heads of offices.
“It is very significant to me because this will be my first celebration in my first term as governor, so I’m so happy,” Governor Pacquiao said.
He said the Munato Festival 2022 will be a “fun, exciting, more colorful, and an all-inclusive celebration” that everyone will be looking forward to.
Provincial Tourism Officer April Marjorie P. Rudes said Munato 2022 will hold a “Panagtagbo sa Munato” where all Sarangans of all ages, groups, and tribes will get to “meet face-to-face after two years of not celebrating the festival.”
“We have the usual activities na atong gina-conduct, and we also have proposed new activities for the families, the Moro people, the IPs, and all the different tribes of the province,” Rudes said. 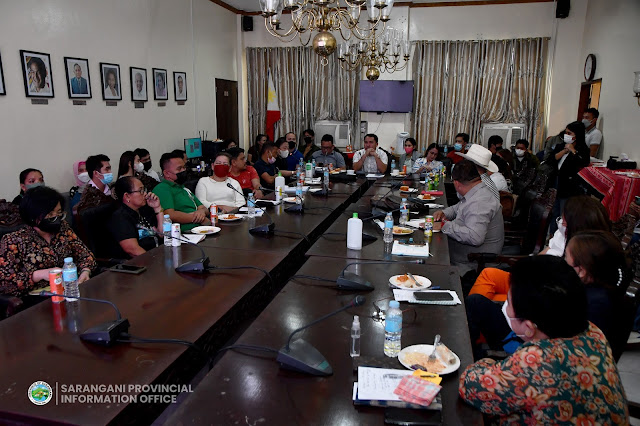 Governor Pacquiao also assured that the usual constraint in holding a grand celebration, which is the provision of enough funds, will be addressed by the local government.
“I already had a talk with the Sangguniang Panlalawigan members and they are very much willing to augment funds for this purpose,” he said.
Governor Pacquiao thanked the national agencies and private partners, the PLGU departments, the Capitol heads, the Provincial Tourism Council (PTC), and the tourism officers of the seven municipalities who will be part of the festival’s committees.
According to Rudes, Sarangans “will expect a grander, bigger, and longer celebration of the festival, jam-packed with activities that will capture the interests of everyone.”
The Munato Festival is a celebration of honoring the province’s tri-people community which includes the Moro people, the Lumads, and the Christians.
Munato is a Blaan phrase that means “first people” due to the large population of indigenous people inhabiting the province. In addition, Munato has revolved to refer to the anthropomorphic burial jars dating to 500BC which were discovered in the caves of Pinol in the municipality of Maitum. (Jori Mae R. Samillano & photos by Martin Fernando Bernad Jr. /SARANGANI PROVINCIAL INFORMATION OFFICE)
###
Labels: news Sarangani