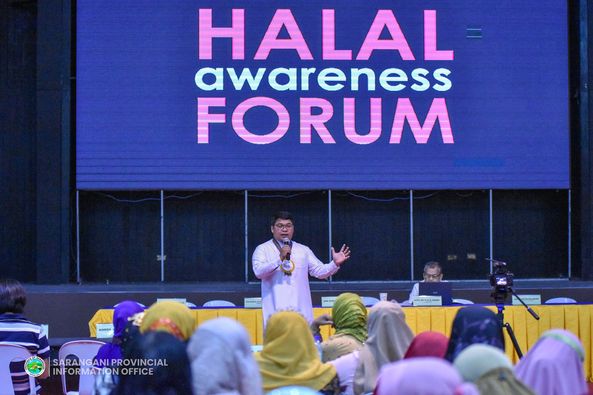 ALABEL, Sarangani -- The provincial government of Sarangani is eyeing to establish a Halal industry in the province which is anticipated to boost local economic development.
On September 28, a Halal Awareness Forum was held at the Capitol gym that discussed the significance of Halal, its Islamic perspective, and its cultural and economic gains, with the end goal of establishing a Halal industry in the province.
The forum was conducted to further inform the Moro communities in the province, especially those in the micro-business industry. These include women's associations, farm organizations, and other concerned sectors.
The forum focused on the importance of Halal in all food and non-food products.
"This forum is very important especially today that food safety and security is bliss," said Atty. Guialil Kanda, president of the Regional Halal Agri-fishery Council of the Department of Agriculture XII.
"When we say Halal, we mean food safety and security," he added.
According to Atty. Kanda, one of the foundations of Halal is Republic Act 10817 or the Philippine Halal Export Development and Promotion Act of 2016. This law encourages local government units (LGUs) to pursue exporting of Halal products in order to establish and develop the national and local economy.
Kanda hoped the forum will become an avenue "of not just promotion but the start of the participation of agri-fishery and all sectors and associations to join and work together to produce market-ready and export-ready Halal products." 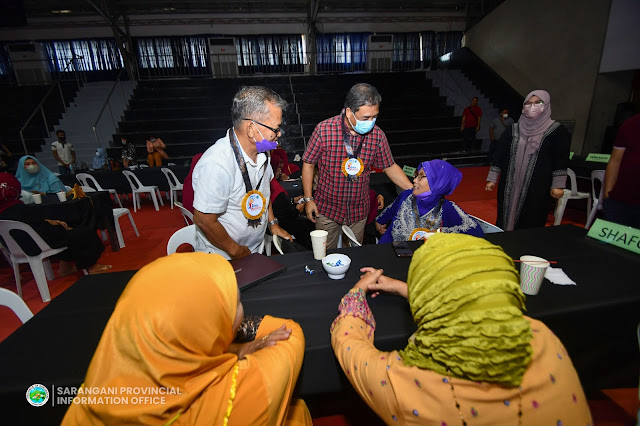 He said Sarangani is rich with "raw materials or products like coconut" but only "lacks an existing Halal marketing facility which will support our export initiatives."
"In the next two or three years," Kanda hoped, "we can have our own Halal industry here in the province."
Katherine Pangolima, Ronda Probinsya SABAP Kauyagan project manager, said the establishment of a Halal industry "will help alleviate poverty in the province," as it would "push for economic development not only of the Moro communities but of all Sarangans," which is among Governor Rogelio "Ruel" D. Pacquiao's priority goals.
Vice Governor Dr. Elmer De Peralta also assured the participants of the provincial government's support to the Moro community in this cause.
"Before my term ends, I assure you, we, your officials, will help promote Halal industry in Sarangani and we will appropriate funds, and craft and pass resolutions and ordinances for Halal," the Sangguniang Panlalawigan presiding officer said.
Jessa Jane Locabarte of the Department of Trade and Industry (DTI-Sarangani) also encouraged the associations and organizations to "aim for global/international standards in doing business in the Halal industry."
Provincial Halal Consultant Ustad Abdurahim Abtahi also discussed the halal and haram in the Islamic perspective to further bring enlightenment to the participants.
Halal is Arabic for permissible or that of which adheres to or allowed in the Islamic law, as defined in the Qur'an, while haram means forbidden or unlawful to the Islamic law. (Jori Mae R. Samillano and photos by Jake T. Narte/SARANGANI PROVINCIAL INFORMATION OFFICE)
###
Labels: news Sarangani