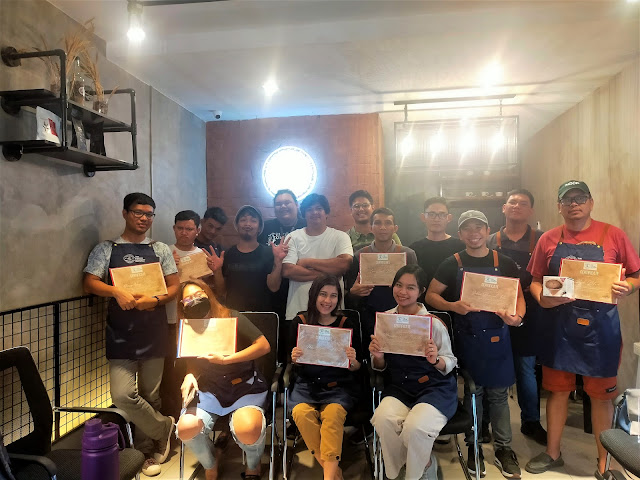 The Coffee Academy (TCA) GenSan produced 11 graduates from their 3-day coffee crash course that ran from October 7 to 9, 2022, at GoodBlends Café, Lagao, General Santos City. The in-depth coffee course aimed to educate about specialty coffee and the value chain, as well as to train the students who want to pursue a career in the industry.
“The members of the coffee association are our top priority for this academy. We want them to have the right knowledge to help inform the general consumers. If we provide relevant information to them, in return they can spread awareness with regards to the coffee value chain,” TCA instructor and GenSan Coffee Association President John Paul Velayo said.
“TCA was conceived out of our frustrations to educate the public about specialty coffee. There were also some local baristas who were eager for deeper knowledge about coffee. We thought of it as our legacy to the coffee community,” TCA instructor and GenSan Coffee Association Vice President Raniele Cedrik De Vera said.
On the first day, TCA instructor Arnel Cadeliña discussed Coffee Quality and Sensory Analysis. The students did sensory analysis exercises that included olfactory and taste, as well as coffee brewing and comparative cupping sessions.
On the second day, TCA mentor De Vera talked about Coffee Manual Brewing Essentials. He presented different coffee vessels and demonstrated different brewing methods. They also conducted a brewing challenge as a way of practicing what the students have learned from the theoretical discussions.
On the last day, barista instructor Julius Valeriano talked about Barista 101 and demonstrated espresso calibration, grinder calibration and milk steaming with latte art. The students were able to try to make espresso and latte art. Coffee instructor Velayo also discussed coffee shop management. The participants presented their coffee shop business concept to the coffee instructors. 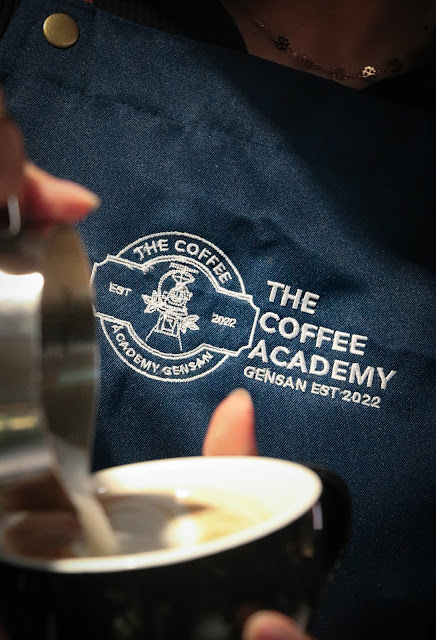 Velayo and his group look at the sustainability of the coffee value chain of the region. They advocate for the right information as a way of informing the public of the importance of the coffee industry.
SOCCSKSARGEN region is positioning to become the coffee capital of the Philippines. It is now the number 1 coffee producer contributing 32.4% of the total domestic coffee production. Region 12 has more than 26,000 hectares of land devoted to growing coffee.
De Vera said that “if we encourage the farmers to follow good agricultural practices the coffee value chain would flourish.” He also stated that the baristas “would share the right information to the consumers if we teach them the right coffee education.” Through that we can help empower the local coffee industry.
“Our mission is to educate people, one cup at a time. We encourage the public to patronize our local coffee shops that use local beans from our farmers in the region. We hope that the public would educate themselves about the coffee value chain to understand the industry,” De Vera said.
The students were delighted that they enrolled in the coffee course. They will use what they learned to help advocate the local coffee industry.
“At first I doubted attending TCA classes. I thought it would be a waste of time and money. But when I attended the classes, it was an eye-opening experience. The coffee instructors were generous in giving the right information just to educate me about coffee,” TCA graduate Rogel Bito-on said.
“Being a barista is probably one of the most versatile jobs that could be found today. Pursuing a barista career abroad might be challenging but through TCA I've learned a lot of things and honed my skills as well,” TCA graduate Alexandra Castillon said.
“Don’t hesitate to enroll in the coffee academy if you want to know more about the industry or if you want to pursue a career. We are pushing the same industry. Let’s help each other for its sustainability,” Velayo said.
TCA GenSan was organized in collaboration with the GenSan Coffee Association.
###
Labels: coffee industry coffee shop Gensan news