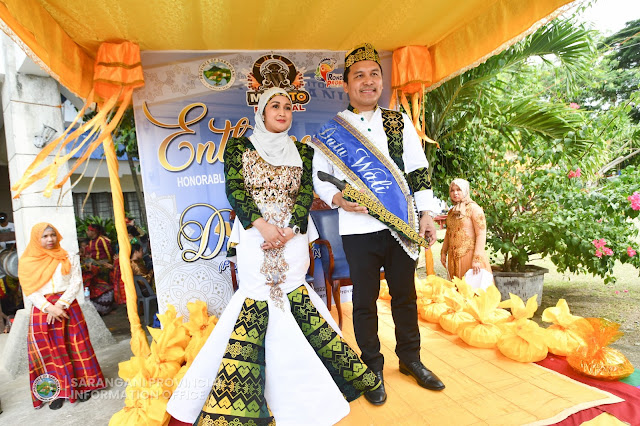 ALABEL, Sarangani (November 25, 2022) – Several Moro leaders of the seven municipalities of Sarangani bestowed upon Governor Rogelio “Ruel” D. Pacquiao the title “Datu Wali” which means “protector” of Sarangani.
The enthronement of the governor was held during the Moro Day and the opening of Moro Pagingadan or Moro cottages on November 25 at the Kasfala Hall, Capitol grounds, in line with the celebration of the 20th MunaTo Festival and 30th Founding Anniversary of Sarangani.
The title, alongside a Muslim attire and a certificate of enthronement, was given in recognition of the significant efforts of Governor Pacquiao in protecting and advancing the rights of the Moro Communities to equal opportunities for growth and development in the province.
Governor Pacquiao on the other hand, accepted with honor and pride the title given to him and assured the Muslim community of his support to their endeavors and aspirations. 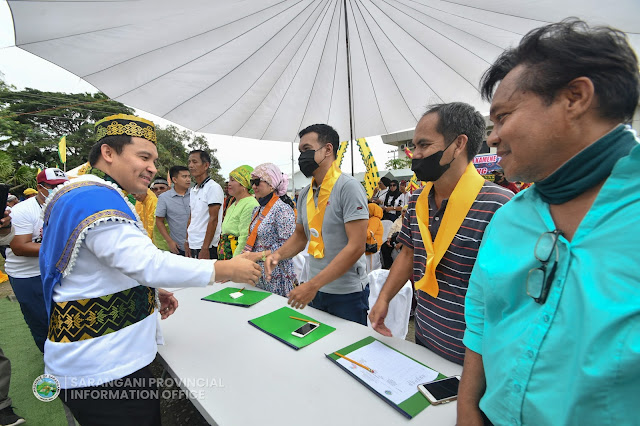 “I heartily accept the challenge na mahimong defender sa atong mga Moro brothers and sisters kay ang akong kasing-kasing ug huna-huna dugay nang nagcommit nga mu-serbisyo sa katawhan, regardless of status in life,” the governor said.
He was accompanied by his wife, President of the Provincial Tourism Council Jobelle Pacquiao during his enthronement.
He also thanked the Moro leaders for helping the government leaders of the province in attaining and sustaining peace in Sarangani.
“We are in the same direction and commitment na maprotektahan ang probinsya and ma-maintain ang kalinaw dinhi para sa mga umaabot pa nato nga mga henerasyon,” said Governor Pacquiao.
During the Moro Day, the governor also led the ribbon-cutting ceremony of the opening of the Moro cottages which display the authentic Muslim food, tapestry, music, and rituals that mostly belong to the Maranao, Maguindanaon, and Tausug tribes. (Jori Mae R. Samillano & photos by Jake T. Narte/SARANGANI PROVINCIAL INFORMATION OFFICE)
###