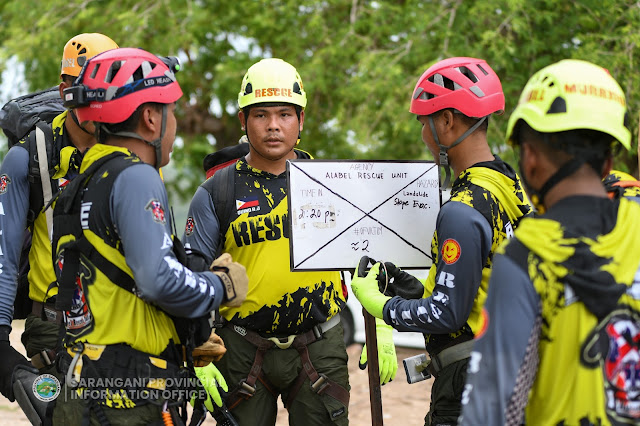 MAASIM, Sarangani (November 15, 2022) – The Provincial Disaster Risk Reduction and Management Council conducted a Search and Rescue Olympics (SARLYMPICS) to further enhance and capacitate the skills of local responders in terms of disaster preparedness and disaster response.

According to Jerry Jucaban Jr., training section chief of PDRRMO, the SARLYMPICS will not only “promote sportsmanship and camaraderie among responders,” but also “ma-update sila sa mga bagong knowledge at bagong techniques sa disaster response.”

During the 5-day event on November 7-11, six teams have undergone courses and were scored by the evaluators from various partner agencies.

This year’s SARLYMPICS also held a Camp Management competition to select the best team who has provided an essential space for effectively organizing needed resources for disaster preparedness and disaster response. 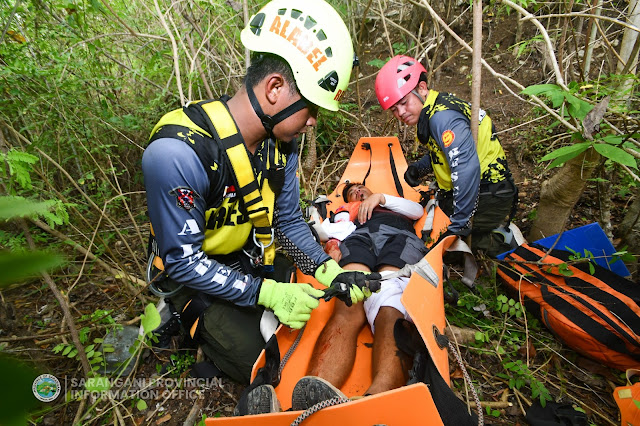 A P10,000 consolation prize was also given to the non-winners of the competition.

This is the 5th win of Alabel responders against all Municipal DRRMO in the municipalities of Sarangani in the annual conduct of SARLYMPICS.

Maasim also bagged several awards including Best in WASAR, Best in LIM, Best in Hailing, and Best in River-Crossing, while Malapatan responders also won Best in BLS-CPR and Best in Camp Management.

Jucaban emphasized the importance of the role of local responders as “the frontline and first responders” when disasters occur. He said the PDRRMO has been conducting “community-based trainings” to capacitate local responders even up to the barangay level.

The PDRRMO hoped that this friendly competition will enhance partnerships that have already been forged in the past between and among the rescue groups, and strengthen the network of search and rescue assistance, cooperation, and coordination in the region. (Jori Mae R. Samillano & photos by Jake T. Narte/SARANGANI PROVINCIAL INFORMATION OFFICE)