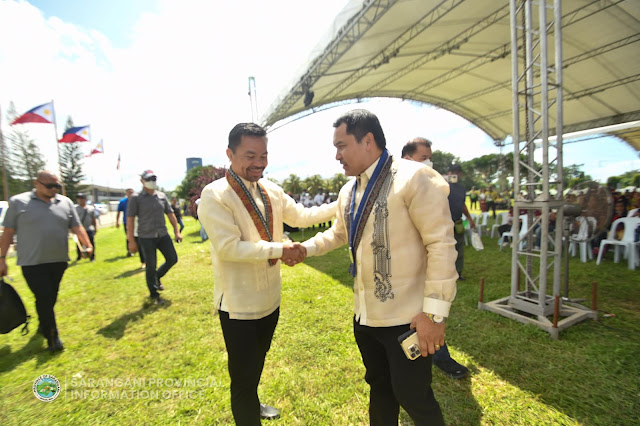 ALABEL, Sarangani Province (November 25, 2022) – A grand celebration of Sarangani’s MunaTo Festival, which was put on hold at the height of the pandemic, is back to celebrate the province’s supposed "cradle of civilization" beginning Friday, November 25.
The "cradle of civilization" in Sarangani has reference to where anthropomorphic secondary burial jars believed to have been made around 500BC to 225AD had been discovered. Governor Rogelio D. Pacquiao declared the formal opening of the 20th MunaTo Festival and 30th Founding Anniversary through the ceremonial bang of the gong at the opening program. 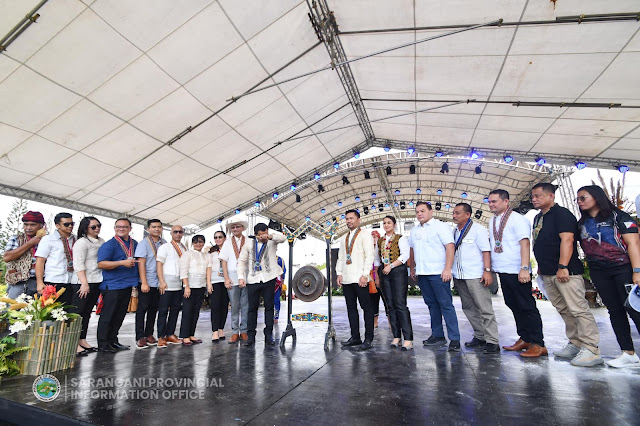 Through the years, the governor said, MunaTo Festival “has evolved to become Sarangani’s most important anticipated holiday” celebrating the rich cultural heritage “which roots all the way back to the earliest human settlement in our country’s history.”
As he encouraged Sarangans to promote and protect the province’s local heritage, Governor Pacquiao conveyed his aspiration to provide “an enabling environment for the growth of our cultural sector and to facilitate unity among our various ethnic and religious groups.” 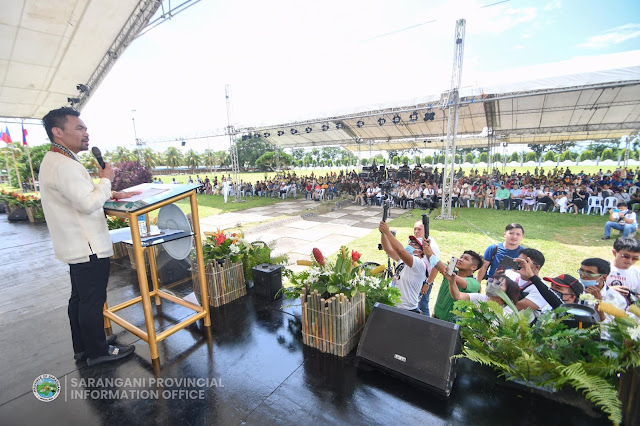 The opening program was graced by Former Senator Emmanuel “Manny” D. Pacquiao who made himself available as guest speaker, despite his training for the upcoming exhibition match in Korea.
He commended the provincial government “for bringing back the vigor and colorful festivities of the MunaTo” and congratulated the organizers, officials, employees, performers, volunteers, and force multipliers for their efforts and active participation, and for ensuring a safe and secure festivity.
The celebration of MunaTo, he said, is traced back to the historical discovery which “points to early civilization that existed more than two thousand years ago.”
Long before the coming of the Spaniards, he said, “there was already a societal structure that existed in Maitum.”
“Ibig sabihin, wala pa po sila Magellan, meron nang mayamang kultura ang ating mga ninuno dito sa ating probinsya,” he said.
Lone District of Sarangani Representative Steve Chiongbian Solon vouched the former senator’s statement saying the “first signs of human life in the Philippines are found in Maitum Jars” which is displayed in the National Museum. 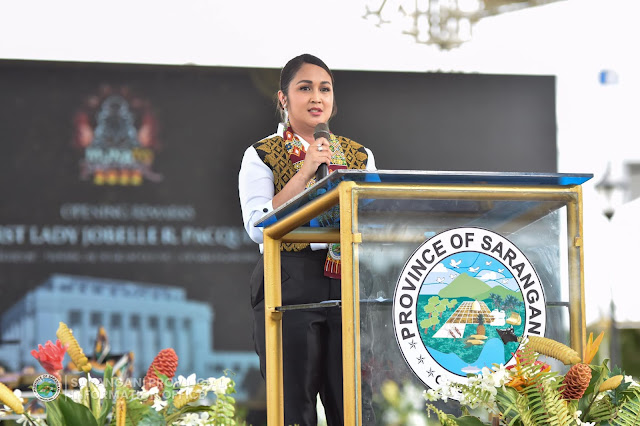 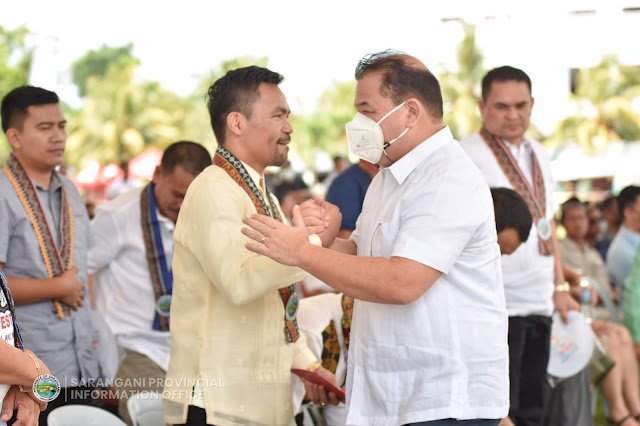 Solon said, the governor, himself, and Former Senator Pacquiao “have forged an agreement to really work together for the best for Sarangani. (Beverly C. Paoyon & photos by Jake T. Narte/ SARANGANI PROVINCIAL INFORMATION OFFICE)
###