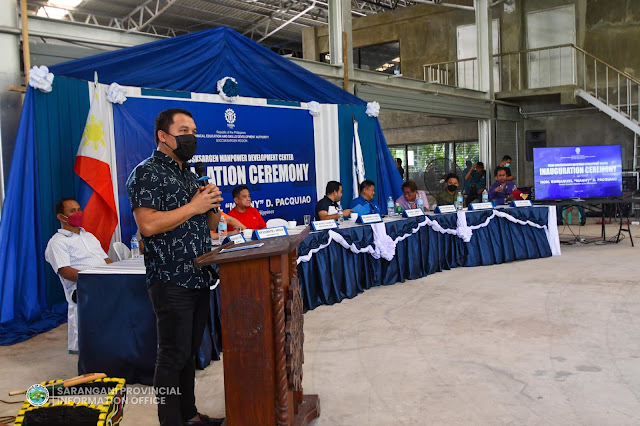 ALABEL, Sarangani (August 17, 2022) - To generate labor force and human capital for economic opportunities in the region, the Technical Education and Skills Development Authority (TESDA) Regional Office XII inaugurated the TESDA SOCCSKSARGEN Manpower Development Center (TSOX-MPDC) on August 17.
The creation of the facility was realized through former Senator Emmanuel "Manny" D. Pacquiao’s local infrastructure projects in his desire to "deliver services on a massive scale."
The construction of the facility’s Phase I amounting to P45 million has just been completed. It is situated on a five-hectare plot of land in Barangay Spring.
The TSOX-MPDC is the newest and biggest regional training center in Region XII, established under the leadership of Regional Director Rafael Abrogar II and former TESDA Secretary Isidro S. Lapeña.
Through the efforts of Governor Rogelio "Ruel" D. Pacquiao, Congressman Steve Chiongbian Solon, Vice Governor Elmer De Peralta, and the rest of the Sangguniang Panlalawigan members, the vision of TSOX-MPDC to be a premier institution in delivering quality technical-vocational education and training (TVET) through its flagship programs and projects centered on skills development was realized.
The Local Government of Alabel, through the leadership of Mayor Vic Paul Salarda, also pledged to continuously support the TSOX-MPDC by providing assistance in the development of its programs. One of which is delivering community-based training in agriculture and other services through the Office of the Municipal Agriculturist.
As of this writing, more than 2000 scholars have already benefited from the courses of TSOX-MPDC. 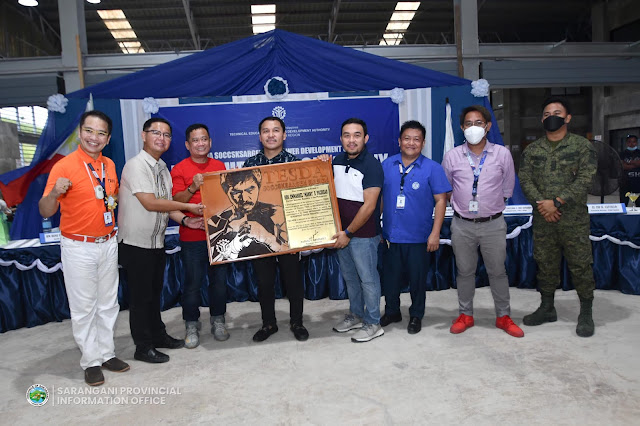