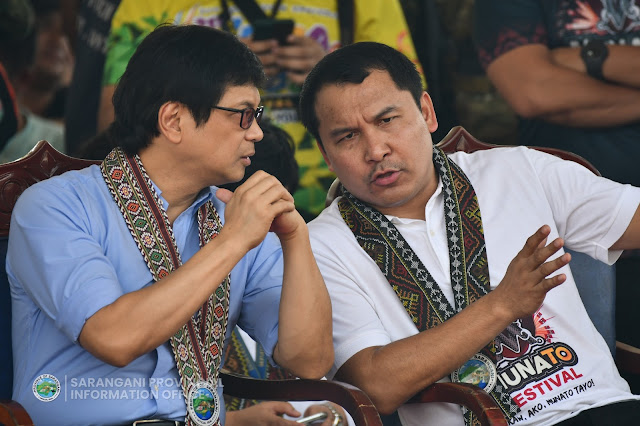 ALABEL, Sarangani (November 29, 2022) – Department of the Interior and Local Government Secretary Benjamin C. Abalos Jr. recognized Sarangani’s leadership, history, heritage, and governance as he graced on November 28 the culmination program of the 20th MunaTo Festival.
He described MunaTo Festival as a celebration of “life and heritage” of Sarangans and credited to the province’s forebears the affluence that Sarangans now enjoy.
He credited this to the richness of Sarangani Bay that made the province to be on top of the aquaculture industry in Region 12 as demonstrated by the 61.8% out of the total fish catch in the region to be coming from Sarangani.
In 2009, Sarangani raised its revenues to approximately P500 million but now, Abalos said, it improved to “close to P2 billion.”
As can be remembered, he said, Sarangani was bestowed with the Galing Pook Award in 2009. In December 2022, he announced, three Sarangani mayors will receive the Seal of Good Local Governance award at the awarding rites in Manila Hotel. 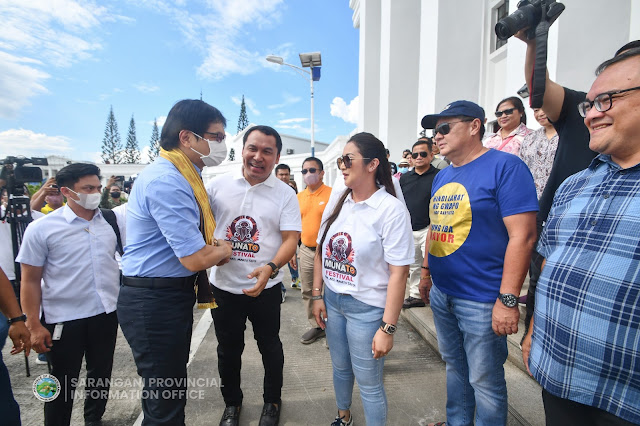 After five years, the Secretary said, “malamang, malayong-malayo na ang progreso ng Sarangani in the rate that you are doing right now.”
But for him, “true achievement is not just measured by the development but is also measured by how the people celebrate their culture and heritage because it is where they are from.”
The MunaTo Festival, for Governor Rogelio D. Pacquiao, was a reminder “that while, we may come from different backgrounds and beliefs, the riding fact is that we share the same space and have intertwined history.”
According to the governor “nakatali ang ating kapalaran sa isa’t isa. Kaya naman po, prayoridad ng aking administrasyson ang sabay-sabay nating pag-unlad. At, walang Sarangan na maiiwan.”
He reminded his fellow public servants that “a lot more needs to be done in terms of engaging in Indigenous communities, to safeguard their rights and lift them out of destitution and prejudice.”
The provincial leadership, he said, “will continue to work together as we build a more resilient, dynamic, and progressive Sarangani.”
Sarangani Lone District Representative Steve Chiongbian Solon credited the success of the festival to the efforts of the provincial leadership for the people to celebrate “coming out of the pandemic and moving forward towards development.”
He recounted the aspirations of his grandparents, Sarangani’s first Congressman James L. Chiongbian and first Governor Priscilla L. Chiongbian, that Sarangani “will be the head and not the tail. You will lead and will be an example to the provinces in the Philippines.”
The culmination of the four-day MunaTo festivity was held to coincide with the 30th Founding Anniversary of Sarangani Province. (Beverly C. Paoyon & photos by Jake T. Narte/ SARANGANI PROVINCIAL INFORMATION OFFICE)
###