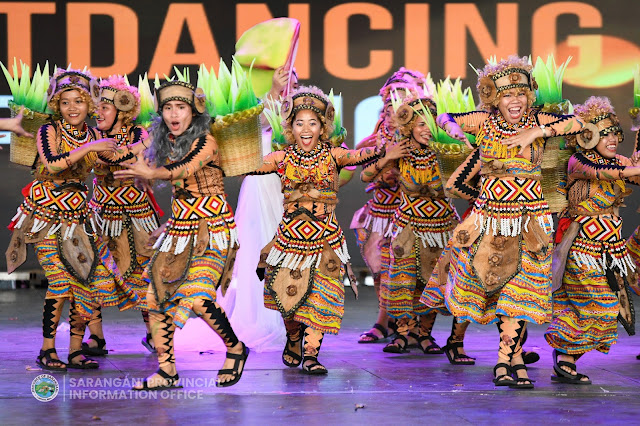 ALABEL, Sarangani (November 29, 2022) – The Lubi-Lubi Festival of Glan has bested four other contingents in the MunaTo Festival 2022 Streetdancing competition on November 28.
Sining Kabpagagani Performing Arts Timpuyog Festival from Lambayong, Sultan Kudarat and Pimbalayan Community Dance Ensemble from Barangay. Pimbalayan, Lambayong Sultan Kudarat ranked second and third, respectively.
The competition was held as the highlight of the culmination program of the four-day celebration of the 20th MunaTo Festival and 30th Founding Anniversary of Sarangani Province.
The program was graced by Department of the Interior and Local Government Secretary Benjamin Abalos.
It was also attended by the provincial and municipal officials, representatives from various national agencies, employees, and festival-goers from the neighboring municipalities and cities. 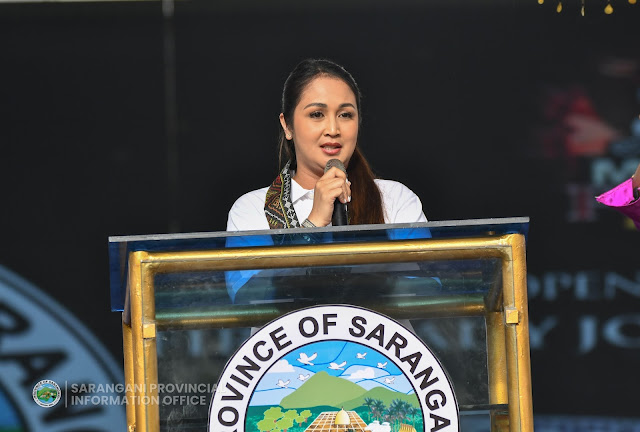 Jobelle Pacquaio, Sarangani Provincial Tourism Council President, welcomed the guests and spectators as she paid tribute to the contributions of the “first people” of making Sarangani to what it is now.
“Today, we are reaping the rewards of the hardwork of our ancestors. We should love, respect, and take charge of our beloved province as our ancestors does,” she said.
This year’s competition was opened to interested performing groups from all over Mindanao representing a particular festivity which depicts the culture of their locality. 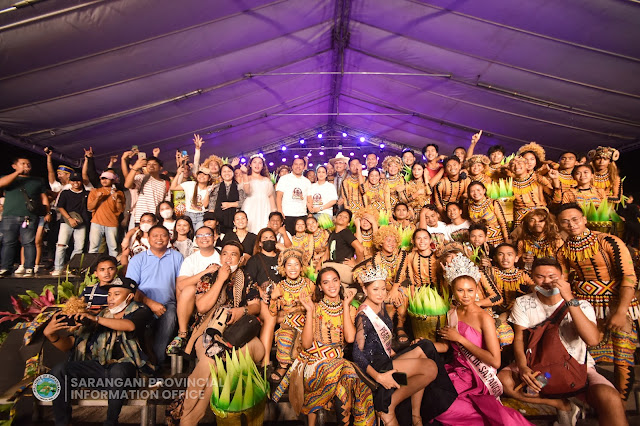 Performers were rated in two separate criteria for the street parade which was performed prior to the start of the culmination program and the final showdown at the concluding part.
Lubi-Lubi Festival contingent received P400,000 being the champion, while the 2nd and 3rd placers got P300,000 and P200,000, respectively. (Beverly C. Paoyon photos by Martin Fernando Bernad Jr. and Jake Narte/ SARANGANI PROVINCIAL INFORMATION OFFICE)
###
Labels: news Sarangani