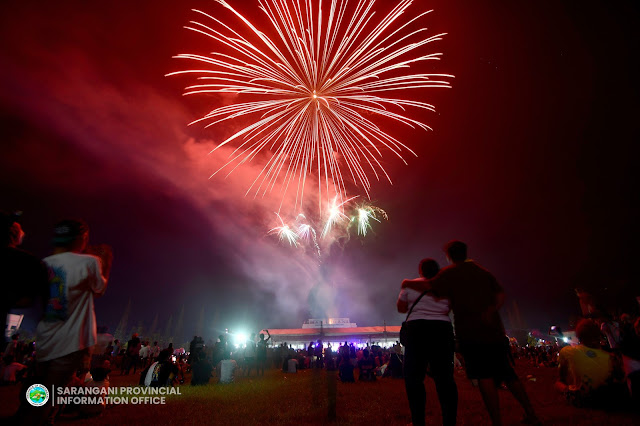 ALABEL, Sarangani (November 29, 2022) – Thousands of spectators jam-packed the Capitol grounds on November 28 as the MunaTo Festival 2022 was coming to an end with a live concert and a massive fireworks display.
Social media sensation Telma graced the last night of this year’s MunaTo Festival and entertained the crowd with some of his satirical skits after Gifford Band kicked off the concert night.
The 25-year-old content creator from Bislig, Surigao Del Sur started becoming a sensation during the pandemic when he began uploading hilarious videos on TikTok and Facebook. 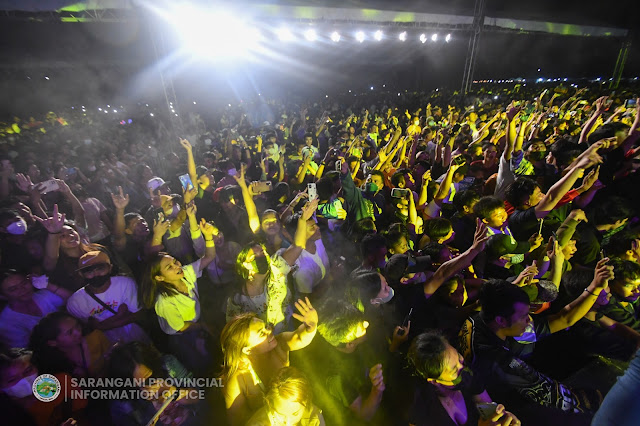 After Telma’s performance, a 7-minute fireworks display filled the skies with colors which signaled the end of the 20th MunaTo Festival and 30th Founding Anniversary of the province.
Rock bands Cueshé and Silent Sanctuary also entertained the thousands of MunaTo Festival citizens with performances of their original songs and some song covers.
Cueshé, a pop rock band from Cebu which is currently based in Manila, is the band behind the hit songs Pasensya Na, Ulan, and Bakit.
Silent Sanctuary, on the other hand, is a 6-person rock band that was formed in Metro Manila in 2001 famous for their songs Sa'yo, Ikaw Lamang, Kundiman, and Bumalik Ka Na Sa’kin.
The face-to-face celebration of the MunaTo Festival 2022 was one of the most anticipated comeback celebrations in Sarangani after almost three years of hiatus due to the pandemic. (Jori Mae R. Samillano & photos by Jake Narte and Martin Fernando Bernad Jr./SARANGANI PROVINCIAL INFORMATION OFFICE)
###
Labels: news Sarangani