The Hunt for Entertainment 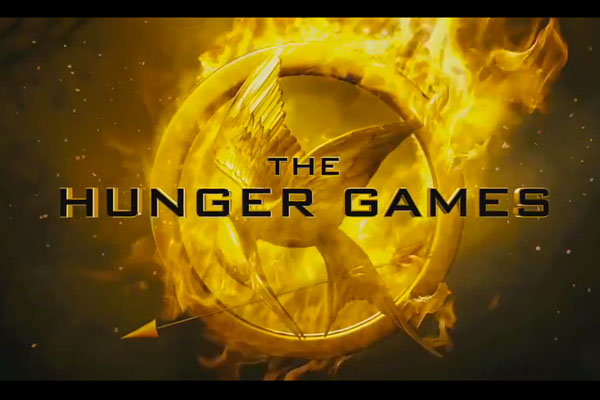 The film The Hunger Games is another film that shows the hideous side of the entertainment industry. The film used the element  of reality TV programming to present the misrepresentation of reality to the audience. As manufactured commodity, its success in the box office record infers a brutal and hedonistic appeal to the public. And because it offers escapism to harsh realities, we tend to forget its implications that conceal in a well package presentation.

The Hunger Games is a young adult novel published on September 14, 2008. The novel set in a post-apocalyptic dystopian society in Panem (North America). It divided in 13 districts in which The Capitol holds the absolute power over the rest of the nation. The Hunger Games are an annual event in which one boy and one girl aged 12 to 18 from each of the 12 districts surrounding the Capitol are selected by lottery to complete in a televised battle in which only one person can survive. Suzzane Collins success of her trilogy --- The Hunger Games, Catching Fire, and Mockingjay --- quickly caught the attention of movie producers in Hollywood. That is why on March 23, 2012 the first film franchise was released. The archetypal character of Katniss Everdeen (Jennifer Lawrence) was warmly accepted by the public just like the Bella Swan (Kristen Stewart) in the Twilight saga films. In writing the novel, Collins was inspired from channel surfing on TV. That time reality TV shows were rampant and the footage of the invasion of Iraq was ubiquitous. The mythical character of Theseus in Greek mythology served the basis for the story.

The Director's presentation of the film's absurdity of entertainment industry and the hopeless situations of the characters justifies it all. The shots and angles that the Director chose suggest the perilous and fatalistic environment of Panem. The Costume design entails the characterization of the people living in Panem. For example, the people in The Capitol have these colorful, bizarre and outrageous outfits suggesting their passive addiction to entertainment. In contrast, the people in District 12 (the place of the heroine) wears cheap, dirty old clothes telling to the audience their hapless condition. The stunning Visual Effects hinting the audience of manipulative nature of the leaders of Panem over their citizens. In short, the film served its purpose- to entertain us and at the same time to remind us that entertainment has its ugly side.

The Hunger Games was not only the first film who adopt in this kind of storytelling. Peter Weir's The Truman Show also capitalized from this style. The film chronicles the life of a man (Truman Burbank played by Jim Carrey) who is initially unaware that he is living in a constructed reality television show broadcast around the clock to billions of people across the globe. Truman becomes suspicious of his perceived reality and embarks in a quest the truth about his life. The film reflects according to the Journalist Erik Sofge the falseness of realty television. He said:

" Truman simply lives, and the shows popularity is its straightforward voyeurism. And, like Big Brother, Survivor and every other reality show on the air, none of this environment is actually real."

We cannot blame the producers for conceptualizing this kind of programming. Reality TV is relatively low production costs and lack of superstar salary demands to contend with. For the creators of such shows they know that it appeal to some of the most primitive and socially disruptive of human instincts, violating taboos in the name of profit. In relation to the film, the show's creators exploited the tributes (as what they call their contestants in the film) for the sake of their own entertainment. The tributes fight for their survival in beautifully staged gladiator-like battle; killing each other in the name of senseless victory. The people in the Capitol did not care about  the real killings happening in the show. As long as they are entertained the show still continues. In psychoanalytic term it is called Schadenfreude--- taking pleasure in the misfortunes of others. Katniss Everdeen, the protagonist of the film, openly opposed the concept of the show. Her rebellious acts in the game earned admiration, respect and sympathy to the audience living outside the Capitol. That is why she became a political target to the gatekeepers of the show.

In America, reality TV programs are starting to wane. But the creators of these shows won't let that happen. In the Philippines, more and more of these shows are produced (whether franchised or locally made) to the Filipino audience. The creators of these shows capitalized from the fantasies of the Filipinos who wish to escape from the harsh realities they are into. Maybe they want their viewers to feel that there is hope for their dreams. Or it may just another propaganda made by the gatekeepers to keep the audience amused and entertained; to deceive the viewers from their true agenda. Well, are you going to be the hunter or the hunted?

Leave a comment below and let me know what you think
Thanks.
Labels: film film reviews Hollywood media