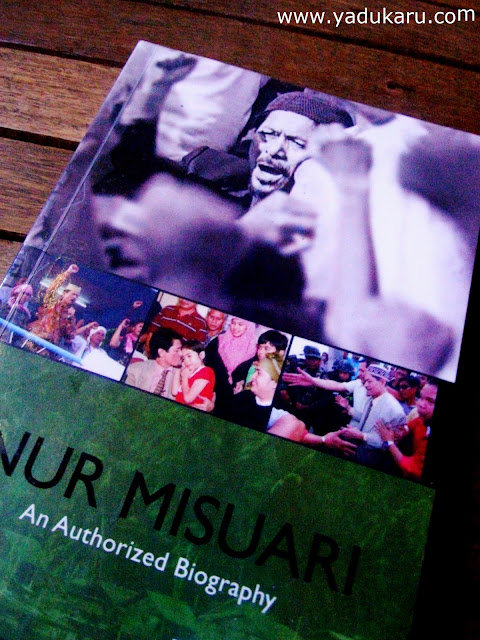 Reading the biography of Nur Misuari is a good start in understanding the conflict in Mindanao. Studying his story creates a perception that we have never seen before. This charismatic leader serves as inspiration for many BANGSAMORO people living in Mindanao. Many look at him as an instrument of change (Though some may not convince in his ability to lead the BANGSAMORO people). He is a peace advocate, promoting a just and harmonious relationship for both Muslims and Christians in the Philippines.

Nur Misuari: An Authorized Biography written by Tom Stern is a good start to be enlightened. It tackles his childhood story up to his struggle for (Mindanao) independence. It has 23 Chapters and it includes the copies of the Declaration of Independence (for the BANGSAMORO), The Tripoli Peace Agreement, The 1996 Peace Agreement, Misuari's Acceptance Speech at UNESCO Ceremony and the Republic Act 9054. This book offers historical events, narrative and private conversations with Moro politicians and feared MNLF rebel leader, as well as information that the mainstream media would never tackle.

This book helps me confirm the information I have known before. It also helps me discover new things that could be useful in forecasting the possible scenario(s) in Mindanao. It awakens your interest not only in the Philippine politics but also in the world affairs in general. This book may reach its greatness if it is written in Misuari's perspective. But Stern's observations, research and interviews are enough to hook you up.


P.S. If you are interested to read this book,
you can find this in the National Book Store.