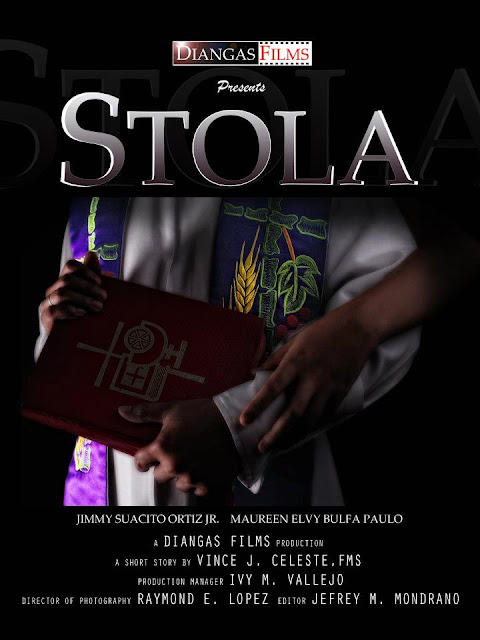 Independent filmmaking in GenSan has a bright future. It started to make noise recently just like Charles Andrew Flamiano did in his film 'Letting go, Letting God'. I will never be surprise if GenSan will host a film festival for independent films not only in Mindanao but also in the whole Philippines.

Recently I heard the Guerrilla filmmaking workshop organized by Berdwerks, O Project Consultants and Mindanao Film and Television Development Foundation. "Guerrilla filmmaking is the process of producing film using inexpensive equipment and with as little crew as possible. Because of its "shoot-and-run" philosophy, it has become a popular trend among struggling and established filmmakers who want creative freedom in telling stories that rock the world with sensitive and sometimes shocking themes." Aspiring filmmakers participated in this workshop to showcase their talents and creativity and to state that GenSan has a potential in filmmaking.

One of my friend and fellow SOCCSKSARGEN Bloggers, Bro. Vince J. Celeste, FMS, wrote the story for STOLA. "This is a story between two childhood sweethearts that as they grew up they pursued different walks of life". I am really proud of him and his team in making this film. It garnered major awards like Best in Director (Raymond E. Lopez), in awarding ceremony held last December 2, 2012 at Notre Dame of Dadiangas University. Luckily, I was able to ask him some questions regarding their short film. As writer of STOLA, his contribution makes the film great in its own right.

Brother Vince: I felt relieved after the shooting but was anxious on how are we going to do the final cut. We were given a short time to finalize our output.

Yadu Karu: What is the concept behind STOLA?

Brother Vince: It’s all about being responsible and faithful to a commitment, it’s a real story told in a different way. “Gasgas man ang kwento, totoong karanasan naman ng kung sino mang may pinaglalaanan ng kanyang katapatan.” It can be my own story in a different way, or can anybody’s story of faithfulness.

Yadu Karu: Have you ever thought of making this film before?

Brother Vince: Wala. Or maybe somehow, naka-relate lang ako personally sa story, I can even claim that it was my own experience... in a different way. While attending workshop, we were grouped and we just brainstormed our stories. Pinagtagpi-tagpi, pinagtulung-tulungan. That’s how the story being developed.

Yadu Karu: What's your edge (and your team) among other (short films) entries in Guerrilla filmmaking?

Brother Vince: Quite a difficult question… Maybe the director can answer this question…

Yadu Karu: If you are given a chance to change the ending, what would it be?

Brother Vince: I would like to see that Bea (the lady) would approach Jake (the priest) again to bless her wedding with someone who accepts her.

Yadu Karu: After STOLA, what's next? Are you planning to make or write another indi film?

Brother Vince: Still waiting to be inspired, still reflecting. I’m planning to write something about real-life experiences of the Marist Brothers. Something, like inspirational clips or values enriching videos.

You can watch this film (and the other entries) in Davao City on this following schedule (below). 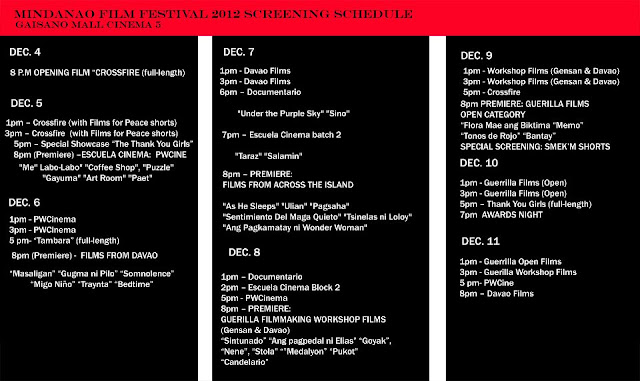 Leave a comment below and let me know what you think.
Thanks.
Labels: Filipino films film Indi film philippines short film