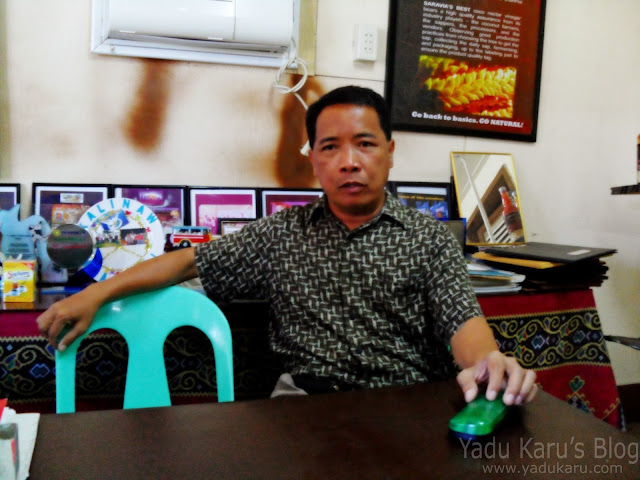 It is a rare opportunity to meet a dedicated doctor like Dr. Roel Cagape. He is a doctor working for free. I am really amazed because his kind still exists today.
I first met him on a medical mission in the mountainous area of sitio Tuanadatu Maitum, Sarangani Province. I witnessed how hard his job is. For more than 20 years of his career, he worked for charity. He works hard in a difficult and challenging environment without salary. His advocacy is to live a very simple life and become a good example to others. Through his volunteer work, people would get inspired to do good deeds to others.
Roel Z. Cagape, M.D. was born in Poblacion Malapatan, Sarangani Province. When he was young he witnessed the poor health condition of the people in their area. That is why he decided to be a doctor to help his fellow men who cannot afford to treat their illness. He took up his pre-med course at the Ateneo de Davao University and his medicine course at the Cebu Institute of Medicine. After his training in Our Lady of Fatima Medical Center (Valenzuela City, Metro Manila), he decided to go back to his hometown in Malapatan.
In 1995 he established Hearts and Brains of Malapatan Inc. Its goal is to alleviate and improve the quality life of the target beneficiaries through an integrated approach to community development. Its services (as the name implies) are basically motivated by love, wisdom and care. Through bayanihan, the people of Malapatan established a lying-in clinic, scholarship programs and livelihood projects. Most of their projects are self-reliant. Through bayanihan of the people and donation from the good-hearted citizens, they materialized their dream projects.
Because of its success, it widens the scope of the area they are servicing. The Hearts and Brains of Malapatan Inc. became Hearts and Brains Inc. It covers not only in SOCCSKSARGEN but also in other areas in the Philippines who need medical assistance.
The main target of Doc Cagape’s medical service is the marginalized sectors of society – tribal communities, farmers, fisher folks, children, women, single parents, students and elderly. He visits remote areas where he conducts his medical assistance, health education and livelihood projects.
In 2004, Doc Cagape launched the “i-text si Doc” project. This project was made for patients in remote areas who cannot go to clinics or hospitals for check-ups. The patient can text his/her name, address, age, sex, signs and symptoms, and when the illness started. In short, it’s a free consultation using a cellphone.
This project was materialized because of the incident that happened in 2003 where he discovered a 14 years old boy who was imprisoned because of theft. The boy was forced to steal a chicken in a neighboring town because his younger siblings felt the pangs of hunger. The boy’s father had no job and his mother was ill. His parents had no idea what to do. His father had no knowledge on what medicine would cure the illness of his wife. That is why the boy was forced to do any work to help his family.
That time Doc Cagape was a Provincial Coordinator of Free the Indigenous Peoples (IPs) Assistance Program of the IP Desk of Ateneo de Manila University. His job was to interview and gather the court records of IP inmates in Sarangani Provincial Jail and General Santos City Jail. The story of the boy motivated him to help those who cannot afford to buy medicines and educate them about their condition.
Because of his genuine service to his fellow Filipinos, he received numerous awards from different award-giving bodies. He received awards like the Bayaning Pilipino Award (2012), Gat. Apolinario Mabini Awards for Medicine (2010), The Outstanding Filipino Physician Award (2009) and Heroes for Health Award (2004). He was also feature in the two episodes of I-Witness (Minsan sa Isang Taon & Mga Anak ng Datalnay) and Kapuso Mo Jessica Soho (Ambulasyang Kabayo).
Some of his friends tell him to slow down, to take a rest, but he is still persistent to continue. “I feel guilty when I see the people’s face in destitute, in pain, in suffering. My actions give me comfort”, he shared.
Seeing his patients healthy and helping a community to become sustainable are some of the rewards that he can reap from his mission. Truly, he is one of a kind doctor - a rare one.

___________
If you are interested to help, donate or be a volunteer to the Hearts and Brains Inc. you may contact:
Dr. Roel Cagape
0947-590-0325
rozca63@yahoo.com
you can check his blog
http://tulongkosapasyentengpilipino.blog.com/