What is Sabah worth? 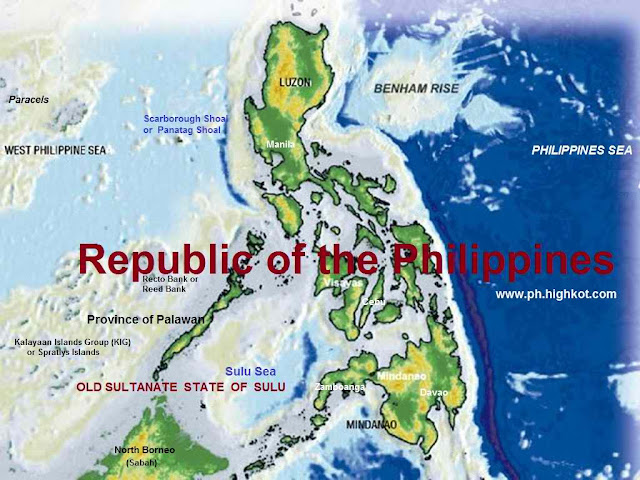 Re-posted:
What is Sabah worth?

To the heirs of the Sultan of Sulu, Sabah is only worth 5,300 ringgits (the equivalent of US$1,500), the annual rent the Sultanate has been receiving from the Federation of Malaysia since 1963 when the federation was created from a group of former British colonies including Sabah. But with Sabah’s large quantity of natural resources including oil and gas, the revenue generated is out of proportion to the rent paid to the Sultanate of Sulu. It’s cheap… obscenely cheap!

But the Federation of Malaysia has enormously benefited from Sabah. Figures from FACTS Global Energy show that Sabah has about 1.5 billion barrels of oil and about 11 trillion cubic feet of gas in its reserves, which represent about 25% and 12% of Malaysia’s oil and gas reserves, respectively.

But while Sabah is the sixth biggest contributor to Malaysia’s national economy -- contributing more than 25% of the total oil and gas produced in the country – it is the poorest state with the highest unemployment rate in the country. Is it probably because the money generated from tapping its natural resources is being funneled out of the state into the coffers of the national government and pockets of out-of-state companies; thus, leaving the state – and its people -- mired in poverty?

Sabah, with an area of 76,115 square kilometers, is the second largest of the 13 states in the Malaysian federation. With a population of more than 3.2 million -- the majority of them are Tausugs from Sulu -- it has a large number of overseas Filipino workers. Of the 600,000 Filipinos working in Malaysia, most of them are in Sabah. Filipinos come and go and nobody would pay any attention… until now.

It did not then come as a surprise to Malaysian authorities in Sabah when about 250 Filipinos slipped into the town of Lahad Datu. But when they found out who they were and why they came, all hell broke loose!

The group of Filipinos turned out to be members of the Royal Army of the Sultanate of Sulu. Raja Muda Agbimuddin Kiram, the brother of Sultan Jamalul Kiram III, leads the group. And they want their ancestral land back.

The question is: Does the Sultan of Sulu have any legal claim to ownership of Sabah?

In 1878, Sultan Jamalul Ahlam of the Sultanate of Sulu and North Borneo leased North Borneo -- which became known as “Sabah” -- to Gustavus Von Overbeck, an Austrian, and Alfred Dent, his British partner. The written agreement used “padjak,” the Tausug word for “lease.” However, the lessee interpreted it to mean, “grant” or “cede.” The annual “lease” amount was 5,000 Mexican gold pieces (called Mexican dollars). The agreement also specified that the rights to Sabah couldn’t be transferred to any other person or country without the Sultan of Sulu’s express consent.

In 1881, Dent formed the British North Borneo Company (BNBC), which was chartered by the British government. Subsequently, BNBC assigned the lease contract to the United Kingdom. That was the beginning of the colonization of Sabah.

In 1885, the United Kingdom, Germany, and Spain signed the Madrid Protocol, which recognized the sovereignty of Spain over the Sulu archipelago in exchange for Spain relinquishing all her claims to Sabah in favor of the United Kingdom. However, the Sultanate of Sulu and Sabah was not a party to the tripartite agreement.

In 1888, Sabah became a protectorate of the United Kingdom. This is one step closer to colonization.

In 1936, BNBC stopped paying the rent when Sultan Jamalul Kiram II, the 32nd sultan of Sulu, died. The reason for the suspension of rent was because of President Manuel L. Quezon’s refusal to recognize Kiram II’s heir, Sultan Punjungan Kiram.

In 1946, British North Borneo Co. transferred all its rights over Sabah to the United Kingdom. The United Kingdom’s colonization of Sabah was a fait accompli, although BNBC continued to exploit her natural resources… and pocketed the profit.

In 1950, Kiram’s heirs filed a case in the Sessions Court of North Borneo, which ordered BNBC to resume paying rent. BNBC complied with the court’s order.

In 1962, the Sultan of Sulu ceded sovereignty of Sabah to the Philippines, which empowered the Philippine government to pursue to claim Sabah.

In 1963, when the United Kingdom granted independence to Malaya and created the Federation of Malaysia, Sabah was made part of that federation. To protest the inclusion of Sabah in the Federation of Malaysia, the Philippines severed diplomatic relations with Malaysia. Malaysia took over the responsibility of paying the annual rent to the Sultanate of Sulu through the Malaysian Embassy in Manila. It’s interesting to note that Malaysia insists that the amount is an annual “cession” payment while the Kiram heirs consider it as “rent.”

In 1967, the Association of Southeast Asian Nations (ASEAN) was formed, which included the Philippines and the Federation of Malaysia among its charter members. It was at this point that the Philippines ceased to actively pursue her sovereignty claim over Sabah.

In February 2013, the Royal Army of the Sultanate of Sulu entered Sabah to reclaim their ancestral land.

The $64,000 question is: Would the Federation of Malaysia willingly return Sabah to the Philippines or the Sultanate of Sulu? Or would the standoff lead to bloodshed?

With multi-billion economic developments going on right now, it’s doubtful if Malaysia would pack up and voluntarily leave Sabah. There is just too much money, infrastructure, and resources already invested in Sabah.

However, like anything else, nothing is impossible if all parties would compromise to make everybody happy. Could it be possible that the Philippines, Malaysia, and the Sultanate of Sulu form an economic consortium divvying up the profits from the revenue generated by the companies doing business in Sabah? With the Philippines retaining sovereignty, Malaysia driving the economic growth, and the Sultanate of Sulu receiving royalty or franchise fee, they might all turn out to be winners – a trifecta!

Perry Diaz is based in Sacramento, California, United States of America, and is an Anchor for All voices.