The Case of the Citra Mina Workers 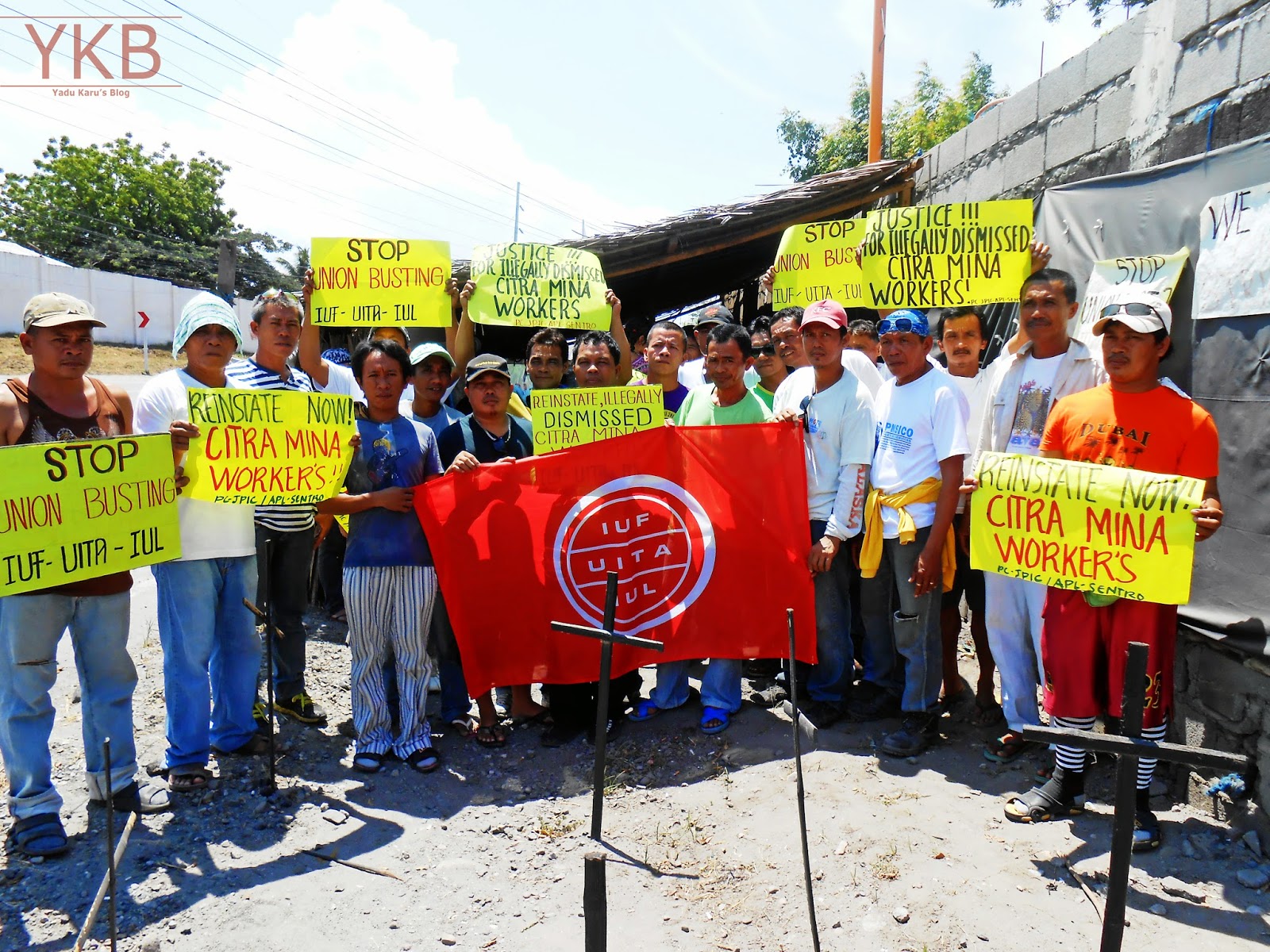 Citra Mina is one of the successful canning companies in General Santos City. The company was established in GenSan in 1983 and continuous to manufactured Tuna products up to this time. At first their products were distributed primarily to the local market and canning buyers. Until such time they expanded and distributed it to foreign market like Japan and the U.S. The company has five independently operating sister companies, namely - the Citra Mina Seafoods Corporation (CMSC), the Mommy Gina Tuna Resources (MGTR), Philfresh, Tuna Exporters, Inc and the Citra Mina Seafoods Market, Inc. (CMSI), the retailing arm. But behind its success lies the gruesome reality about its workers’ condition due to their harsh working environment and negligence of the rights of its workers.

Citra Mina terminated 78 workers without stating valid reason. The workers do not receive any or proper compensation in their years of service in the company. The company pays below minimum wage. The company also did not pay their overtime, night shifts and working holidays.

CITRA MINA management violated the constitutional rights of the workers to self-organization. The company does not allow the workers to exercise their right to organize a union. When the workers finally organized a union, the company (in connivance with the other agencies) is eager to bust it.

Most of the workers are contractual basis. Though this practice is allowed by Law, Citra Mina exploited much of its workforce and violated most of the National Laws especially the Labor Code Law.

Out of curiosity, I interviewed people connected to the recent controversy face by the Citra Mina Group of Companies with regards to their employees. When I was I just kid (back then we were living in Brgy. Calumpang), I always heard stories of injustices in the canning factories here in GenSan. I witnessed some of these stories and that images still engraved in my subconscious mind. In the documentary video (below), I interviewed some of the workers who used to work in Citra Mina. They share their sentiments about it and its effects to their families. I hope this issue will serve as an opener to the harsh realities behind the Tuna Industry in GenSan.

P.S. – I am also open to listen to the side of Citra Mina, Department and Labor and Employment (DOLE) and other personalities connected to this issue.