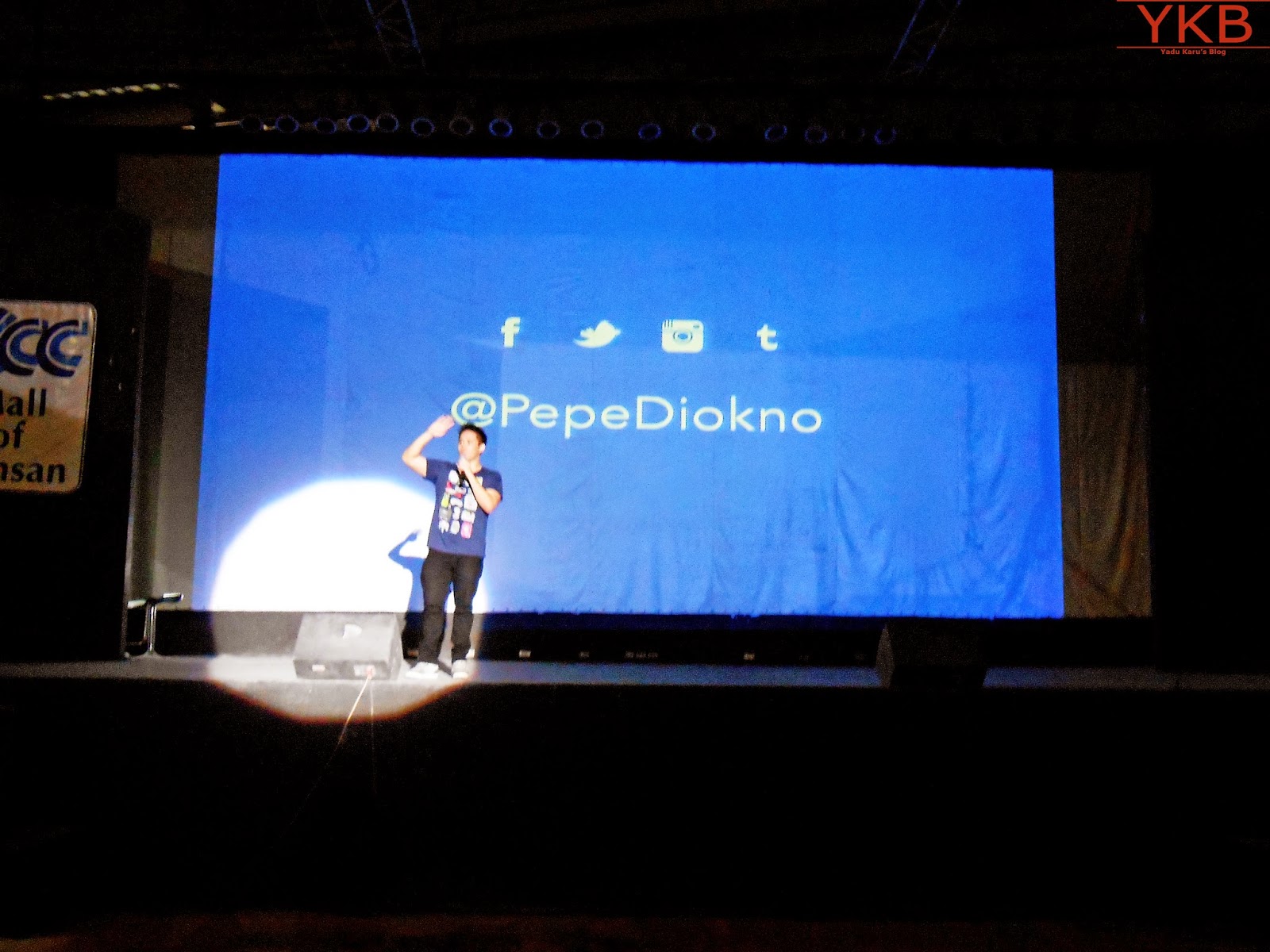 The GenSan Tourism Council in partnership with the Local Government of General Santos and the Department of Education (DepEd) conducted a filmmaking lesson last November 25, 2014 to the aspiring filmmakers in the city. The tourism council invited Pepe Diokno, an award winning film Director, to share his knowledge and experience in making films.

The said activity is part of Visit GenSan, Learn in GenSan campaign of the Tourism Council. It is a Mayor’s Lecture series that aims to enhance the knowledge and skills of the ‘Generals’. “The series of lessons that we have conducted is part of ‘Learn in GenSan’ activities,” said Phillip Pabelic, the Vice President of GenSan Tourism Council. “GenSan aims to be the learning hub of Region XII.”

“This lesson helps cultivate the talents and skills of the ‘Generals’,” Mayor Ronnel Rivera said. “It helps to discover new talents or artists from GenSan. This will able to produce great filmmakers in GenSan.”

Most of the participants of the said activity are students who want to learn more about filmmaking.

During the lesson, Pepe Diokno shared about his latest film ‘Above the clouds’ to the young aspiring filmmakers of GenSan. He also talked about his first film ‘Engkwentro' and his experience in Venice Film Festival. “It’s not about the budget or the equipment,” said Diokno. “It’s the story that matters.”

In the past years, there’s a significant decline of Filipino films being produced in the country. As Diokno explained, its primary reason is more on the economic side of making films. “Before, our government charged 30% amusement tax for movies plus 12% VAT, so the remaining 58% will be divided between the Producer and the Theater owner(s). Fortunately, in 2009, our government lowered it into 10%. In the following years, it slowly gained the confidence of the Filipino Producers and Filmmakers to make films.”

Pepe Diokno compared the film industry of South Korea to the Philippines. “South Korea invests on their film industry. Their government created Korean Film Council because they know that film is an important cultural and economic resource of their country,” Diokno explained. “They use films to sell their country.”

He also talked about the Golden Age of Philippine Cinema. He also shared that the Philippine film industry is considered one of the oldest in the world. “Films are not only for entertainment. It’s a record of our history. It’s a record on who we are,” Diokno asserted.

“Read, Travel and Get Hurt,” as he advised. “The best way to learn how to make film is to make a film.”