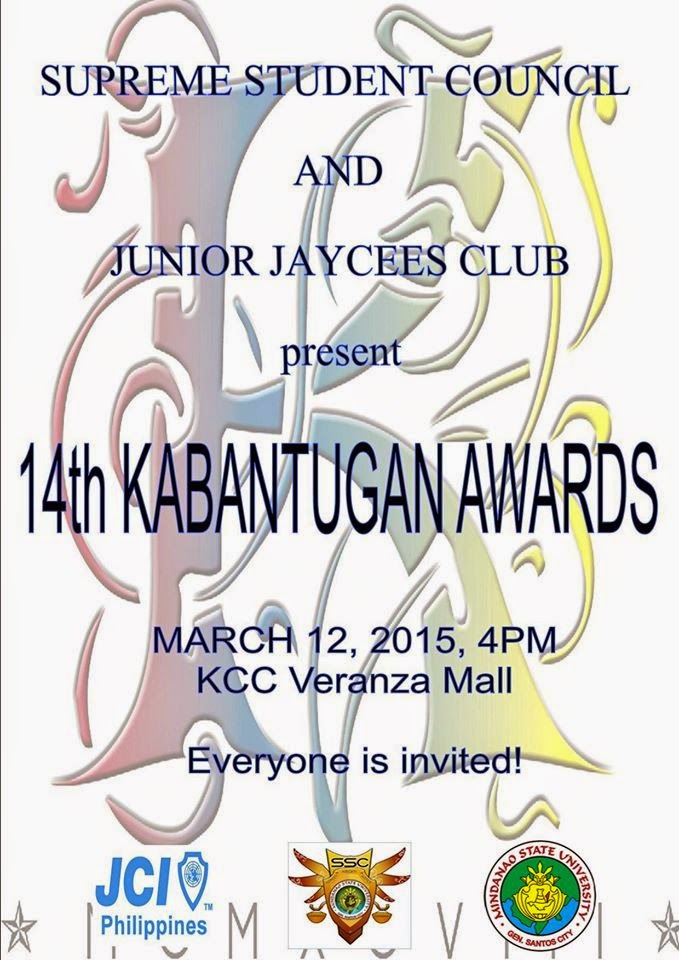 It is good to know that there is Kabantugan Awards that recognizes the efforts of students/youth in non-academic field. Mr. Mikhail Ting Kusain, the Founder and Director of the said award giving body, is truly passionate in giving these deserving students a rightful recognition.

“Kabantugan Awards is created to recognize the efforts of students in non-academic field,” Mr. Kusain says. “It serves as the inspiration of the students to be productive citizens of this country,” he adds.

The Kabantugan Awards was first introduced in 1998 when Mr. Kusain was still a Student Activity Coordinator in the Office of Student Affairs (OSA) at Mindanao State University-GenSan. “KABANTUGAN was derived from the word bantug, a Maguindanaon term that means known or famous. This year Kabantugan Awards singled out individuals and student organizations that became famous for their excellent performances -- academics, dramatics, arts, athletics, community service and leadership in the campus.”

The photo below also cited other nominations 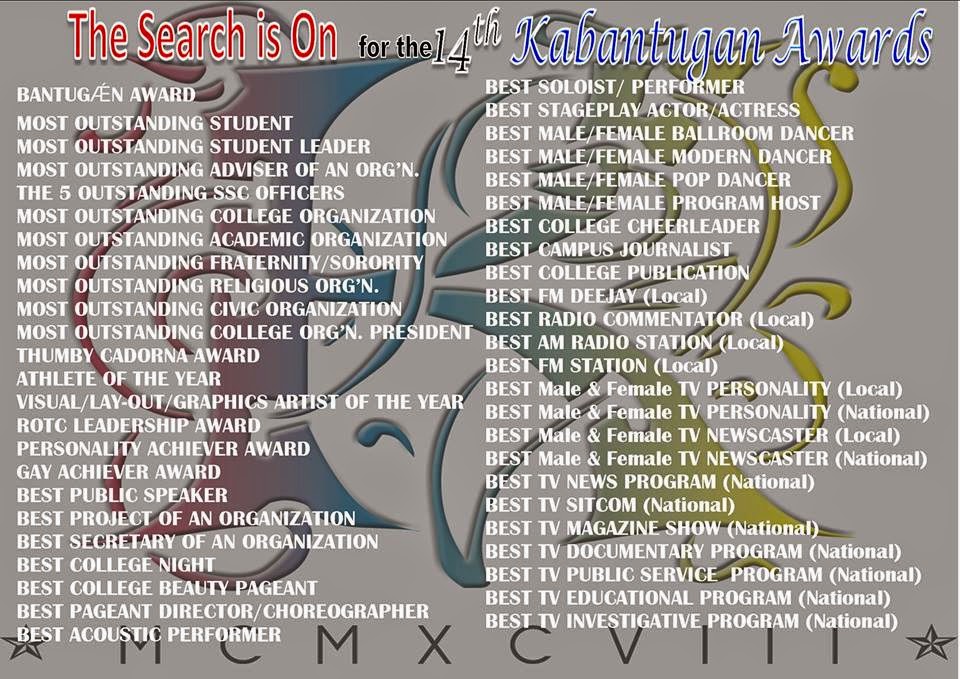 The Kabantugan Award is spearheaded by the Mindanao State University (MSU) GenSan, the Student Supreme Council (SSC) and the General Santos Twin Star Junior Jaycees, Inc. (JCI). The said event will be on March 12, 2015 at 4 PM in Veranza Mall GenSan.

You may check their Facebook Page for more information.

Leave a comment below and let me know what you think.
Thank you
Labels: event MSU-GenSan youth