Bryan Wong’s ‘Hulugway sa Mamumuno’ and his image of creativity 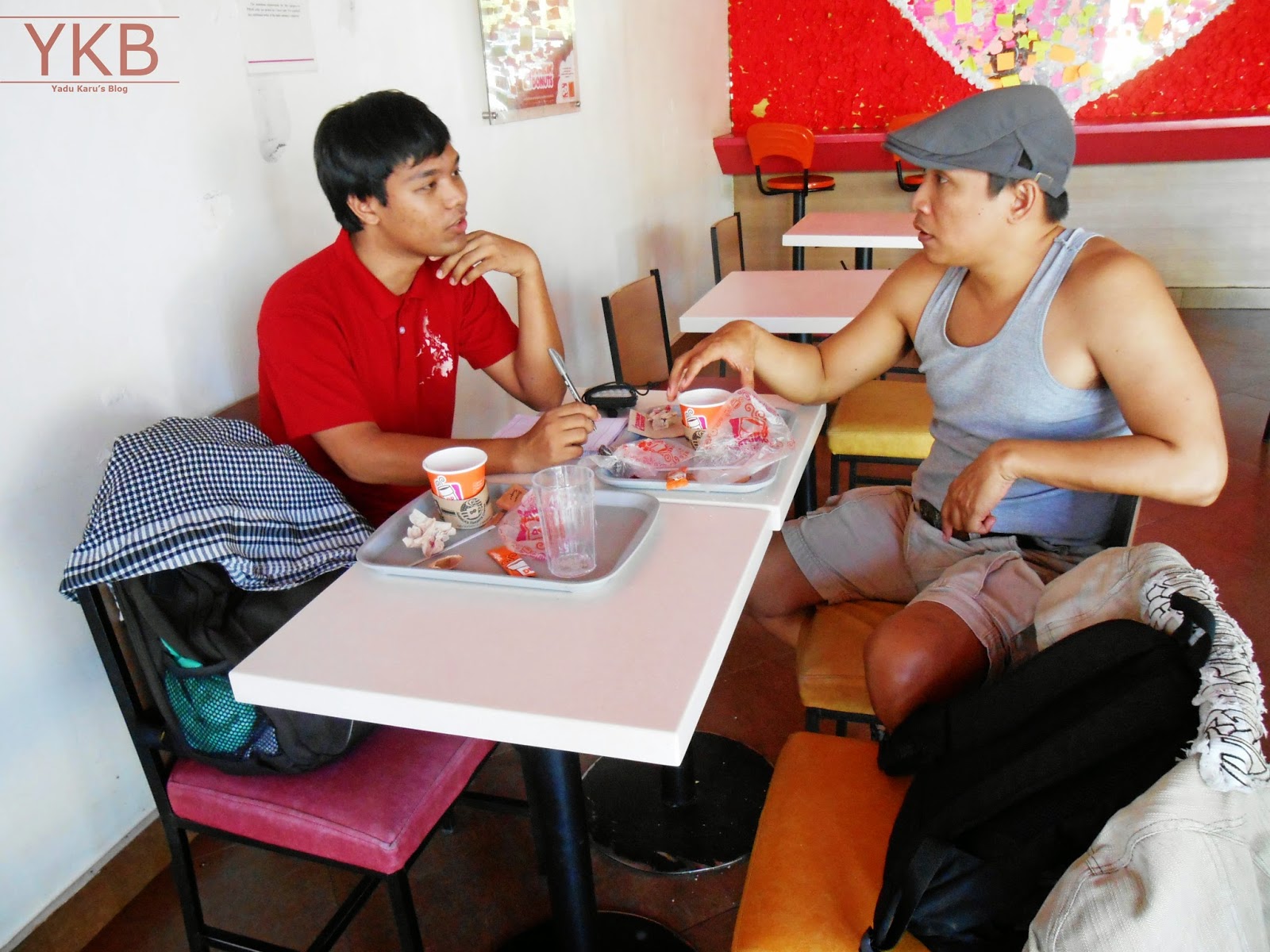 When I first heard the name of Bryan Wong, I thought he was a six generation Hong Kong/Taiwanese Film Director. When I got the chance to meet him in person, I am amazed on how this guy manages to shoot his first film using only one camera. If you watch his Hulugway sa Mamumuno (Portrait of the murderer), you will get amaze of its technical aspects knowing that he has no background in filmmaking. Along with our conversation, he shares many great stories that can contribute to the peace development here in Mindanao.

Bryan Glenn Wong or simply Bryan is a multi-talented artist that has lots to offer. Aside from being a filmmaker, he is songwriter, composer and a singer who likes to share his talents for the glory of God. His first project was the Magandang Umaga SOCSKSARGEN jingle of ABS-CBN GenSan as recommended by his friend, Joey C. He also composed the official theme song of Glan entitled Lungsod sa Glan. He is also a member of Filipino Composers Development Cooperative (FILCOMDEC) and participated in the KBP’s Pop Music Festival.

Bryan has no formal training in making music video or film. He makes time to do his research and watch tutorial videos in Youtube. “When I made the two music videos, it has only minimal (or without) cost and a DSLR camera. The help and support of my friends also contributes to the success of the two music videos. I made those music videos for the love of Glan.”

He describes himself as “one man army”. He is the Director, Writer, Cinematographer, Editor and Musical Scorer/Composer, Singer and Actor of his works. Most of his promotional projects in Glan have no compensation. He helps promotes the municipality without asking for any monetary return.

During the ‘Gabi ng Parangal’ event of the municipality’s centennial anniversary last year, Bordee Carillo, the festival director of Lantawan SOCSKSARGEN Film Festival (LSFF), saw his works playing in the projected screen. Bordee loved it, and he encouraged Bryan to join the film festival. “At first I was hesitant to join because I do not have the knowledge as well as the experience to shoot a film,” as he recounts. “But later on I realize that I should give it a try. It was a blessing in disguise.”

The concept of his film was derived while he's driving. “When I was driving to Glan, I was thinking that what if you hitch someone that has crooked mind. Before you realize it, it’s too late for you to escape. It’s a hitchhiking gone wrong,” says Bryan.

Through his genuine passion, unique vision as well as faith in God, he proves that he can make a good film. “I am really blessed by our Almighty God,” says Bryan. “I felt like it was an easy task to do.”

Bryan did not expect the reaction of the audience during its premiere in LSFF. “I am thankful that many viewers appreciated my film. I did not expect that they loved it. Some of the filmmakers got amazed because I only used one camera in the film. They thought I have many cameras since I shot the car scene in multiple angles.”

Because of this, he receives lots of praises from the audience. “I am not used to praises. I am just a neophyte. I just gave my best.” Moreover, he feels honored that the juries of the said event recognized his efforts. “I feel fulfilled when LSFF recognized my efforts. I am glad that they appreciate my work. For me the awards that I got from the film festival were just a bonus. The important thing is that, I share my talent in a positive manner and make the people entertained.”

Before these recognitions came, he experienced the life that has no clear direction. He was drunkard and always party a lot. He does not take full responsibilities of his action and has no communication to God. “All of these events in my life change when I get diagnosed with Ulcer. It’s a turning point of my life. I realized many things and I reconnect to God.”

Bryan is a good man now with a clear purpose in life. He is active in his church and created a band to sing the words of God. Most of his works benefits the people he helped. “I usually create songs, music videos and films that are sensible and can enrich the lives of the people,” Bryan says.

Bryan is a fighter and a risk taker. He is not afraid to gamble in life’s opportunities. “The more difficult the task or project, the more I get challenge. There is always something that we can do.”

In the near future, he would like to make more films that are entertaining and at the same time have lessons embedded in it. His second short film will be an action thriller based on real events.

“It’s not a hindrance if you do not have resources or equipment. As long as you have the passion, the vision and a positive mindset, you will be successful in making films,” as he advice.