Digs Movilla cares for the environment 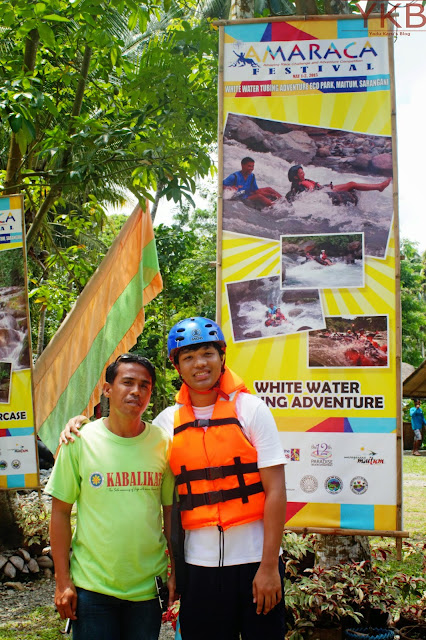 “If there is tourist, there is money,” says Digs. He is proud that the White Water Tubing in New La Union, Maitum Sarangani Province gives livelihood to the locals in the area. He cares for the environment because it’s their source of livelihood.

Digs S. Movilla is the President of New La Union White Water Tubing Adventure & Farmers Associations (NLUWWAFA). Since its inception, his group is making livelihood projects and exerting more efforts to protect and preserve the environment.

“Before farming is our primary source of livelihood. We plant and harvest rice, corn and coconut then sell it to the market. But when the White Water Tubing was launch, it opens lots of opportunities,” says Digs. Since its opening in 2003, the Provincial Government of Sarangani and the municipality of Maitum supports the said tourist site. Furthermore, Gina Lopez, managing director of ABS-CBN Foundation Inc., chose the site as one of areas in Sarangani Province for the Green Initiative project of Bantay Kalikasan.

Digs also shares the challenges they have encountered when they are starting. “When we were just starting, the community had a hard time accepting it. For example, the area has different land owners. And because of this, the profit sharing has put into question. But later on we have settled it. They understand its benefits in the community,” Digs shares.

The Pangi River is considered as one of the cleanest rivers in the Philippines. In 2003, it was awarded as 2nd runner up in the national search for the cleanest rivers. Aside from crystal-clear like water, you would also get amazed on its gold that is wash down on the upstream. It implies that the river is rich is mineral deposit. And because of this, the threat of small scale mining becomes inevitable.

“Tourism is more sustainable than mining,” says Digs. “Mining gives you money in an instant. But it’s only for a short period of time and it’s unsustainable.” Digs prefers (eco) tourism over mining since it gives sustainable livelihood.

“We present to the people the good benefits of eco-tourism,” shares Digs. “For those residents who have not yet convinced, we keep doing the good things that we do.”

According to Digs, there is a group who has conducted a study on the Pangi River. It is worth to mention that the river is potential for hydroelectric power (plant) that can produce 24 MW.

“Let’s promote tourism in our area,” says Digs. “Let’s look on what’s potential tourist site in our place. As long as the community is united and has love for the environment, many good things can happen.”

Leave a comment below and let me know what you think.
Thank you
Labels: Maitum Mindanao People Sarangani sustainable development