“Dula Ta”: A Play about the effects of conflict 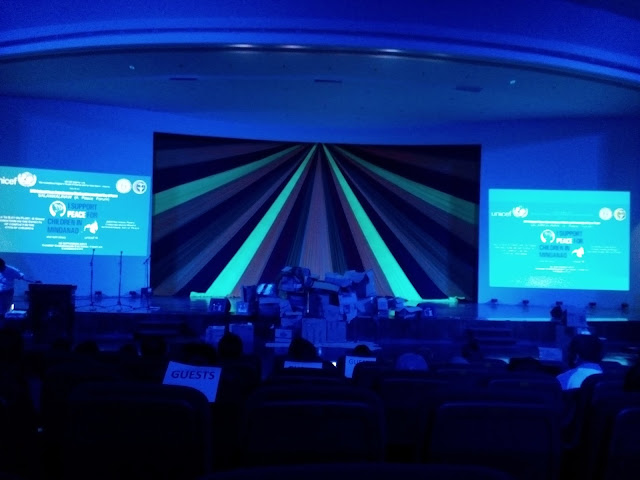 In celebration of National Peace Consciousness Month and the International Day of Peace, UNICEF in partnership with Kalimudan, Mindanao State University, and Notre Dame University conducted SalamKalinaw: A Peace Forum last September 16, 2015, at the Sharif Kabansuan Cultural Complex, ORG Compound in Cotabato City. Various groups such as the academe, the youth sector, government agencies, and NGOs attended the event. The highlight of the event was the presentation of the play “Dula Ta” (Let us Play) performed by Kabpapagariya Ensemble (KE) of MSU-GenSan. “Dula Ta” acts as the opening theme of the forum which is: Reflecting on the Effects of Conflict in the Eyes of Children.

The play opens with the young girl who likes to play in a deserted place with his playmate Nong Carlos, a crazy ex-soldier and Datu, a young Moro boy. As presented in the play, armed conflict in Mindanao has deeper psycho-social effects to those people affected by it. Most of the audience could relate to what they have witnessed. They have a similar experience of conflict portrayed in the play. Some of the guests shared their thoughts about the play. Some get too emotional while sharing their opinions about it while others praise its authenticity.

Watching “Dula Ta” makes you sympathize to the characters especially to their tragic doom towards the end of the play. It is no wonder why I felt that way because the play is obviously based on true events. Even if we have experience war or not, you can feel the fear, frustration, angst, grief, confusion and other emotions embedded in it. We have friends, relatives or even acquaintances that have direct and indirect experiences of armed conflict in Mindanao. Conflict in Mindanao is a complex matter in which it has deeper roots that are hard to unravel. Its effects have been passed from one generation to the next generation. It has a lot of causes drawn from the past incidents up to recent injustices that the Moro people experience.

It’s a perfect timing to watch the play because I’m into development works and filmmaking. In relation to the play, I have a similar story which discusses the effects of armed conflict in Mindanao, especially to children. My second short film entitled Jamir talks about a boy who is torn between his studies and familial obligation. It was screened at the 2nd Salamindanaw International Film Festival and 10th Mindanao Film Festival last year. It somewhat supports #ChildrenNotSoldiers campaign of UNICEF and partnered agencies. 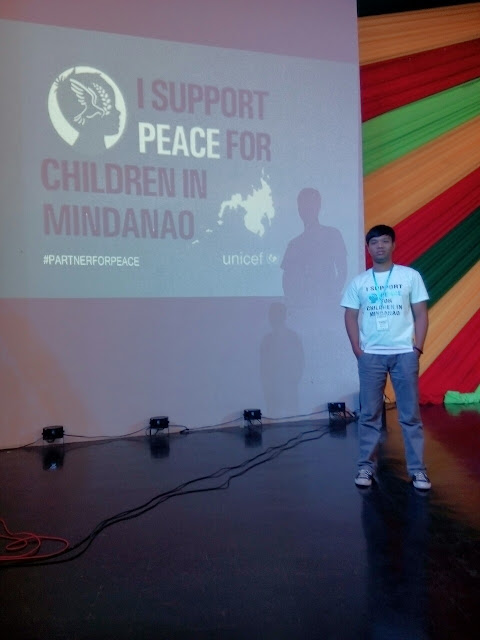 In celebration of peace month, UNICEF has a campaign calling to support Peace for Children in Mindanao through social media. “It intends to raise awareness among citizens of the country on the essence of peace to children in Mindanao which are most affected in times of armed conflict.”

In their Facebook page, UNICEF-Philippines stated, “We’re calling on people to support peace for children in Mindanao, so that they can enjoy the rights to education, good health and proper nutrition, and protection from violence, abuse, and exploitation.”

To support this campaign you can take a photo of yourself holding a printed message which says: “I support Peace for Children in Mindanao” that you can share in Facebook (or any other social networking sites) with the hashtag #partnerforpeace.

I am thankful that I have watched the play of KE. It’s my first time to watch “Dula Ta.” I did not have the chance to watch it while I’m still studying at MSU-GenSan. Watching the play makes you proud because your fellow MSUans performed and conceptualized it. Prof. Romy Nervaes and his team are great in propagating the message of peace by staging this play. They are able to tour the play not only in the Philippines but to other countries.

As Mindanaoan, we have implied responsibility to advocate peace in our homeland. We know how hard if the armed conflict arises in Mindanao. “Dula Ta” is a good reminder that if we take for granted the armed conflict in the past and never learned from it, there is a possibility that it will repeat itself. Although the audience has a different interpretation of the play, I’m sure that they have grasped the primary message of it. In times of war, it only shows that there is no winner but only losers. We are all affected by armed conflict whether be soldiers, rebels or even civilians and most especially the children. In our own ways, let’s spread the message of peace and support peace for children in Mindanao.