A Beauty Worth Sustaining: On Kalamansig's hidden wonder 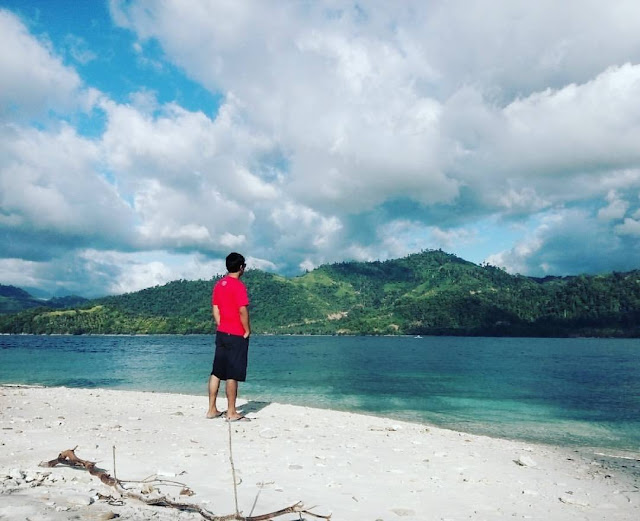 The municipality of Kalamansig has its own potential beyond imagination. It is a place that you would like to explore. It is not a typical place for travelers where they just go and enjoy it. Its hidden wonder makes you wander more.

Last July 2015, I had the opportunity to visit Kalamansig, Sultan Kudarat. Unfortunately, I did not have the chance to explore the municipality because my visitation was purely job related activity. Last December 26-29, 2015, I felt lucky because I am invited to witness their 54th Foundation Anniversary. Ronan Garcia invited us to witness their festivity. In partnership with him and the SOX Outdoors, we distributed school supplies to the Manobo students of Pungol-Danawan Island and sitio Getang Kalabao in Brgy. Paril. Through that experience we had the opportunity to meet the locals and explore the area.

“Maligayang Kalamansig! Bayang Pinagpala” – as the locals greet you with pride. This greetings was inspired not only for the good vibes that the people radiates but it also shows how blessed they are. For example, Kalamansig was supposed to be hit by a Tsunami last 2014 but it did not happen.

Kalamansig is also blessed with rich natural resources. It is a paradise on earth for its forested covered mountains, amazing aquatic life and mineral deposits. It is a place that is suitable not only for relaxation but also contemplation. Its islets offer an escape from the noisy and claustrophobic environment of the city. If you stay in one of its islets you would not mind the time. It seems like time freezes itself to appreciate the majestic scenery of Kalamansig. In short, Kalamansig is enigmatically beautiful. I do not want to use exaggerated adjectives and eye candy words just to describe Kalamansig. I want you to experience it.

But with this kind of magnificent beauty comes a price. In recent years, Kalamansig experience many threats both internal and external. The effects of illegal drugs, unsustainable practices of the locals up to the irresponsible behavior of some tourists make this place a critical one.

As I talked to Ronan Garcia, I opened up my concerns to him. Although I am not from Kalamansig, we have the same concern. As he relates, the people of Kalamansig have not yet realize the concept of sustainable development in their respective communities. Some locals do unsustainable fishing such as dynamite and cyanide fishing; some do illegal logging; while others do small scale mining. The worst part, the municipality is penetrated with illegal drugs. As he shares, you can buy shabu for P20. It’s a bit shocking for a price knowing the fact that it’s cheap and the younger ones can easily buy it. We cannot imagine if Kalamansig becomes haven of such unscrupulous activities.

Kalamansig will not only need a genuine leader with strong political will but also people who have genuine concern about their future. This is not only the responsibility of a leader. The locals also should take responsibility in building their community. Kalamansig is promising and eager to be developed. With the collaboration of both parties, nothing is impossible. Kalamansig has its own unique beauty that is worth sustaining.