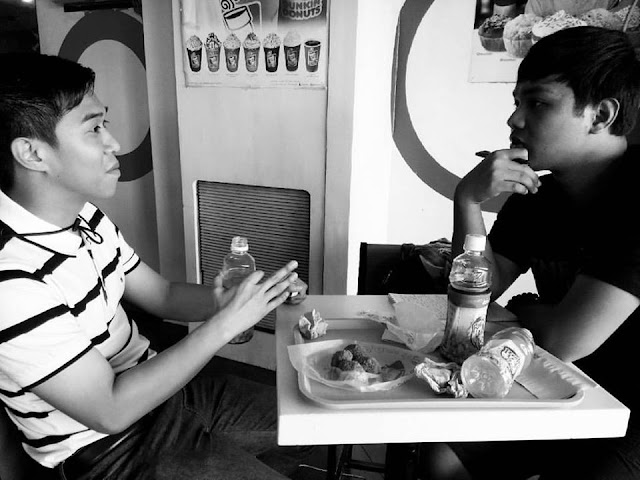 Twenty-eight young leaders from Luzon, Visayas, and Mindanao represented the Philippines as “Youth Ambassadors of Goodwill”. ‘Saligan’ is the name of their batch. It is “inspired by the value of trust grounded on united aspirations to showcase what it means to be a Filipino while building friendships and exchanging ideas with other nationalities.” The Japanese Government sponsored this program for 42 years. It is an annual diplomatic and cultural exchange program whose “goal is to promote friendship and mutual understanding among emerging youth leaders from the 10 participating Southeast Asian countries and Japan.” As John says, they have conducted activities such as institutional visits and homestays in participating countries, discussion groups, cultural presentations, and other goodwill exchanges which geared towards broadening international perspective. Alfredo Diaz, the renowned theater director, and University-Iloilo Professor was their National Leader.

“Being a SSEAYP delegate is not easy,” says John. He applied for SSEAYP in 2014. Unfortunately, he did not pass and felt discouraged for it. When he reapplied for the 2015 SSEAYP, he finally got the slot and made him realize the importance of right timing. “It is timely. It is a blessing in disguise. Although I felt discouraged before I eventually realize its essence.” John is from General Santos City who represented Region XII along with Melissa Gabrielle Vargas from Koronadal City.

Before their notable voyage, they had their Pre-Departure Trainings. John along with other participants had undergone series of trainings to prepare them for the program. “It is mentally and physically overwhelming,” says John. “But it is worth it.”

The fulfillment of his two dreams made the year 2015 unforgettable. The first one was when he got the opportunity to represent Heart and Brains Youth Volunteers (HABYV) to the Malacañang Palace for the Ten Accomplished Youth Organization (TAYO). He presented their project called “Bahay Tuluyan”. It is a dormitory house intended for the Blaan students living in far flung sitios. It was conceptualized primarily for the students who walk several kilometers just to go to school. It aims to make education accessible to Indigenous People living in remote areas.

SSEAYP is the second dream that he fulfilled. His undying determination and genuine volunteerism made him qualified for the program. “I did not expect to be part of SSEAYP. I just tried my luck for the second time and I feel blessed to be in the program,” says John.

Every country that they have visited is memorable for John. It has a special place in his heart. For example, as part of their homestay, he was adopted by a family in Kota Kinabalo Malaysia. The family treated John as their own son. “That experience made me missed my family especially my father,” says John. “I would never forget their love and hospitality.”

“It is also good to meet young people in other Southeast Asian countries and Japan. You would able to know not only their culture but also their values and perspectives in life,” John shares. He felt honored to meet other young leaders in Southeast Asia and Japan. He took the chance to meet and interact with them through group discussions and goodwill exchanges.

Through that opportunity, he wants to encourage his fellow youth to experience SSEAYP. “They should be prepared emotionally, physically and even financially for gifts and tokens for your friends and family. Most importantly they should be prepared to represent their country,” John advice.

SSEAYP also gave John the time to reflect. It is like a journey towards self-realization. It made him realize many things in life. It is like John was reborn from the program to continue his advocacies.

“For me SSEAYP is giving back; whether I am a participant or not, I always give back.”

With the success he attained at the young age, it is interesting to know that he owes his success to people who believed and supported him especially the Blaan tribe. “I owe every blessing to the Blaan tribe. It is always a challenge to give back to them.”

For many years, John along with other youth volunteers is consistently helping the Blaan tribe in Sarangani Province. In spite of challenges, they are still passionate in their advocacies. It becomes an inspiration to many young individuals to support their cause. John’s undying support to the Blaan tribe caught the attention of many agencies in the country. Aside from SSEAYP and TAYO, he is also awarded as National Outstanding Volunteer of the Year (2015) by National Economic and Development Authority-Philippine National Volunteer Service Coordinating Agency (NEDA-PNVSCA).

John has a long way to go. He is a promising youth leader and influential in his own right. His upcoming social and development projects will not only beneficial to the people but also for him as an exceptional youth leader.