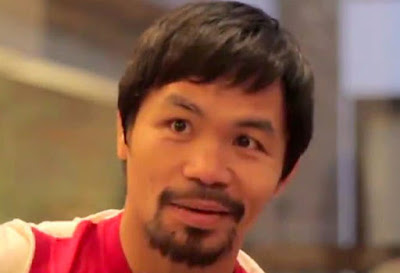 I was not surprise about the comments of Sarangani Representative Manny “Pacman” Pacquiao on same sex marriage. His remarks that gays are “worse than animals” cause a stir to many especially to the LGBT community. He cited Bible scriptures to justify his statement and remain committed in his beliefs. This two-term congressman who now seeks for senatorial seat, apologize for his remarks but did not abandon his belief on the issue. Some may accept his public apology while some may not convince about its sincerity.

“I rather obey the Lord’s command than obeying the desires of the flesh. I’m not condemning anyone, but I’m just telling the truth of what the Bible says,” Pacquiao said in an Instagram post on Tuesday, February 16. He also apologize on his Facebook account – “I’m sorry for hurting people by comparing homosexuals to animals. Please forgive me for those I’ve hurt.”

It is not his first time to give such comments. For me, it is not shocking or surprising at all. Since he became “pious” he always saying remarks in reference with the Bible. But the thing is, not all of us believe on it. It seems like there is a hypocrisy embedded on it.

For me there is nothing wrong with his statement. We cannot argue about his beliefs. But the way he frames it needs to be fixed. I do not know what happened to his PR/Communications’ team on why they did not advice Manny about it.

Thanks to the viral video interview by Bilang Pilipino because the issue of same-sex marriage reappear again. Even though it was not as smooth as we imagine but it helps generate conversations. Who am I to judge him? I am not God neither do him. It is a free country and he is entitled in his own opinion.

The May 2016 election is near approaching. Many political candidates started to flaunt their platforms to lure voters. Since Manny runs for the senatorial race, many would expect that he wins. I do not know if he has time for political campaigns because he is busy for their upcoming fight with Timothy Bradly Jr. Sometimes I got confuse if he is a boxer, congressman, preacher or a puppeteer. But I try to erase those thoughts to avoid stress. I just laugh at it and moved on. Ever since he runs for public office I did not vote for him. Simply because I do not want to dive into the pool of hypocrisy that he and his entourage created.