A real change for Sarangani Province 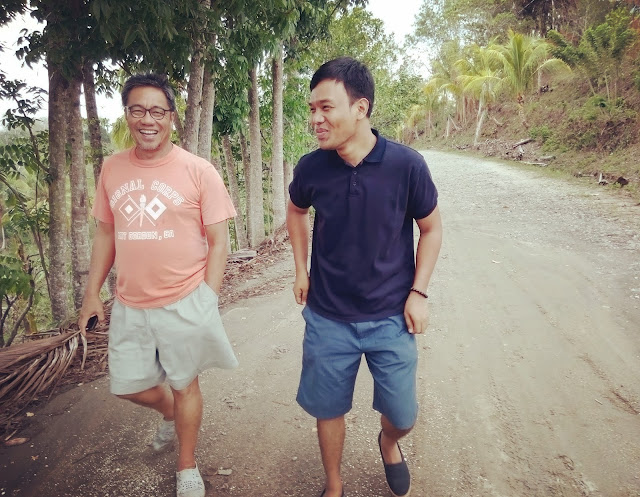 After the campaign of incoming President Rodrigo Duterte, what’s next?”

A question that most Duterte volunteers asked about themselves but few could find the answers. Fortunately, DU30 Sarangani Action for Real Change (DU30-SARC) always has the fire to continue to advocate the things that they care about. This group has evolved into a movement in which it desired to have genuine change in Sarangani Province.

“DU30-SARC is an advocacy group created by like-minded individuals who desires real change for Sarangani Province.” The initial group composed of the Duterte Municipal coordinators from seven (7) municipalities in Sarangani who have met in a restaurant in GenSan.

This advocacy group has initial discussions about some problems in the province. As stated in their Facebook group, they talked about: 1. Review of 4Ps 2. Clean Energy/Pollution cause by Coal Power Plant. 3. Electorate Education. 4. Reinstatement of Death Penalty. These topics are not only discussed in online/offline. They assert that there should be concrete actions thru drafting sustainable policies and educating Sarangans about it.

Edmund Cejar, one of the co-founders of DU30-SARC, decided to include electorate education in the group discussion because of rampant vote buying and selling in Sarangani Province.

He always cites the case of Manny Pacquiao (and his brothers). In the past 7 years, he managed to rise in the political landscape of Sarangani. Although he admired Manny for his contributions in the world of sports, he condemns Manny on his decision of entering in politics. For Edmund, if he really serious about it, Manny should prepare himself for the job.

“The electorate can easily sway to fame, influence, money and threats. How do we break that cycle? We should educate the people about their right of suffrage. If we are able to make people realize by voting the right candidates in the government. It will have long term effect. If people are aware, they would elect the right officials,” says Edmund.

“Educating people about political awareness is not easy,” Edmund points out.

“Most of the people in Sarangani live in rural areas that are illiterate/semi illiterate. These are the first target of vote buying and selling because of their lack of awareness.”

“We have the opportunity to start doing something in the grassroots. Duterte and his team will reform the system on the top, while we educate the people below. Hopefully, we could meet halfway in terms of reform.”

“In a small scale we educate the people. By having educated electorate, it would become constraining factor for the officials who have ambition to run in public office. We should educate the people on how to use their right to suffrage correctly.”

This group is open to all especially to Sarangans who desired real change in Sarangani Province. As we all know, the province is in the 4th place as one of the poorest provinces in the Philippines. We cannot let it go in the top spot because that sounds very alarming. For Edmund being poor is not the real justification to sell their votes. It is just a matter of educating the people to be politically aware.

This year’s election proved that money is not enough to win votes. The incoming President Rodrigo Duterte won because people believe on his platforms. President Duterte has no money. But the people became his political machinery. The people wanted change so badly that they campaign Duterte till the end. In short, President Duterte is a game changer.

President Duterte promised to reform the system from the top. Edmund (and other groups) works on the grassroots to also help raise awareness to achieve the change that we all wanted. DU30-SARC helps initiate online and offline discussions to germinate ideas. It helps make these ideas to be ripened. When the right time comes it will be translated into sustainable policies.

“We find means to get people together. We use the tactics of the traditional politicians but with our own twist. We need a more simplistic approach to make people understand. It needs more effort; we need passionate, committed and dedicated volunteers to do the work. For me the desire and commitment of a volunteer is more important than skills.”

“It’s an uphill battle. When do we start, if not now? We should push it harder because the environment is favorable. We have space to flourish because of the right environment.”

Update: The group changed its name to Sarangani Action for Real Change (SARC) to represent a non partisan group in Sarangani.