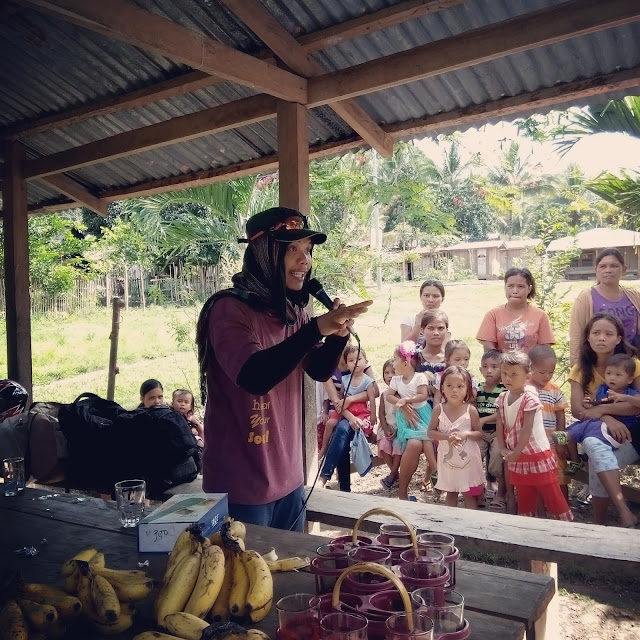 When Hessed Jebss Carisma asked me to help him organize a community outreach, I said yes but with reservation. I am a bit hesitant in the sense that it was abrupt and too close to the day of activity. He asked me on the last week of November and that time my schedule was hectic. I suggested to him that December 21, 2016 would be perfect date for his activity so that there would be enough time to gather donations and volunteers. Fortunately, I was able to ask support from my friends. Some of them donated while others volunteered for the outreach. He initiated the outreach program as one way of thanking the community in supporting the National Greening Project (NGP) of the Department of Environment and Natural Resources (DENR).

I never doubt his capacity to organize the community in sitio Ihan. As far as I know him, he is one of the dedicated and passionate DENR employees in the region whose contributions are not well recognized in the eyes of his superiors. Whenever I see him, I always joke about his look. He is a rugged guy who does not have time to shave his goatee or no time to pamper himself like a red rebel in the mountains. But he is not bothered about it. He is more concern on his service contract than to look like Daniel Padilla.

“The National Greening Program (NGP) is a massive forest rehabilitation program of the government established by virtue of Executive Order No. 26 issued on Feb. 24, 2011 by former President Benigno S. Aquino III. It seeks to grow 1.5 billion trees in 1.5 million hectares nationwide within a period of six years, from 2011 to 2016. The NGP is also seen as climate change mitigation strategy and poverty alleviation program which provides alternative livelihood activities for marginalized upland and lowland households relating to seedling production and care and maintenance of newly-planted trees.”(1)

On November 12, 2015, Aquino signed EO No 193 creating the Expanded National Greening Program, which aims to reforest “all remaining unproductive, denuded, and degraded forestlands” from 2016 to 2028. “Malacañang said there are 7.1 million hectares of such land in the country.”(2)

It is no wonder why Datal Anggas is one of the identified areas for this program. Datal Anggas is one of the far flung barangays of Alabel in the province of Sarangani. The area has picturesque mountain formation like the mountains of New Zealand or in the Switzerland. It has so many potential tourist sites like Solatan and Maliapa waterfalls and Tangis cave. It has cold climate which is suitable for strawberry farming and other recreational activities. The ugly truth about the area is that it has minimal forest cover and an NPA hotspot. It has no good road network and when it rains, you cannot pass through most of its roads due to chocolate like condition of the soil. Habal-habal and Saddam truck could not survive when this scenario arises. 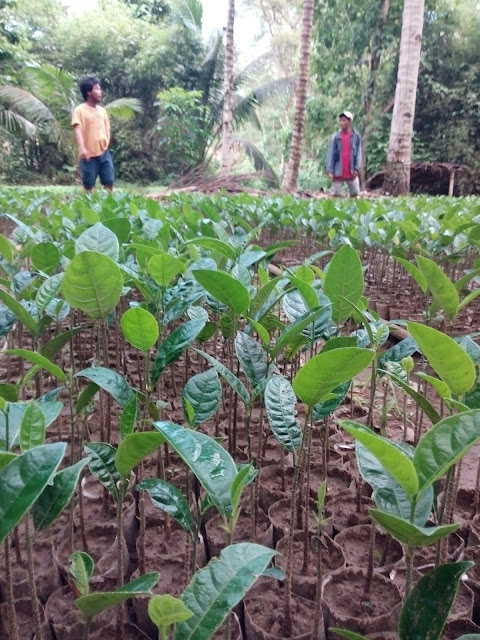 Jebs started on January 12, 2015 and continues to manage it until the end of 2016. The beneficiary of the project is Sitio Ihan Kapye Galabak Farmers Association (SIKGFA). In the span of almost a year in the community, he knows well his job as Forest Extension Officer (FEO).

When we arrived in sitio Ihan, I was expecting that there would be a cultural dance presentation to welcome us. Just like any other Blaan or Tboli communities in the region, I am expecting that some of them would wear their traditional dress and welcome us with their traditional dance. But my expectation failed me because they are not like that. “Basi wala naka prepare,” I said it to myself.

Jebs immediately called the people to gather and group themselves. The younger ones were separated per Grade level. Jill handled the Kindergarten, Kenneth handled Grade 1-6, Aura for Senior High School, Sheena handled the mothers and Jomar was assigned for the fathers. And the rest of the volunteers were busy in the kitchen to cook for our food. I hopped from activity to another activity documenting their assigned tasks.

Ihan has typical houses just like in the lowlands. Most of them are made of wooden materials with metallic roof. As I visited many IP communities in SOX region, I can only count how many of them have remained to live in a Gumne (for the Blaans) and Gono (for the Tbolis). The community has electricity and become updated on the latest episode of Probinsyano or Encantadia. As I roamed around, I first saw two billiard tables and two videoke machines. I asked a local as if I do not know the usage of it.

Some young girls carry their new born babies. An old woman wore a malong which was not made of tabih cloth. I am looking for their sabak but I only saw posters of local politicians. The chirps of birds were almost inaudible because they cannot play in the limited number of tress which surrounded the community.

According to the 2015 report of Commission on Audit (COA), the NGP project is a failure. It did not have a proper implementation and monitoring scheme. Worst, it served as a euphemism for corruption.

Since I am the only person who documented the event, I did not have the chance to stay on every activity. Luckily, I witnessed some of its defining moment when their participants shared their sentiments to their facilitators. For example, Sheena was able to pull out some of the issues concerning the women in Ihan.

The women in Ihan were thirsty for answers. Sheena quenched their thirst through educating them about their rights as woman and how they can empower themselves through knowledge. Even though Sheena is just a 4th year Sociology major at Mindanao State Univeristy-GenSan, she justified her role as facilitator for their activity.

In most cases, the sustainability is the number 1 problem of the government projects especially if it is located in far flung areas. Just like the case of BHWs, the NGP project also faces the same scenario. 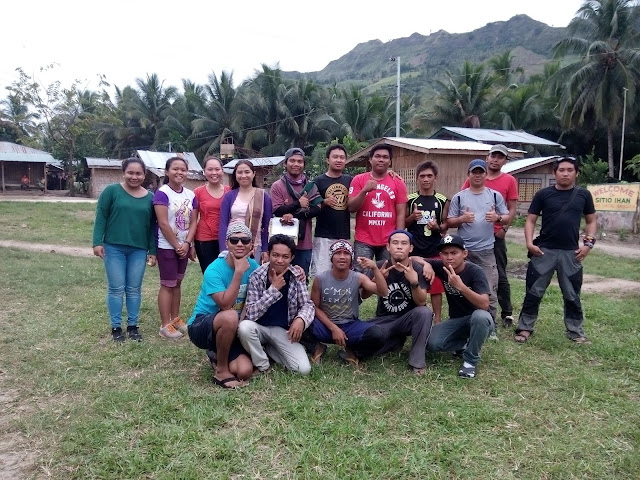 The event went smoothly. Even though he is neophyte for organizing such activity, he did a good job for it. We are glad that the community wore big smiles on their faces.

Despite the challenges he encounters in his job, he is determined to push what is right for the welfare of the community. I just hope and pray that he will be blessed more and his (employment) contract will be renewed. Nowadays, it is hard to find a passionate community worker like Jebs.