The Sketch Design of the 15 Guardians launches in Koronadal City 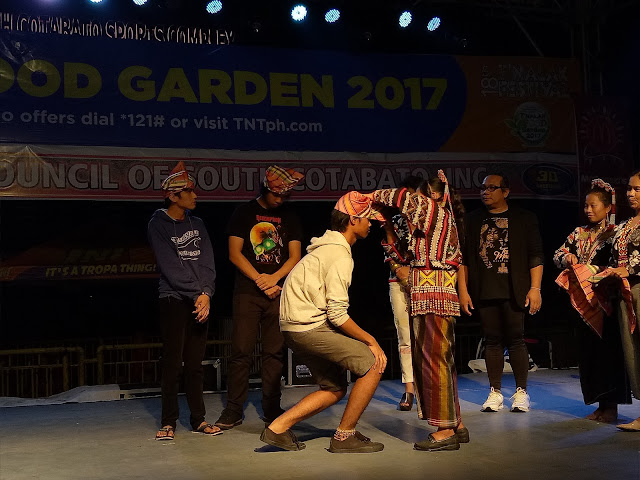 The fifteen guardians of Lake Holon have been given faces by the four students of UP College of Fine Arts. Their art works give life to Tboli’s sacred guardians.

I was invited to witness the soft launching of Sketch Design of the Guardians of Lake Holon. It was held last July 18, 2017, at Tnalak Food Garden during the last day of Tnalak Festival in Koronadal City. This project is a collaborative effort of the Department of Tourism (DOT) 12, the Municipal Government of Tboli and UP College of Fine Arts (Diliman). The Project concentrates on the Development of Design Sketches for the 15 Guardians that will serve as visual representations in the form of sketches and eventually sculpture.The project runs for more than 2 months and continues to follow the necessary process to complete the project. The full launching of the designs will be on March 2018, in line with the Tboli’s Seslong Festival.

The project has three phases. Phase I was Data Gathering. The four students - Christian Fenis, Jakerson Jude Alfante, Gerald Vince Dillera, and Jhon Fred Manaligod conducted research and interviews to the locals of Tboli with initial studies and design sketches. The second phase deals with their cultural immersion in the communities of Tboli. They have experienced Tboli life at the Gunu Homestay with improvement on the Design Sketches produced in Phase 1. In the third phase, the students executed their designs based on their gathered data from the communities.

This initiative is a perfect timing for the municipality of Tboli. The municipality is gaining recognition as one of the important destinations in the SOCCSKSARGEN (SOX) Region after the LGU Tboli developed their natural sites into tourist attractions. Adding to its natural beauty is the establishment of Tboli homestays that serve as reception areas or overnight facility for the tourists. Among the destinations, Lake Holon has taken off. It generates thousands of tourists yearly who trek, immerse in the homestays at the two (2) entry points, enjoy the stories of the community guides/porters/food servers/ performers/horse guides who generally come from the Tboli tribe, and amazed at the view of the “kaldera” like lake surrounded by 15 mountains that, to the Tbolis are Guardians of Holon.

“It’s about time the world knows about Lake Holon and its 15 guardians,” said Regional Director Nelly Nita Dillera of DOT 12. Ms. Dillera hopes that this project would spark national and international interest.