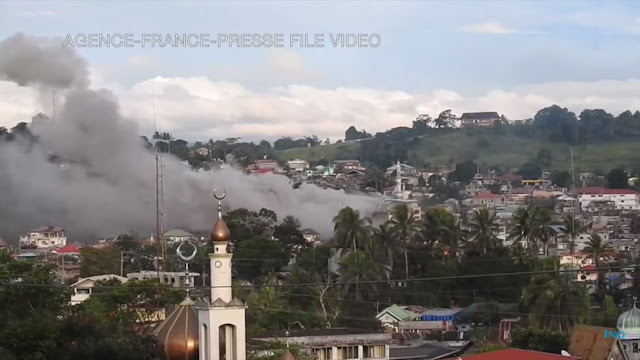 When the news broke out that Marawi had been invaded by the Maute group, I thought it was just fake news. I immediately turned on the TV to validate the report.

Almost all of the local channels showed images of a chaotic Marawi. There were Meranao families, running desperately to escape the city. Some members of the Maute group marched in the streets, urging people to support their cause. Other locals were trapped inside their houses. Many houses had been destroyed because of the airstrikes. “It’s like in a war film,” I remarked. The only difference was that it was real and not entertaining at all. I just could not believe it really happened. I have not yet visited the place. I am planning to, though, but the current situation of the city would says it is impossible, for now.

Marawi City is one of the places in the Autonomous Region in Muslim Mindanao (ARMM) that I want to have an immersion in. It is actually in my bucket list. I want to know the city, its people and their stories. I want to see the majestic Lake Lanao. I also want to visit the main campus of the Mindanao State University. And most importantly, I want to validate some not-so-nice stories about the city.

I heard unpleasant stories about the place - illegal drugs, political conflict, rido, dirtiness of the environs, election fraud, corruption, among others. A friend of mine once said that it is ironic that this city is branded as an Islamic City yet it hosts so many illegal activities. I did not easily buy his story unless I witness it myself. It is unfair for the place and its people. (It is unfair if you only listen to one part of the story.)

The gruesome images on the TV screen lingered in my mind. Since then, I have always thought of the Meranaos who evacuated their place. They are now called bakwits, wandering in search of peace. Some go as far as Luzon just to avoid the war that has been going on for more than a month now. When I think of them, I remember my grandparents and my father who also have a similar experience. I only knew this story from my father, who, like other Moros who fight for self-determination and independence, wants to share this story to the present generation. This story is still relevant up to now.

My paternal grandfather came from Jolo, Sulu. During the American occupation in Mindanao, thousands had been displaced because of the “Americanization” of Mindanao. I did not have the chance to ask my grandfather about his story. I guess he did not want to remember it.

“I’m so lucky,” I said. “I did not experience that horrific part of our history.”

When my father was young, he experienced war during the Martial Law era under Ferdinand Marcos. He was forced to join a Moro revolutionary group to defend his family and the land he grew up with. He did not enjoy his youth much because he was busy defending his land.

“What if the Marawi crisis was not contained and had spread to other cities in Mindanao? What should we do? Where should we go? I asked myself these questions while watching the news.

When Rodrigo “Digong” Duterte became the president, fake news and conspiracy theories now proliferate in the mainstream media. Many netizens are fond of sharing such kind of news not knowing the consequences. As expected, some netizens are spreading false reports about the Marawi situation, even sending chain messages that create panic instead of relief. It seems some people like to take advantage of this chaos.

A friend sent a message to my Messenger account and asked if I could recommend jobs for a lady who wants to work in GenSan.

“From Marawi. She is a fresh graduate from MSU Marawi with a degree in Community Development. She moved to Butuan City after the war broke out.” my friend replied.

“Since she has a degree in Community Development, I’m sure there will be lots of job openings in the humanitarian sector after the war, just to rebuild Marawi,” I said.

“She does not want to go back to Marawi,” my friend said in return. “She wants to stay in GenSan, for good.”

“Oh! I’m sorry. I cannot evaluate her because she’s not here. It is much favorable if I could meet her personally,” I said at last.

For those who did not experience war, it is easy to say things that are far from what they have experienced.

Leave a comment below and let me know what you think.
Thank you
Labels: ARMM BANGSAMORO conflict Marawi Mindanao opinion peace People story